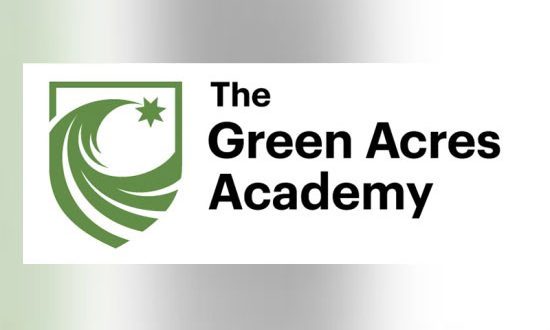 The Green Acres Academy, has launched a campaign for its students on the telling issue of colourism in India. This being as a part of a larger aspect of real-world issues, which the academy consistently looks to expose its students to, in the quest to make them more responsible change-makers and responsible future citizens.

Over the last few months, the students of the ‘Citizenship and Social Change program’ have been working on a project on the subject of ‘colourism in India’. The students recognised that India, is extremely biased with regard to the colour of the skin. Fairer skinned people are often preferred to those with darker skin and are often treated differently. They realized this phenomenon has only become more severe with time. The students being eager to change this notion decided to take this
alarming matter up and find a way towards changing such deep-rooted practices. Speaking at this initiative Mr. Rohan Parikh, Managing Director – The Green Acres Academy said, “We at Green Acres Academy believe that students can be the much needed Changemakers. In order to build these, children need to be exposed and should be privy to real-life experiences which allow them to critically analyse real-world issues. Thus, allowing them to seek ways in which to address these within their communities. We have set out to break this stigma not only by providing qualitative education but by enabling them to be responsible and caring individuals. Leading them to be aware of citizens having a differentiated mindset”

The experiments conducted by the students resulted in students looking into the causes and consequences of skin colour in schools, and its implications on society. One of the major findings by the students was that there were no child-friendly resources on colourism available, especially in the Indian context. They were also exposed to stories of individuals who had faced extreme discrimination based on the colour of their skin. They learned about their experiences, the fears and battles they had to overcome to stand proud in their skin today.

As next steps to the program, the students will be looking to build such resources in different formats. First, through a picture book for younger children, to make the subject a little easier for them to understand. Second, would be to interview people and research stories of change to enable young children to realise that skin colour does not determine a person’s worth or success. They want to share this knowledge with others, by creating a myth buster video that offers perspective beyond what people are used to hearing in their everyday lives. Through this social action project, students are looking to break the humiliation and myth of skin colour in Indian society. They will look to provide more resources for future generations of students to look back on when faced with such stigma or when researching this topic.

About The Green Acres Academy:
Founded in 2013 by The Acres Foundation, The Green Acres Academy aims to fill the gaps in their educational systems in a very pragmatic way – by keeping the parts that work and adding a diverse range of extra-curricular for holistic education, new teaching techniques that leverage proven ideas on how children learn, as well as new ideas on how to structure schools so they function like high-performing organizations. Opening its first campus in Chembur, Mumbai, The Green Acres Academy has grown to two more campuses – Mulund, Mumbai and Wagholi, Pune. The school’s campuses in Mumbai have won numerous awards like “Top Emerging School” award in 2015, placed 4th in the Time School Survey of 2019, and Best Architecture by Asia Fest in 2015 for its Chembur school building. The Green Acres Academy brings together the best of Indian and International education to nurture well-rounded, free-thinking, capable individuals who are rooted in humanistic values of caring for their
fellow man.