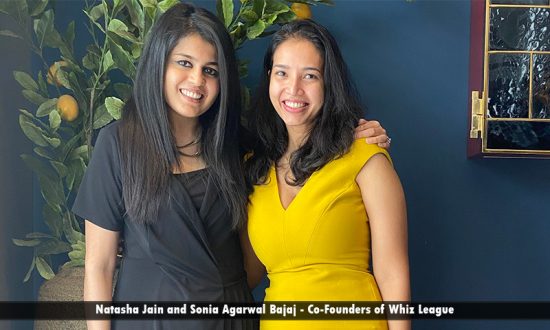 ITI Growth Opportunities led this seed round and members of Stanford Angels & Entrepreneurs India, Maheshwari Investments along with other high-profile investors have participated in this round of investments.

Whiz League is an Ed-tech platform that offers celebrity driven, pre-recorded certificate courses and skill development courses for adults and children. The platform also allows learners with a once in a lifetime opportunity to potentially collaborate with these celebrities and experts in the form of 1-1 mentorship, internships, fast-tracked auditions, access to funding etc. via their Whiz Launchpad.

In addition to the senior modules, Whiz League offers celebrity junior modules that are targeted towards 6-17 years old and allow curious young minds to get unprecedented access to knowledge and inspiration from industry masters. Through these junior classes, children can get early exposure to introductory industry specific skill sets.

“ITI Growth Opportunities is proud and excited about their investment in Whiz League. We are positive about the ed-tech industry, the model, the product and most importantly the executing team to make Whiz League a flagship name in the times to come” says Mohit Gulati, Director of ITI Investments.

In addition to their lead investor, this young start -up has also received investment from members of Stanford Angels & Entrepreneurs India. Stanford Angels has always had a keen eye in the Ed-tech space.  “We are excited to back Natasha and Sonia in the Ed-tech space and believe they have the experience and skills to build Whiz League into a leading company in the celebrity driven Ed-Tech space in India” say Ajay Lavakare & Paula Mariwala, co-presidents of Stanford Angels & Entrepreneurs India.

The platform already features multiple courses in culinary, hospitality, fashion, design and performing arts. Some of the masters featured on the platform include Guru Randhawa, Ranveer Brar, Rocky Star, Priyank Sukhija, Mukesh Chhabra, Jayesh Sachdev and Sonaakshi Raaj. The Whiz League platform has seen aggressive growth in terms of users, content, and engagement since its launch in April this year.

“With over 30,000 users in less than four months, we are elated with our performance so far and are all set to take the Ed-tech industry by storm. Our vision is to create one of the largest learning platforms for celebrity driven courses and skill-based courses focusing on new age professions where a major gap exists.” shares Natasha Jain, Co-founder of Whiz League.

Speaking about the investments and future plans Sonia Agarwal Bajaj, Co-founder, Whiz League concludes, “We are truly excited to associate with investors who believe in our company’s vision and the team’s ability to scale our initial success. The raised capital will be largely channelized towards content creation, customer acquisition, addition of skill development courses and to enhance user engagement.”