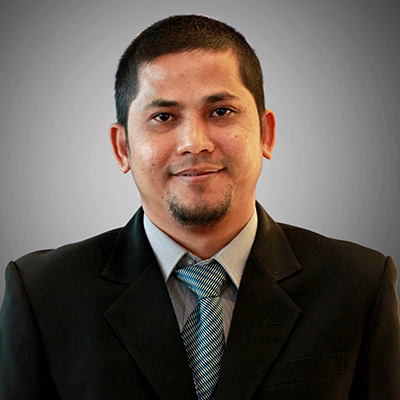 Herwin Hamid is a science teacher in a Middle School in Indonesia. He is active in providing training for teachers in improving their pedagogic skills, especially using and developing ICT in the learning process and to use ICT effectively in order to solve learning problems that exist in the classroom. He has given training for more than 2000 teachers directly.

He was a speaker at several national and regional seminars in which he provided motivation and inspiration to teachers and prospective teachers.

For more than a decade, he has been teaching in a school with inadequate infrastructure including the technological facilities. However, it does not prevent him from chasing his dream to be a good influencer in improving the quality of education not only in his classroom but also for other educators in Indonesia through the use of ICT in learning.

He has received many national and international awards for his dedication to education and for all his teaching and learning innovations that he has created. This led him to indirectly become a role model for other teachers of his country to do innovative initiatives.

He won many championships in Indonesia organized by Ministry of Educational and Culture of Indonesia such as National Teacher Symposium 2016, National Competition of Teacher Creativity 2014 and National Competition of Developing Mobile Learning for Education 2013. Herwin Hamid was awarded Anugerah Ki Hajar Award 2012, 2013 and 2014, 3 years in a row. He also received the National Award from the Ministry of Education and Culture of Indonesia.

In 2015, Ministry of Education and Culture of Indonesia selected him from Indonesia for the prestigious Princess Maha Chakri Award for outstanding teachers in the ASEAN region. This award was presented by HRH Princess Maha Chakri Sirindorn of Thailand. He was also the finalist of The Best Science Teachers Award in Southeast Asia organized by SEAMEO Qitep In Science

He was chosen among 72 Indonesians to received special recognition from President as part of “72 Indonesian icons of Achievement Festival” in 2017 and become the only teacher to receive that recognition.

He holds a bachelor’s degree in Physics Education from Halu Oleo University – Kendari and a master degree in Educational Technology from Surabaya State University.