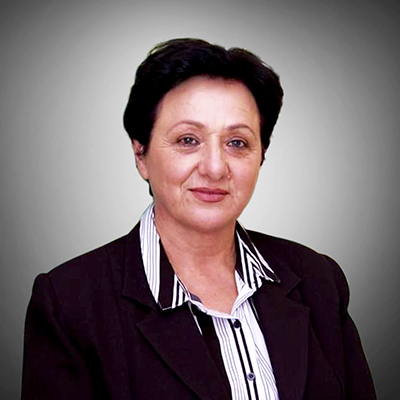 Liljana Luani is world-famous Albanian multi-award winning teacher with over 38 years of teaching experience and out of which past 15 years she volunteered to educate children held by blood feud, these children are in remote mountain villages of Albania.

She has been honored with several awards and certificates for her work with children and families isolated by blood feud phenomenon. In 2012, she was honored with the Universal Peace Ambassador Award and in 2013, the Golden Rose Award in the field of Education. Later in 2017, she was honored with the Courageous Woman Award, presented by Ambassador Donald Lu on behalf of the US Secretary of State. In October 2018, she was awarded the National Teacher of the Year Award in Albania. Later in the same year (December 2018), she was selected as one of the 50 best teachers in the world by the organizers of the world-famous Global Teacher Prize, an annual US $1 million award.

Her work with this contingent of children and their families has never been easy and often to the limit of the impossible, but she has worked hard to give basics of future education to these children affected by the blood feud so that when they come out of this situation they will be able to attend regular school with their peers and could feel equal.

In addition to working with children, she also works as an activist with the families of these affected children especially with their mothers as she strongly believes that mothers are the key factor to promote the education of their children and teach them tolerance, forgiveness and make them trust and follow the law.

Liljana has tried hard to be their voice to the local and national level institutions for the rights of this contingent, as she strongly believes that intervening with education and education policies for this contingent of children, with social policies, employment policies and integration for families and with the strict application of the law by the rule of law structures to this phenomenon would lead to the elimination of blood feuds.