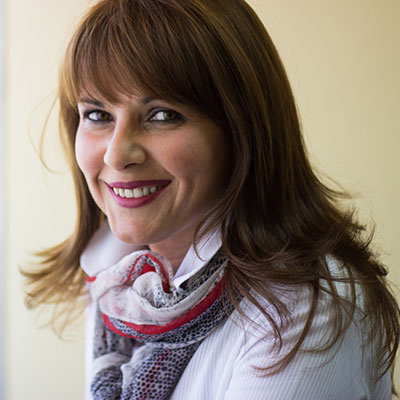 Zeljana is a Western Balkans education leader, who has come a long way from her teacher role to her country’s assistant education minister and later return to her student’s world again.

She has an amazing power of motivation and inspiration, both for students and teachers, various target groups within the non-governmental sector also been benefited with her initiatives on these for decades.

She is a multi-award winning educator from Serbia with an incredible passion for everything she does on teaching and learning.

Zeljana is the recipient of many national and international awards and prizes. One of the most prestigious among those was she become one among the 50 finalists of Global Teacher Prize award in 2018, an annual US $1 million award.  She is also one of the recipients of the AKS Global Teacher Awards 2019.

Zeljana joined hand with a fellow Global Teacher Prize finalist from Macedonia and founded an “Association of the Best Teachers of the Former Yugoslavia”, a network of Balkan teachers for networking, sharing resources and ideas.

She is recognized by “Creative Magic”, the largest educational festival in the Western Balkans, this project reflects everything Zeljana has been creating for 30 years in and out of the classroom.

Zeljan’s popular project “The Magical Village” is a concept of learning under the open sky is based on innovative teaching resources close to children’s interests and their culture of learning. Children learn under the open sky in creative workshops taught by teachers dressed as fairies from Slavic mythology. The fairy tale setting motivates the children to acquire applicable knowledge easily. Across the Magical Village, resources also include ambient classrooms like a crafting centre, magical gardens, weather station, solar dryers, sundial, orchards, vegetable farms, fields, and forests.

Children can see the big picture of the world and this can be used as a method of reforming the existing formal education. In the Magical Village, she has tried to create a symbiosis of the things she experienced through her teaching practice, but also by removing factors that made the learning of her students difficult.

Magical village project was funded by UNICEF within the joint UN programme “Sustainable Tourism for Rural Development “. The programme is designed for children 5-12 years’ old who actively learn about real-life situations through integrated educational activities and acquire functional knowledge.

She is currently working on two revolutionary projects. One is the “Magical Intercultural Friendship Network”, which she co-founded. This network has nearly 1,000 creative teachers and 35,000 of their students from 1,000 schools, from 57 countries around the world. Another important project she is working on now is the “Association of the Best Formers of the Former Yugoslavia”. This project is focusing on professional development and support for educators and parents. Her desire is to create a Balkans Resource Center to professionally train teachers and education leaders from the Western Balkans for providing a better learning opportunity for the future generation.