A World of Changemakers 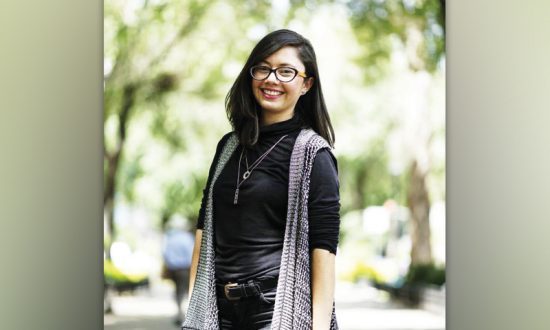 Brenda leads the Children and Youth initiative for Ashoka Mexico, Central America and the Caribbean, and she is Co-founder and Director of Conciencias Unidas A.C. and is part of the global youth network “Global Changemakers”. She has a degree in Marketing and is a Master in Educational Innovation for Sustainability. Brenda has represented the voice of youth in different organizations, movements in national and international events, she is a facilitator of learning experiences to promote change-making and her dream is a world where we have more spaces of hope that allow us to recognize ourselves and act as changemakers.

From an incredibly young age, I began to see the world with eyes of change. Many things hurt me: I saw hunger, injustice, violence, poverty, environmental deterioration, and I wanted to do something to solve each problem. I thought I was passionate about everything, but later I realized that I have an entire lifetime to create the changes I wanted.  Because of this, I reflected that if more people realized and understood their problems, we could join forces to create solutions, but how to achieve it?

Undoubtedly, education is one of the key tools to provoke changes in mentality, to recognize ourselves as capable people with talents, skills and knowledge that can be put at the service of others regardless of our age, academic area, religion, or occupation. In the end, we can all contribute to the common good. With this in mind, I created a socio-environmental education project, “United Consciences.” At the age of 18, I met Ashoka after being selected as a Young Changemaker in the Youth Venture program and, since then, I have shared the vision of “Everyone a Changemaker.”

For more than 40 years, Ashoka has recognized social entrepreneurs, people who dedicate their entire lives to solving the most pressing social and environmental problems in their context and connecting them by joining a global network they take the role as Ashoka Fellows. To date, Ashoka has brought together more than 3,700 entrepreneurs from more than 90 countries, weaving a high-impact global network. This is how Ashoka’s learning arises from its network to co-design new action strategies. A consistent pattern has been that, regardless of their culture, religion, and political systems, entrepreneurs seek to empower more people as changemakers and co-create the conditions for a new culture of change-making by putting young people in charge. Ashoka has recognized that the moment when youth experience and is capable of having a dream, with the support of a team and take action, they´ll activate their power to transform that will continue for the rest of their life, and my story is proof of this. 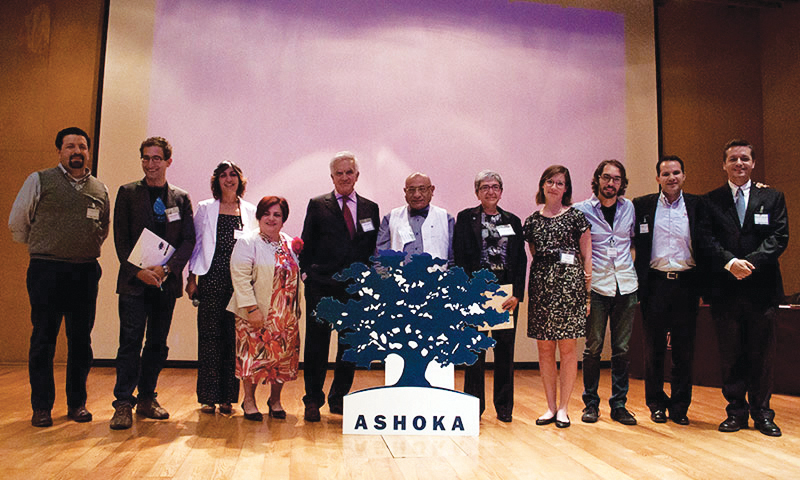 Ashoka promotes actions to build a world where children and youth learn and practice the necessary skills to generate positive changes in their environment. A world where we redefine what success is when we grow.

As Bill Drayton, Founder of Ashoka, frames it, for centuries, human activity has been defined by repetition, governed by a small elite, and contained by rigid hierarchies and monolithic institutions. However, this world is now rapidly giving way to an environment that is fundamentally characterized by change, an increasingly fluid open world that is organized in a massive network.

The World Economic Forum announced that more than a third of the desired basic skills in most occupations will be those that are not yet considered crucial for the current job. McKinsey Global Institute also announces that by 2030, around 800 million jobs will be displaced by new technologies. For there to be an adjustment to the new reality, it is required that people acquire other skills, which generates a great responsibility for education. In a changing context such as today, the challenge is to prepare to cultivate cognitive, social and emotional skills for a future that we do not know and cannot predict.

Faced with this reality, never before in history has there been so many people interconnected, interactive, and so widely influential. Every human action has consequences, and today more than ever, even the smallest actions can have an almost immediate impact. People today must develop and use the skills to navigate the new world, to adapt and prosper: the change-making skills. 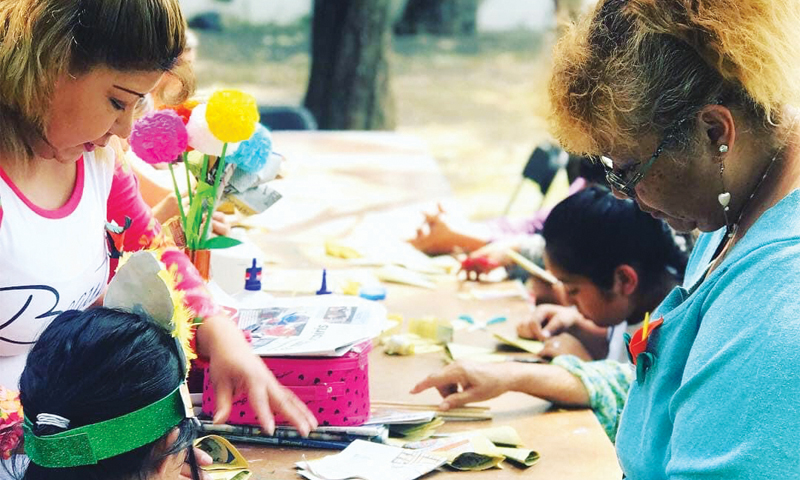 At Ashoka, we have identified a new paradigm for living and working together in this radically different world and have identified four change-making skills in this framework:

Understand the feelings and perspectives of other people and use that knowledge to guide our actions. Empathy is the basis of social cohesion and innovation for decision-making and action.

Power to cultivate autonomous teams and generate synergies that go in all directions with other teams and sectors.

Dynamics of free interaction and horizontal communication, where each voice is heard, and thus better ideas and more leaders flow within a group.

Take our ideas into action to transform our environment thinking critically and systemically. 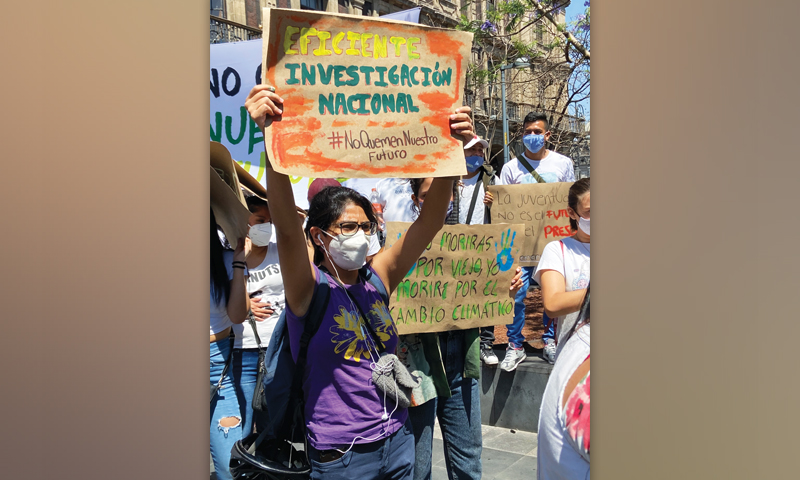 Changemakers do not wait for permission but take the initiative to action, nor rely on hierarchy to lead, but instead form teams and work with other organizations, groups, companies, and collectives. A person can be a changemaker in any organization and from any level of ranking.

Ashoka emphasizes that changemakers are leaders but not the kind we are used to. For much of our history, humans have organized around repetition, which is the opposite of change. Changemakers are leaders who embrace new forms of influence and social interaction, recognize decision-making as an inclusive, collaborative and interdisciplinary process in which everyone has something to offer to the success of a project.

At Ashoka, we believe that becoming a changemaker needs to be at the centre of every young person’s development experience and that the successful organizations of the future will have a culture focused on this new leadership. We believe that each person must have environments and experiences, from birth to adulthood, that are explicitly designed to foster their change-making skills.

We need to transform the way we all grow up and re-imagine what it means for a young person to reach his/her potential or to be successful in school and in life. We need to redefine what success means. Measures of academic achievement and employability are simply not enough, and with these change-making skills, youth will have what it needs to take charge.

Learning to be a changemaker must become the new norm for growth. In this historical moment, it is time for a great change, a great movement. It is time for a new literacy, the literacy of Everyone a Changemaker. 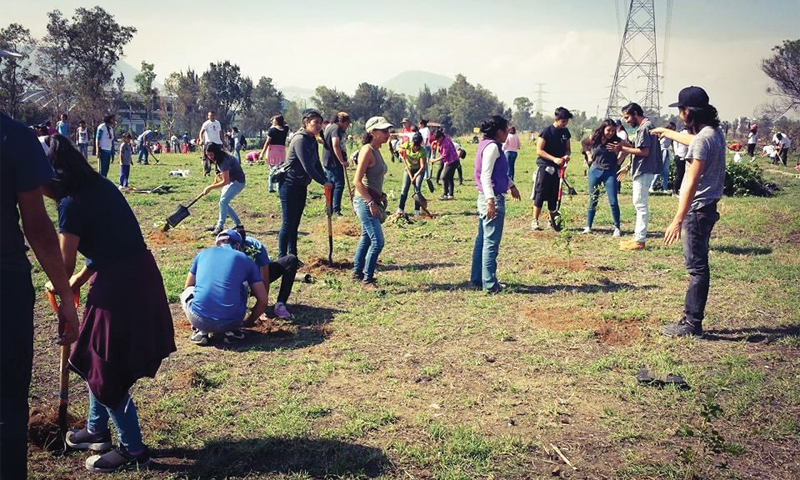 This movement needs young co-leaders worldwide. This leadership impacts locally and on a large scale to encourage more young people to recognize and activate their power of change.

From Ashoka’s outreach in Latin America, we have advanced strategies to bring together a community of educational leaders to co-lead the great change. We work with key players in the educational ecosystem to promote together an education that goes beyond students as people who sit at their desks with their textbooks open to listen to teachers, and that goes beyond tests and homework. It is approaching education in a way that transforms the lives of students, their families, and entire communities. We work with universities recognized as Changemaker Campus for promoting excellence for social innovation and change-making and a movement of Changemaker Schools that base their educational models on empathy and collaborative work. From each country, we promote different transformation actions such as inspiring stories and a Young Changemakers network.

Especially in Mexico, we work through a strategy called Millions of Changemakers, a community of people and organizations committed to promoting and supporting others to become Changemakers through a digital platform that recognizes actions/efforts through their current or new long-term initiatives that promote social impact.

This isn´t enough, we have also built methodologies and resources to inspire and equip more children and young people to become changemakers through inspiring stories, communities of carefully selected young people who learn and work with each other and tools for teachers, educators, and parents to exercise the change-making skills as values at home and at school.

This is how, from a very young age, I have believed in Ashoka’s vision, and now from my role within the organization, I continue to promote actions that connect with my heart: knowing that each person has the potential to trigger the change that wants to see in the world. The vision of an education where students become changemakers who, from inside and outside the classroom, have the power to change their reality through exercising different types of thinking, tools, and skills.

I believe in an education where students become changemakers who, from inside and outside the classroom, have the power to change their reality through exercising different types of thinking, tools, and skills.  From a very young age, I have believed in Ashoka’s vision. Now, from my role within the organization, I continue to promote actions that connect with my heart: knowing that each person can trigger the change that wants to see in the world.

Crushed by Cramming: The Misinterpreted Effort Hypothesis and How to Help Learners Fix the Problem
Building a STEM Environment and Some of the Best Practices Embedded within the Space
Providing Access to Quality-Assured Education to All
Emerging Techniques for Teacher Training to Bridge the Skill Gap
The Role of Initiatives for Raising Awareness
The Rise of 21st Century Skills Innovations in Latin America & The Caribbean
CONTACT US