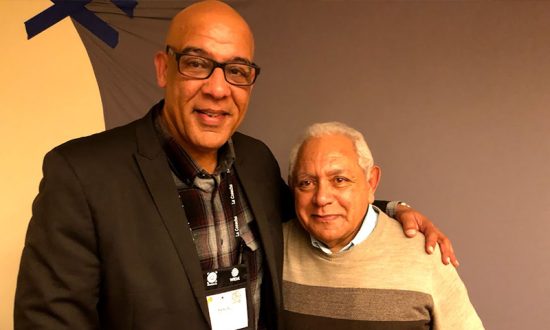 I love reading the writings of young immigrants who come to America because of circumstances they may not control, and they quickly develop views about this country and its promises and tell us about it. Although disadvantaged, they achieve relative success in their young adult lives –despite the hurdles they encountered.

The essays in this book are by high school-age youth who look inwards and to the future. They are young people that give you their most personal, and often soul-searching descriptions of the challenges of arriving in a different educational system, a different language and culture, and who survived and attained relative success. These are essays of struggle, of climate and economic devastations that prompted departures from loved homelands and family, of fears, doubts, culture-clashes, and of wondering-if-I-will-make it; and they are also about the realization that one must continue to pursue dreams and take advantage of all opportunities –as all the now-published authors of these essays can speak eloquently about.

I was impressed by the sincerity and intimacy of the stories, even though some authors may not go deep enough into the educational struggles in their new schools, which adversely affect them and the less fortunate Latino students in a state like Florida; a state that some of us know is not friendly to immigrants and the economically disadvantaged. These stories also reveal future writers and scholars. The stories on Hurricane María are great documentation of the effect and trauma of that climate disaster –they are pieces of gold. While some of us may not politically agree with the political vilifying of Venezuela by a United States whose economic embargo hurts more the people than the country’s so-called misgoverning, we must see beyond that.

The stories that are included in this book are by young people victimized by the political battles among adults who pay no attention to the trauma, despair, and disruption of the lives of the young. Further, the authors of these essays are individuals who are academically more capable than others, regardless of what caused their displacement to Central Florida, and they also seem to come from more stable homes. Regardless, they tell stories that deeply affect us as we read, and they are evidence that the stronger you are in your language and your cultural and social consciousness, the greater your capacity to overcome academic and social challenges. 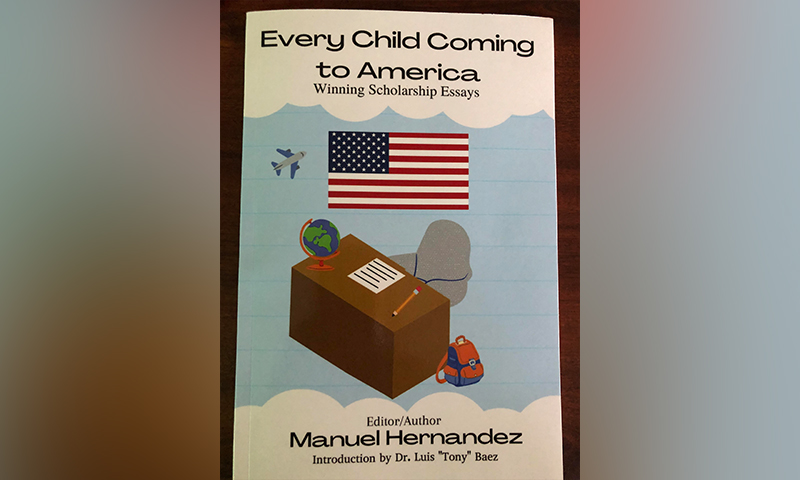 But there is something that runs through the stories of these young authors that cannot be underestimated. What made the most difference in their lives is that when they came to America, aside from their social and educational struggles at the beginning, they found friendly and profoundly committed individuals who told them they could overcome anything. They found a Club, “Coming to America” (CTA, as this club has become known to many). They found a Manuel Hernández: a courageous teacher that started the CTA, provides it with enormous continuity and personal support, and serves as counselor and advisor to the young people that commit themselves to it and its goals of making every young person survive and succeed. It’s his baby, and this is his way of giving back by showing profound commitment to young people. They know he is authentic and believes in them and their potential, and that he is there to help them shape their dreams and plans for their future academic and personal success. He will do this despite what happens with his own future, his battles with his own school’s officials and political and policy figures who he constantly approaches asking for their help to support CTA.

CTA is as a must for schools and every community for all kids coming to America. Hernández is the champion of these young adults. He knows they are making a new home for themselves –as will be shown in their stories; and he gives them hope, and lots of time, because this is an essential element in showing the caring and warmth needed to those adversely affected by social and often political circumstances. They found in him cariño y confianza, y mucho corazón. These young authors advance themselves through their essays, but they also honor and show great respect for his ways. I could go on.

Today, the young authors of this and other CTA books are being recognized all over their community. The Osceola Board of County Commissioners celebrates them; they are interviewed in television and radio; they speak at numerous school and community events; they speak to teachers and administrators when attending professional development conferences; they travel to other parts of the country. In summary, they have become stars and are held in the highest esteem. Surely, all this adds to their academic and personal growth, and all because they join the CTA and have evolved with the club into a lot more than an essay writing circle. It is a CTA that provides them with support and opportunities they would have never had without it. 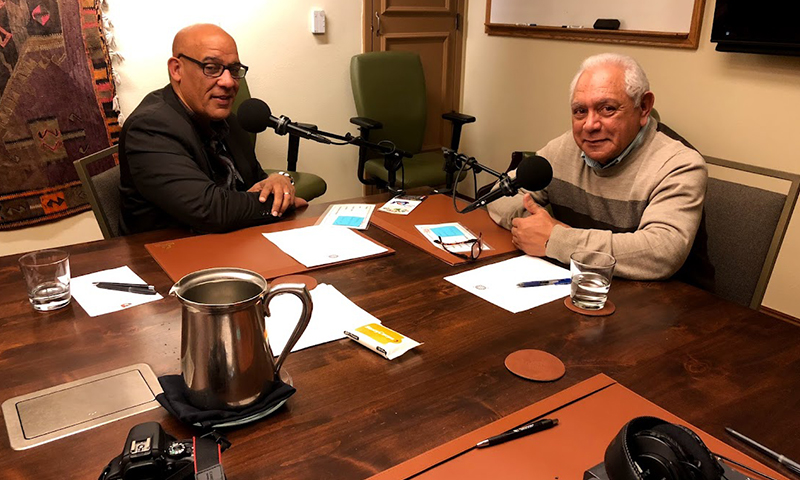 I am reminded of the romantic pedagogues that in the past century were as dedicated to the young. They promoted student-centered learning that fostered their creative capacity. Schools that would provide activities that engaged the young in changing their own community for the better. For instance, in Uruguay, Dr. Jesualdo Sosa, published several pamphlets and then two major books of poems, one of 180 poems in 1938, and another of 500 poems in 1945, that were written by his students in a rural district. He had them writing extensively in his schools. These publications changed the lives of his students. Earlier, in the 1920s, Chilean educator and Nobel Prize winner, the poet Gabriela Mistral, joined the Mexican educator Jose Vasconselos in a huge literacy campaign to reduced illiteracy in Mexico. Mistral prepared scores of young students to teach literacy, mentor other young and adults, and engaged the young in writing curriculum specifically dedicated to the advancement of women in a country dominated by a male culture. Both Sosa and Mistral fought heroically against those that try to stop them, and eventually managed to get the writing of their young creative minds into the curriculum of schools. Even today they are celebrated in many Latin American countries.

There are other organizations in this country that publish the writings of immigrant students. But there is something special about CTA. It is all-around embracing of its members in support of their dreams and aspirations; it engages them in their community; and it causes the educational, media and political institutions to celebrate and shower them with opportunities. The result: these young authors become better human beings who may give more later to society as adults. Hopefully, they will join Manuel Hernandez in the struggle to make America more caring and committed to its young. Let’s applaud CTA for its unique way of turning the young adults that join this club into successes and brighter possibilities for the future.

For over fifty years, Dr. Luis “Tony” Báez has promoted and defended the civil and human rights of Latinos and others, especially of children and youth affected by educational systems. In Wisconsin, he has promoted bilingual and multicultural education, and has helped established school and college-based programs, and other opportunities for the professional growth of Latinos. Further, he has promoted the idea that bilingualism and multiculturalism is good for all of us, and that we need more bilingual and dual language schools.  Dr. Báez is constantly learning about the great educators of the past and present, especially in Latin America: humanist thinkers who fought for schools that are based on a learner-centered pedagogy, as opposed to the austere and alienating focus on a pedagogy that suppresses the intelligence and creative capacity of the child, destroys the disposition to learn, and wrongly measures intelligence through standardized tests.

Unstoppable: How Youth Icons Achieve Extraordinary Things by Manthan Shah
What Makes Man’s Search for Meaning by Viktor E. Frankl a Life-Changing Read?
The Alchemist and Paulo Coelho’s Magical Lessons on ‘How to Follow Your Dreams’
Understanding the Right Signals to Live the Life of a Leader
The Education Paradox
Leading with Passion and Purpose
CONTACT US