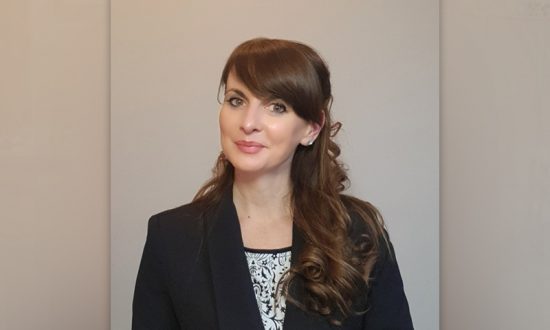 Gordana Pavlovic is a daycare teacher and head of the kindergarten Mrvica, which is part of the Preschool “Decji dani”. She is the author of the blog “Playground for Everyone” and co-author and co-editor of the kindergarten blog “My Mrvica’s Window”, which she writes and manages together with her fellow daycare teachers. Her work on the “Mind Sprint through the Labyrinth” was awarded as an example of good practice in the event Day of Intelligence – Stimulating Intellectual Development 2021. This year, she received her first open badge for innovative teachers awarded at the Science on Stage festival. She considers working with children an exceptional privilege and contributes to the development of her profession by her creativity and love of teaching. Her aim is to help students, future doctors, scientists, artists, and pioneers, to spread their wings and change the world for the better.

Problem solving is considered to be an important skill for the 21st century. The rapid development of technology has a significant influence on the educational paradigm. Educators are faced with the challenge of preparing children for a constantly changing world. To digital natives, as the children born in this millennium are referred to, the use of technology comes naturally. There are two parallel approaches to early childhood education with different views on the use of technology. The proponents of the first maintain that children need “digital diet”, a radical ban of technology, and a change of focus to bring them closer to nature. The advocates of the second approach believe that technology must on no account be excluded from education, and that digital competencies are to be highly valued in both children and adults. A shift in the educational paradigm assigns children the role of active participants interacting with the environment to build relationships that contribute to their well-being. By developing the Realistic Programme in a kindergarten, we designed a number of planned learning situations in collaboration with children, as part of a project conceived as having the working title Bees and Their Good Deeds. The planned learning situation to be presented here was named Mind Sprint through the Labyrinth. It is an example of how playing and solving problems and using new technologies make it possible to simultaneously develop both 21st century skills and Realistic Programme.

Tentatively speaking, the Mind Sprint through the Labyrinth project features a creative race to build a two-dimensional followed by a three-dimensional maze, from various construction elements, building blocks and other materials, on different boards, designed for coding. This is followed by programming Bee-Bot, a robotic bee to get from start to finish safely. The approach to this planned learning situation, was led by the desire to achieve the general goal of developing a disposition for lifelong learning in children, namely, openness, curiosity, resistance (resilience), reflection, perseverance, trust in one’s own ability to be a capable student and a positive personal and social identity. Thereby the foundations for developing educational competencies are laid. In addition to solving problems of different levels of complexity, children were faced with the challenge of working in groups, as a team, having to show not only persistence and perseverance, but also resistance to failure, while, at the same time becoming involved and respectful of others.

Building the child – child relationship through the construction of the labyrinth

How did we create a safe environment for children in building relationships? Using the same construction elements used by children almost every day while playing games, we provided them with predictability, where their previous experiences are a starting point for approaching a newly presented problem. Moreover, this group of children is not new to coding games.  They are good at it and feel safe doing it. Giving the children themselves the possibility to choose the group in which to work resulted in the formation of groups with very unevenly distributed features. Our focus certainly was not on forming uniform groups, because as we stated, all children mastered the materials at their disposal to a greater or lesser degree.  The intention was to set up groups in such a way so as to provide a predictable and safe environment where all the children would feel good. It should be noted that the initial group of participants consisted of children of mixed age, the youngest were 4.5, while the oldest were about to leave the kindergarten and start school. The children based their choice of group also on the affinity for a particular theme (universe, hive …), as well as on the closeness to its members. This resulted in groups that were not uniform in terms of size, and were mixed in terms of age. Building the labyrinth, brought out the capacity of children to develop the skills necessary for conflict management. We saw that while taking part in the construction, they relied on each other and got involved in decision-making and making choices about the shape and size of the maze, as well as planning the paths along which Bee-Bot would be moving.

How did we build relationships through participation? Working in small groups allows every child to leave its personal stamp and contribute to the project. All children were actively involved, and had equal chances to build, program, or share information about their discoveries and enter into a dialogue with other children and adults based on mutual respect and exchange. The educator is in the position to address important questions such as: “What was difficult for them?” “What was easy for them?” “When did they have the most fun?” “Were there situations when they got angry or sad?” “How do the cubes behave as Bee-Bot passes through the labyrinth?” “What did the children easily agree on and what were the points of disagreement?” Through reflection of the labyrinth, the children had the opportunity to be truly consulted and sense that their feelings and opinions matter. 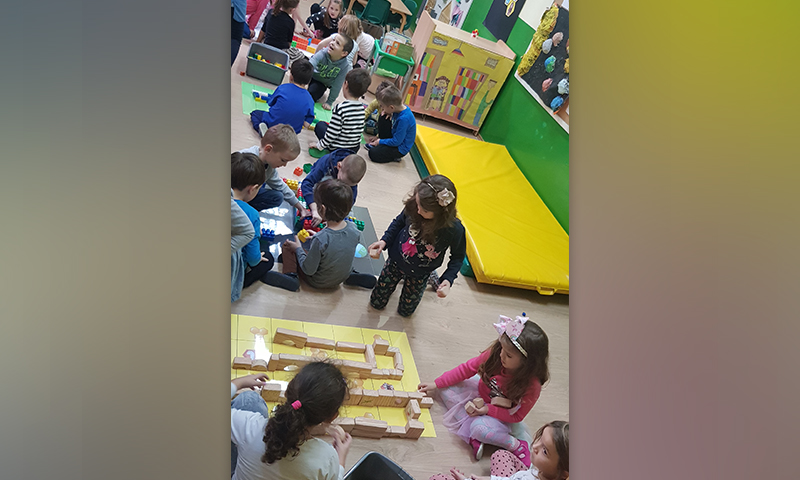 The relationship between an adult and a child is somewhat asymmetric. There are differences not only in the level of knowledge, experiences and skills, but also in power. The asymmetry of power in the adult-child relationship must on no account turn into overprotecting or overmanaging the child. In this case, the educator gives the power to the child to decide everything. The role of an educator is to be the creator of a stimulating environment, an observer who is ready to respond to the needs of children by providing answers to their questions, or capturing an interesting moment they want recorded. Besides, educators are researchers at the same time, because the questions they ask encourage self-evaluation and reflection in children. If establishing a partnership with children is aimed at, the educator must not be a mere observer. The educator as a partner must respect the interests, goals and needs of children and must remain involved. The partnership means having common needs, interests, and a shared job to do. How to spot an educator who has a good relationship with children? It is an educator who knows children well, who developed great sensitivity to children’s needs and can recognize and respect them. Emotional stability and self-control, as well as the control of verbal and nonverbal expression are the qualities of such an educator.

What is the benefit of this kind of work?

The outcomes based on this type of learning are:

– involvement in a creative and purposeful activity

– involvement in decision-making and making choices

– development of digital competencies through play

If we want a kindergarten that fits children’s needs, it must be based on certain values. What is meant by that is following the examples of respecting and accepting, the rights and responsibilities of individuals, as well as equality and inclusion. When we value the process more than the product, when the environment is rich in incentives, based on the principles of freedom, then small masterpieces are made. It is important that children always have a choice to participate or not, because only when there is a choice can they gain independence, learn about responsibility, take an active role in their own life and feel competent and happy.