Generation Z and Its Implications for Educational Institutions and Employers 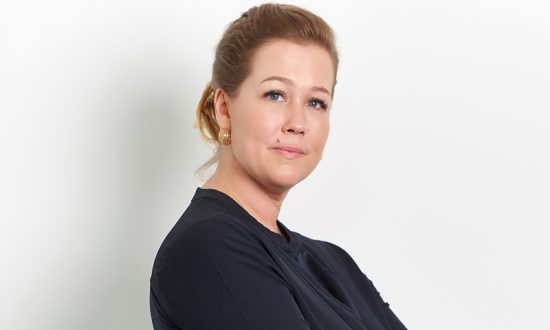 Since her conception of Boosting Business in 2008, Trine Nielsen’s success with the brand bureau in her homeland of Denmark has inspired her to aid and teach professionals and entrepreneurs, helping them understand what becoming an authority in their field takes to hit a global breakthrough. Since then, she has co-founded LinkFacility in Malaysia in 2016, to further her vision in providing guidance and changing mindsets in relation to branding and entrepreneurship. An International Entrepreneurship Consultant, her experience in establishing powerful brand identities has solidified her belief that communication is the most powerful tool for both people and organisations, and she’s got two decades’ worth of international industry experience to back that up. As a member of the Board of Directors in the MDBC (Malaysian Danish Business Council), her mission is to even out the playing field for individuals and small-to-medium enterprises while sparking more awareness about the Danish industry in Malaysia from where she operates on daily basis. Trine Nielsen was awarded the Malaysia Women Icon for her excellence, influence, and her innovative approach to global entrepreneurship in 2019

Generation Z (born after 1995) has now officially entered the scene and sends massive shockwaves through the world of education and business. Referred to as “The Sharing Generation,” or the “Digital Natives,” Generation Z (Gen Z) could not be more different than previous generations. And just as the Millennials (born from 1985 to 1995) before them, this generation is challenging the way learning happens in higher education and how employment works in business.

While many Millennials and pre-Millennials remember a time when digital technology was not integral to daily life, no one in Gen Z has any memory of life without a screen. They’ve grown up relating to digital media only. The digital world is so embedded in their daily activities, it has become essential to their experience of the world and their expression of themselves, which is why Gen Z-ers tend to embrace social learning and working environments, where they can be hands-on and directly involved in the process. They expect on-demand services that are available at any time and with low barriers to access.

Despite their natural independence, the Gen Z-ers ability to process massive amounts of information qualifies them to be excellent students or professional team members. A sincere love of learning is strongly present in this generation and seems to thrive when challenged and allowed being influencers in their school or job.

This first generation of true digital natives is now radiating outward, with the search for truth at the centre of its characteristic behaviour and consumption patterns. Today’s technology has given Gen Z-ers an unprecedented degree of connectivity among themselves and with the rest of the population which makes generational shifts more important and speeds up technological trends as well. For companies and educational institutions, this shift will bring both challenges and equally attractive opportunities for a change in enrolment and retention procedures.

An interesting fact is Gen Z tend to make their choice of higher education based on their passion, particularly in the way the graduation provides access to the career that interests them and rewards them financially. In general, their number one concern related to education is whether or not they will be able to find a good and well-paid career after graduation and careers in technology, such as computer science and video game development is highly sought after.

Today’s challenge in Education industry is Gen Z (and the Millennials too) refuse to be passive learners. They simply aren’t interested in showing up for class, sitting through a lecture, and taking notes that they’ll memorize for an exam later on. Instead, they expect to be fully engaged and to be a part of the learning process themselves. The same expectation apply employment, Gen Z-ers do not work for anyone, they work with someone!

The facts are clear; Gen Z aren’t afraid to take control of their careers. As a matter of fact, since they have learned through digital technologies, rather than traditional learning such as classroom learning of the past decades – if not centuries, they have the confidence they can learn from non-traditional sources and succeed.  What this means is that more and more Gen Z-ers do not see college as a necessary ingredient for success and consider joining a workforce instead of going to college, simply by jump starting in entering the working world as entrepreneurs, which already shows as more than one-third of Gen Z students either currently have their own business or plan on having one in the future.

Of course, the rising college debt is also a factor as to why many are actively weighing the pros and cons of college education and the investment that comes with it. Many choose to invest in their business idea and sees it as best return on investment.

By promoting entrepreneurial education high schools, colleges and universities can and should play an important role in improving Gen Z’s entrepreneurial orientation and increasing intentions toward entrepreneurship.

While they define themselves in digital terms, Gen Z also craves an environment where they can share with and co-create their education and business idea with their peers. And why not invite industrial players to join now when we’re at it?

Several studies show that Gen Z demand a more individual approach, more ﬂexibility in work regarding assignments and schedules, are more independent and are less accepting of organisational hierarchies.

A study conducted in nine European countries shows that “Entrepreneurship education has a positive impact on the entrepreneurial mindset of young people, their intentions towards entrepreneurship, their employability and ﬁnally on their role in society and the economy” (European Commission, 2012). If higher educational institutions offered more entrepreneurial minded vocational education and training programmes for young people who would like to qualify for an industry (High Tech particular), Gen Z may re-consider investing in college.

Combining entrepreneurial education in-service training in the industry or defining the fundamental corner stones of their business idea under guidance of a Board of Governors from high tech and other sought for industries, College may again appeal to Gen Z.

Virtual Reality Based Education: Power of Metaverse
Language Eco-Tourism: The Beginning of a New Era
How Entrepreneurship Equips Learners with Skills to Become the Game-Changers the World Needs Now
What We Need to be Teaching in Schools
Start ‘em Young: How Creativity, Innovation, and Sustainability Mindset Can Be Developed in Young Learners
Transgenders and Their Struggle with Higher Education and Job Prospects
CONTACT US