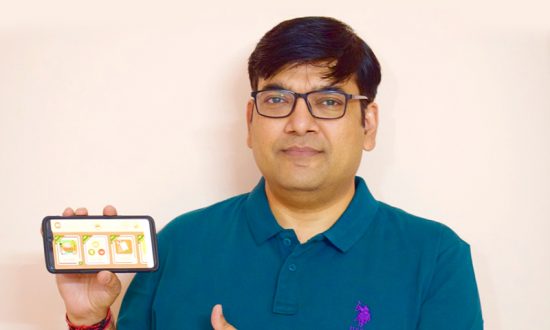 Amit Agrawal is the CEO and Founder at OckyPocky, India’s first interactive learning app for kids. At the innovative start-up that uses cutting-edge technologies like NLP and AI to devise a self-paced learning program for kids, Amit primarily spearheads the culture, strategy and fundraising aspects of business. Having completed his Maths Hons from St. Stephens College and MBA from IIM Bangalore, Amit went on to chart a stellar career graph with highly successful stints at Infosys and YouTube.

Logic philosopher Ludwig Wittgenstein once said, “If we spoke a different language, we would perceive a somewhat different world. Because the limits of my language mean the limits of my world.” This age-old observation still holds water today, when the world has become a global village, and learning multiple languages, especially English, has become more important than ever before.

In India, knowing more than one language is quite common. People may speak Hindi along with their mother tongue which could be any one of the country’s 1000 living languages. Along with this, a lot of Indians are also keen on learning and speaking the English language, since it is the most commonly spoken language in the world.

Did you know that learning multiple languages has many benefits other than knowing the language itself? Studies have proven that multi-language learning can go a long way in personality development and building successful professional and personal lives. Additionally, it is believed that early childhood is the best time to learn different languages. Why? With their nimble minds and natural curiosity, kids can pick up new languages much faster than adults. On that note, here’s a look at some of the benefits of teaching new languages to kids.

Imagine being able to speak to individuals from different regions and cultures confidently and fluently. It is sure to help you feel smarter and more confident. The same is true for young kids. This ability to speak smartly with other kids will also encourage them to learn further, and continue to bolster their confidence levels well through their adult lives.

Language learning can be a great foundation for improved intellectual and cognitive development. Grasping new languages can lend to the brand’s executive functions, making kids sharper and better at concentrating. It can also help them gain essential skills like problem-solving, planning, multi-tasking, among others. Additionally, kids who speak more than one language often have higher IQs, improved reading and writing abilities, greater levels of creativity, and enhanced verbal ability.

Today, every society is an amalgamation of people from different religions, cultural backgrounds, and beliefs. When kids learn multiple languages, they are likely to also learn about several of these religions and cultures, becoming more empathetic, tolerant, and understanding of differences between themselves and others. This can help them gel well in a cohesive society, which is a characteristic of great leadership.

When kids learn a new language, they absorb sounds much better than adults and naturally adapt to the various accents they hear. This gives them an edge over adults, who tend to mimic the accent that clearly deptics what they are trying to say. Therefore, kids can easily learn to speak like native speakers to utilize their language skills to build long-term success in their lives and career.

In fact, considering the rising importance of soft skills like good communication, confidence, problem-solving and empathy, teaching kids multiple languages can become the very beginning of a highly successful future. 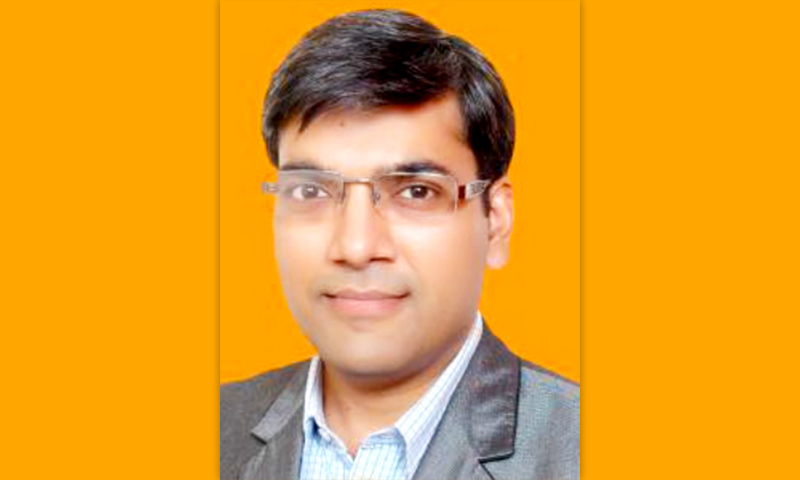 At YouTube, Amit was instrumental in growing the platform from launch to USD 100 million p.a. He formed the early strategic partnerships for YouTube, helping lay the foundation for Google’s online media presence in India. He has also served as APAC Head for Education vertical at YouTube. He always had a vision about using technology for democratization of education for the middle class of India.

He then left his corporate job and established WhizKidz Media and launched OckyPocky in 2017, an industry-leading start-up in the kidtech space. On a mission to change the way kids learn starting at age 2, the app has featured in the top 5 in its category on Play Store with huge daily engagement numbers. Over the next 5 years, Amit aims to enable 1mn+ learners in the early stages to help them achieve their true potential. Committed to doing his bit for society, Amit contributes to several causes such as startup mentoring, underprivileged kids, senior citizens, and girl children. In his leisure time, he likes to travel within Bharat and enjoys music, movies, and books.

Select the Right Subjects in High School Aligned with your College Majors
Regenerating Education by Leading from the Middle: A Reflection Checklist for Districts
Virtual Reality Based Education: Power of Metaverse
Language Eco-Tourism: The Beginning of a New Era
Benefits galore: New-age education tools – Lower operational expenses and much more
Importance of Developing Skills that are Relevant for the Coming Decade
CONTACT US