Home /ACADEMIC VIEWS, EDITOR'S PICK/How Schools Can Do More Than ‘Return to Normal’

How Schools Can Do More Than ‘Return to Normal’

Michael B. Horn, Author of From Reopen to Reinvent: (Re)creating School for Every Child (Jossey-Bass) 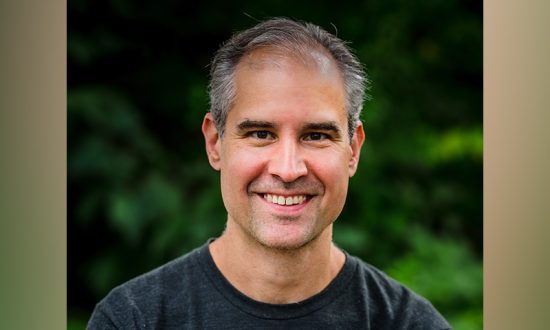 Michael B. Horn strives to create a world in which all individuals can build their passions and fulfill their potential through his writing, speaking, and work with a portfolio of education organizations. He is the author of several books, including the recently released From Reopen to Reinvent: (Re)creating School for Every Child; the award-winning Disrupting Class: How Disruptive Innovation Will Change the Way the World Learns; Blended: Using Disruptive Innovation to Improve Schools; Choosing College; and Goodnight Box, a children’s story.

As COVID-19 began wreaking havoc on schools and sowing devastation for students, educators, and their communities, one of the common early rally cries from educators was “we must not return to normal.”

Educators expressing this sentiment wanted to create a better teaching and learning experience that allowed every single student to build their passions and fulfill their potential. They recognized that wasn’t happening before in schools. If that was normal, it was better to leave it behind.

And yet, as schools have reopened across the country and educators have completed a third year impacted by the pandemic, they have struggled to find the time and space to fundamentally reinvent schooling.

Their time has been swallowed by a variety of more immediate concerns, from fundamental debates around what gets taught to operational and logistical questions around masking, hygiene, air flow, transportation, staffing vacancies, learning loss, and more.

As a result, many schools are slipping back to normal and failing to innovate.

Gilbert’s research found that when there was a “discontinuous” change—an abrupt event in the environment—an organization was able to marshal far more resources to meet the challenge when it framed the change as a threat than as an opportunity.

That means that saying that the COVID-caused disruption is an opportunity to reinvent schooling is not only tone deaf, it’s also unlikely to gain traction.

But there’s a further insight.

Although framing something as a threat caused an organization to marshal the resources to tackle a challenge, it also caused organizations to respond with something called “threat rigidity.”

When this happens, an organization doubles down on its existing processes. That results in more top-down control; reduced experimentation at precisely the time that an organization needs to be experimenting more to adapt to new circumstances; and a focus on an organization’s existing resources, rather than questioning what else it might use to respond to the threat.

When Gilbert studied this in the newspaper industry during the early rise of digital media, he found that organizations that saw the internet as a threat marshaled resources, but “most sites simply reproduced the newspaper” online.

This is, in many ways, what schools did during the pandemic.

Learning loss, reduced enrollments, and more are threats to schools. That has marshaled resources—unprecedented federal dollars, for example.

But it’s also caused most schools to batten down the hatches and try to get back to business as usual, without tackling more fundamental questions around what the teaching and learning experiences should look like.

After defining something as a threat to muster resources, it’s important to shift responsibility to a new independent group that can reframe the threat as an opportunity. In this case, that opportunity is to reimagine the schooling experience.

If there isn’t at least one person in the school system whose full-time job is to focus on the opportunity at hand and innovate, then it’s no one’s job. That’s because the day-to-day priorities of the organization will drain energy away from any efforts to create something new and different.

In other words, the urgent and immediate tasks in front of someone—even if they aren’t important in the long run—will almost always drown out the important but less urgent work of long-term transformation.

Gilbert’s research highlights the benefits of an organization creating a separate entity that has ties back to the parent group for the sharing of certain resources.

When talking to K-12 education leaders, this framework can feel overwhelming and even impossible. How could administrators possibly grant the required autonomy short of forming a wholly new school?

But public K-12 schools have many ways to create an autonomous team.

A superintendent could free a group of educators in a district from their day-to-day roles and task them with reimagining what they might offer. This group might function as a separate team within a school and pioneer either a new classroom model or a novel way of offering a particular subject or grade. The independent group could also exist as a school within a school, a microschool, or a learning pod. It could also create a new school entirely.

Doing this allows a school system to continue to deal with the immediate and urgent concerns of the community while allowing a separate group to do the deeper, more sustained work of reinvention.

Indeed, nearly all the nation’s 20 largest school districts have taken advantage of this insight to offer more full-time virtual schooling than they did before the pandemic.

The key is to escape threat rigidity by arming a relatively independent team of educators absolved from their existing responsibilities.

What should educators do with this autonomy?

They should explore moving to mastery-based learning models in which educators can better personalize learning and help students build their knowledge, hone skills, develop habits of success, embark on robust real-world projects, build relationships, and strengthen their health and wellness.

They should craft more sustainable and flexible teaching models that allow teachers to co-teach and provide students with more support.

They should explore using technology that saves teachers time, extends their reach, and deepens their understanding of their students. Technology can also improve student feedback, offer experiences hard to provide in the immediate physical environment, and automate manual, laborious processes for teachers and administrators.

And above all, they should rethink the notion that a one-size-fits-all school system that pits students against each other in a zero-sum competition is the right answer for developing students and supporting parents.

As educators clamor for more time to reinvent schooling, carving out autonomous zones free from the day-to-day challenges is likely the only way forward.