Identifying and Coping with Dyslexia 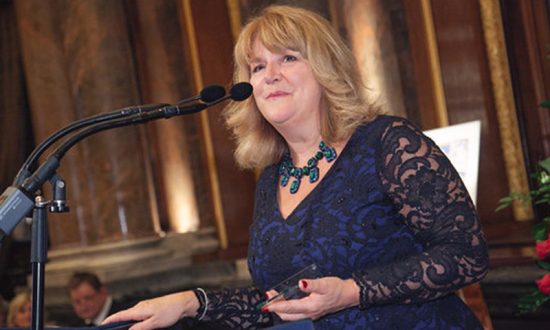 Katrina Cochrane has been a specialist teacher and assessor for over 20 years and was previously Southern Regional Manager for Dyslexia Action and Head of Education and Policy for the British Dyslexia Association (BDA), before setting up her own company Positive Dyslexia Ltd in 2016. She still carries out training and assessing for the BDA and co-wrote the new level 7 Accredited course recently for them. She is part of the Accreditation Board of the BDA and a Board Member of SASC (Standards of Assessment for SpLD Committee). She has co-authored two books on dyslexia and is passionate about raising awareness of dyslexia with parents, teaching assistants and teachers. She has two sons one of whom has dyslexia and dyspraxia

There are many myths about dyslexia that abound, but the facts are that it is genetic, and it affects around 10% of the population. That could be 3 or 4 in each class.

In 2009 Sir Jim Rose defined dyslexia as “a learning difficulty that primarily affects the skills involved in accurate and fluent word reading and spelling. Characteristic features of dyslexia are difficulties in phonological awareness, verbal memory, and verbal processing speed. Dyslexia occurs across the range of intellectual abilities. It is best thought of as a continuum, not a distinct category, and there are no clear cut-off points. Co-occurring difficulties may be seen in aspects of language, motor co-ordination, mental calculation, concentration, and personal organization, but these are not, by themselves, markers of dyslexia”.

Many children in kindergarten are already exhibiting dyslexic traits which should be identified as quickly as possible, so that appropriate action can be taken. Early intervention is always seen as the best way of ensuring that the dyslexic child reaches their potential.

The BDA has an Early Years (and primary /secondary) checklist on their website, which can be a useful starting point. Areas to look for are things like:

Some reversal difficulties such as muddling b’s and d’s can be developmental, so don’t jump to conclusions, but gather evidence from observation to pass onto the appropriate person. A formal assessment of a child doesn’t normally take place until around 7 years of age, but support can be put in place earlier. Most nurseries are very multi-sensory anyway and use visual, auditory and kinaesthetic modalities with all children.

Activities that will support are;

As children progress through school study skills may become more important as well as learning to touch type if handwriting is slow and/or difficult to read. Programs like Touch Type Read and Spell (TTRS) are good because they teach touch typing as well as helping with literacy.

At this point, a full diagnostic assessment or testing for access arrangements for exams may be needed. The assessment will involve a series of tests that will give a profile of the individual’s strengths and weaknesses in several key areas of cognitive ability; verbal and non-verbal ability, short-term and working memory, phonological awareness and speed of processing. The assessment will also involve age-appropriate tests that measure attainment in reading, spelling and free writing. Normally an assessment will take around two and a half hours to three hours, but the assessor will go at your child’s speed and allow plenty of breaks.

The recommendations that are made are usually around;

There may also be recommendations to the class teacher which might include:

Creating a dyslexia-friendly classroom is helpful and what helps the dyslexic child help all children – this might be changing the background colour of the whiteboard or using a default dyslexia-friendly font such as Calibri, Ariel or Comic Sans. Many children find the environment around them can affect their learning, so avoiding harsh strip lighting or even painting bright white walls can help. The shiny laminate paper should be changed to matt as this is easier to read and avoid black print on white paper where possible.

Dyslexia is no barrier to success and many children with dyslexia have enormous strengths as well as challenges and with the right support will succeed.

The Education of Second Language Learners: A System in Plausible Deniability
Educating Generation Alpha
Sense of Belonging is an Institutional Responsibility and Roadmap to Student Success
The Importance of Teacher and Staff Recognition!
Design Quotient In Learning Environments
Gamification of Learning and Introducing Robotics in Classroom
CONTACT US