India – Towards Becoming the Global Destination for Higher Education 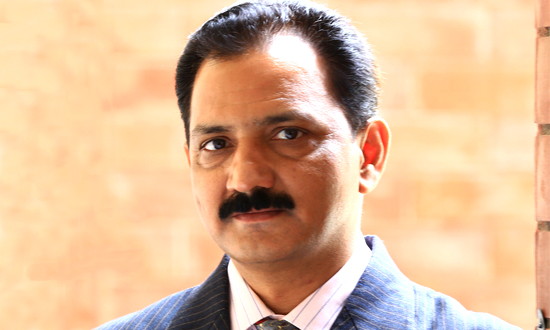 A PhD holder in Economics, Dr. Jitendra’s experience spread over a period of two decades in various facets of Academia. He has published 40 research papers in reputed national and international journals, and has delivered the Invited Talks, Keynote Talks and functioned as a Resource Person for different programmes, conferences and seminars organized by reputed management institutes, Universities; and professional bodies such as ISTD, AICTE and NHRD. Presently he is rendering his services as Director of MATS Institute of Management and Entrepreneurship, Bengaluru. He is also serving as the Regional Vice-President of AIMS for Southern Region.

Higher education is the engine of growth in the knowledge economy. The scope and speed of the prosperity and progress is determined by the quality and scale of higher education in the countries world over. The changing world economic order coupled with the advancement of information technology has created new set of opportunities for the talent across the globe. All these developments have changed the landscape of higher education to match the post globalization requirements including the distribution of demand and sources of supply. These changes have led to emergence of the new streams of programmes, impact/outcome-based approach in teaching-learning, more of domain specific programmes and programmes of shorter duration. Thus, the policy framework and the regulatory framework should change accordingly to cater to the changed requirements of the higher education.

According to the reports of All India Survey on Higher Education 2017-18, there were 903 Universities, 39,051 Colleges and 10,011 Stand Alone Institutions spread across the country. Also, the Gross Enrolment Ratio (GER) in higher education has increased from 24.5% in 2015-16 to 25.8% in 2017-18 which is marginally higher than the GER target of 12th Plan Document. Further, the growth in demand for the higher education is fueled by the increasing income, and demographic change leading to increase in population in the college going age bracket. Contrary to India, in the western countries the conventional institutions are getting closed because of declining enrolments led by the decline in the population in the college going age bracket.  The demographic changes clearly indicate that in coming years the largest number of enrolments in higher education world over will be of Indian students.

Although, India has a glorious past of higher education wherein the modern concept of University style education centres were established as back as around 6 BC at Nalanda and Takshila, after the British rule, the quality of higher education failed to maintain its distinction and the quality of higher education in the country kept deteriorating. Post-Independence, governments have been trying to address the issue of quality in education across the institutions and streams by multiple initiatives. In this direction, the University Grants Commission (UGC), a statutory body was established in 1956 through a Parliament Act and it was followed by the constitution of a number of councils such as, AICTE, DEC, NCTE, Medical Council, Bar Council, Architecture Council and other regulatory bodies to ensure quality of education in the respective domain of education. In spite of the best of intensions behind constituting these regulatory bodies to give direction to the higher education in the country and ensure world-class standards of quality, there has been complexity and ambiguity on account of independent rules and regulations but overlap in functions of each of these regulatory bodies. The regulators have been perceived to be a hurdle in development of institutions, restricting the autonomy of the respective Institutions in innovating the programmes and courses, raising funds for improving the quality etc. rather than facilitating them to innovate and grow.

During the last five years, quality of education has drawn significant attention in government as well as in the general public

Additionally, the lack of financial grants for research, absence of culture of a collaborative research, lack of rigorous research training, and research-based career tracks in academics, constraints due to inadequate infrastructure and facilities in institutions of higher education have resulted in the emergence of islands of excellence and continents of mediocrity.

Over last two decades India has focused on transforming the higher education landscape in the country. It has followed a differentiated three-tiered university system wherein each tier has a distinct strategic objective based on its strengths. Also, the institutions in each category are designed to cater to the different categories of educational needs. Further, considering the socio-economic diversity of the population, technology is being used to ensure access and build balance between excellence and equity.  The higher education reform also focuses on creating a student-centric learning-driven (outcome-based learning) model of education, making teaching an attractive career path, expanding capacity for doctoral students for research at universities etc.

During the last five years, quality of education has drawn significant attention in government as well as in the general public. The initiative has been taken to replace the University Grants Commission (UGC) with the Higher Education Commission of India (HECI) and separate the functions of funding and regulation. Also, Institutions of Eminence Scheme was launched to develop ten private and ten government institutions to match the best of the Institutions in the world in respect of teaching and research. These Institutions are provided with greater autonomy and dedicated funds to develop requisite capabilities and adapt the highest standards in teaching, research and innovation.

The efforts of reforms are reflected in the fact that Indian Institutions are gradually recognizing the need for global recognition for the quality of education and are actively participating in the global rankings. India has been the second most represented nation after China among the 43 countries in the Times Higher Education (THE) Emerging Economies University Rankings 2019 conducted across four continents. There were total 49 Indian Institutions having participated in the ranking out of which 25 institutions secured place in Top 200 in the list.

Presently, India is standing at a pivotal juncture with a potential of becoming an affordable and quality higher education destination for the world. To leverage this opportunity, the country needs to have an integrated long-term Education Policy defining the standards of quality right from the school level to tertiary level of education. The policy should incorporate the opportunities arising from the globally changing socio-economic and demographic order and address the issue of quality across all the levels of education to ensure that the relevant and responsive professional are developed. It needs to make the higher education institutions free from the bureaucratic clutches and government control by fast-paced and sustainable reforms focusing on creating world class institutions of higher education. The issues of equity, access and affordability could be addressed by a separate model of education based on technology, and the focus on quality research and innovation across the institutions should not be jeopardized. A value driven high quality higher education can provide an unparalleled advantage for economic growth and prosperity to the country.

Leading with Passion and Purpose
SEL and Why It Matters to Students
How the Design for Change Methodology Addresses the Needs of Students in the 21st Century
Our Lives on a Continuous Loop – The Relationship between Social Media Use and Wellbeing
Power of Plants: An Aeronautical Engineering Student’s Saga of Generating Electricity from Plants
ENIMO: A Student Startup Promoting STEAM Entrepreneurship Education in Indonesia