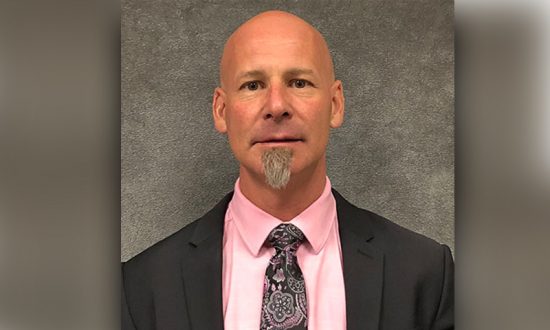 Dr. John C. Bullion has 21 years of experience in education as a Special Education Teacher, Licensed Professional Counselor, Campus Administrator and Special Education Director for a Special Education Shared Services Arrangement in Central Texas. With the belief that each and every child can reach his or her potential with the support of compassionate, courageous educators and communities, his mission has been to move from a compliance-based educational system to one that embraces the unique individuality and differing abilities in children. As the Region 12 Education Service Center Special Education Liaison to the Texas Education Agency, Dr. Bullion has spent the past few years developing resources and solutions for the efficient dissemination of special education resources across the state of Texas.

Are you normal?  Do you think of yourself as average?  Maybe, you have been deemed to be among the gifted in society or among the disabled?  But what if everything you were led to believe about your abilities and that of others was only part of the story about you and them?  Differing abilities have always been present in the story of humanity with certain abilities being valued above others because of their tendency towards tribal tenacity and systematic survival of our species.  When I close my eyes and listen to the wind blowing through the rustling trees on our farm that once was her homestead, I can almost make out those words my grandmother spoke to me when I was a child asking about the peculiarities of those who did not look, talk, or act like me.  “It takes all kinds of people to make the world go round,” she would softly say in her simple yet insightful way of speaking rudimentary words filled with universal truths throughout the day.  She and my grandfather understood the strength that diversity brought to community and the courage that was required to accept others without conditional value assigned to ethnicity or ability.  These values have lived within my own being and manifested in my belief that we must stop “dissing” the abilities of individuals, which fall outside the umbrella of normalcy.

As it turns out, the controversial path leading to many of society’s current assumptions with respect to the valuing and devaluing of specific human abilities should perhaps be reconsidered.  As postulated by Gould (1981), early attempts to test intelligence were flawed with bad science, imposed political influence and racist interpretations, and led to erroneous assumptions that Northern European people were intellectually superior to non-Caucasians.  Gardner (1984) also expressed contempt for intelligence testing due to the limited nature of IQ tests, which only test verbal/language skills and math/problem-solving skills.  His assertion being that results from these tests represented only one part of a complex, multidimensional framework that is the human intellect.  People come in all shapes, sizes, colors, and creeds.  Each is a unique combination of genetic propensity and environmental conditioning.  The degree to which nature and nurture coalesce from person to person cannot be qualified in absolute terms, nor quantified by normative statistics.  Although some believe that the intellects of individuals are fixed traits that cannot be changed by external conditions, others prefer a less deterministic perspective, as did Howard Gardner in his theory of multiple intelligences.  Although these dueling perspectives on human propensity continue to compete for power, our educational systems have collectively placed emphasis on only a couple of the multitude of aptitudes that make up you and me.  To understand where we stand, we must look back at the path, which led us to our current positional perspective on the purpose of public education.

The origins of the current educational system in the United States date back to the Taylorist vision of education, also referred to as the educational factory model (Mooney, 2019; Rose 2016).  According to Rose (2016): “By 1920, most American schools were organized according to the Taylorist vision of education, treating each student as an average student and aiming to provide each one with the same standardized education, regardless of their background, abilities, or interests” (p. 51).  In support of the Taylorist version of education, Edward Thorndike retrofitted these ideas in order to sort superior students from inferior ones (Rose, 2016).  Thorndike’s conceptualization of standardization led to the concepts of gifted students, honors students, special needs students, and educational tracks.  Thorndike believed schools should serve as human sorting institutions in which students with superior brains received superior educational opportunities and those deemed to have inferior brains should be discarded from the school house as quickly as possible.  According to Mooney (2019), the standardization of all things education and the characterization of humans as either normal or abnormal, led to an American model of education, which for many years excluded millions of children from attending school.

Many argue that this collision of worlds continues according to policies and practices predicated on exclusionary silos and systems designed to filter out the managers from the workers, gifted from the average.  With the human condition being standardized and the stakes on high, children have become the commodity in a zero sum game in which winners and losers – haves and have nots – compete for their sliver of learning, always knowing the old adage to be true…to the winners go the spoils.  Children are divided and grouped per ability – their educational fates predetermined – as well intentioned educators ensure that the best get the best and the worst get the worst.  Moreover, politicians and pundits prophesize the potential of “Equity” to be the solution to our educational inequalities, collectively inept of the fact that the system itself shares responsibility for the inequities it produces.  So, how might we collectively make the shift from disabilities to possibilities?

Educating Generation Alpha
Sense of Belonging is an Institutional Responsibility and Roadmap to Student Success
The Importance of Teacher and Staff Recognition!
Learning Management Systems & Students’ Support
Pulling Back the Curtain on Montessori Education
Considering School’s Purpose in An Educational Crisis
CONTACT US