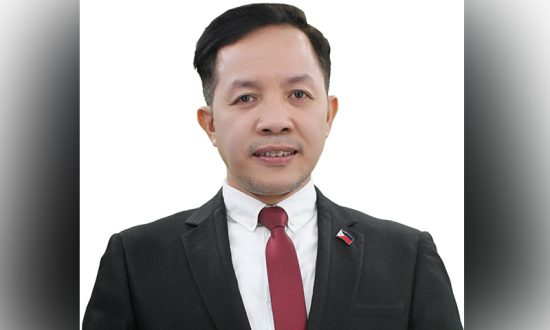 A multi-award-winning Filipino Master Teacher, Speaker, and Researcher from Pampanga, Philippines, Leonilo Basas Capulso, is Senior High School Master Teacher at San Matias National High School, School Division Office of Pampanga, Region 3 of the Department of Education in the Philippines with over two decades of teaching experience. He is a “Dangal Ng Bayan” Award-winning educator. The “Dangal Ng Bayan” Award from the Philippines government is conferred to an individual for performance of the extraordinary act or public service and consistent demonstration of exemplary ethical behavior on the basis of adherence to the Code of Conduct and Ethical Standards for Public Officials and Employees. As a research advocate, it has been his advocacy to promote the culture of research by developing school-based research management in the region. He has initiated research capacity building for new researchers in the government and private schools. His network with other international organizations became a bridge in hosting international research conferences in Singapore, Bangkok, Philippines, and Vietnam.

“Sciencia Potentia Est!” This Latin phrase, normally translated in English as “Knowledge is power” was commonly attributed to Sir Francis Bacon, though sometimes refuted by other writers. The same phrase entails the power that comes along with those who possess this true knowledge, that is, its capacity to control events. True knowledge is said to be more powerful than physical strength because it has the capacity to empower the person to gain great results. Hence, the more knowledge a person possesses, the more powerful one becomes.

However, the advent of modernism and all its complexities give the young generation a harder time distinguishing truth from lies. Recently, social networking sites and other forms of mass media were confronted with all forms of unrealistic and dubious truth, hence, the concept of fake news and suspicious and unreliable phenomena became rampant. This reality confronting the 21st and 22nd-century learners necessitates a critical mind and an attitude characterized by positive curiosity and determined inquiry. All these concerns bring the importance of developing a culture of research among students and the whole academe.

A common definition of research is a systematic process of collecting, analyzing and interpreting data in order to answer a question, solve a problem or understand a phenomenon. As a process, student researchers are guided to follow certain scientific steps in order to arrive at a generalization or understanding a particular event or situation. This challenges students to be more observant and careful not to make a rash judgment to avoid bias results that will violate the norms and ethics of research. Specifically, practical research as a curricular subject provides the learners the skills of inquiry and critical attitude in dealing with relevant problems and issues they encounter every day. The basic statistical tools and instruments will further train their minds to make analyzes and interpretations that will develop higher thinking skills. These skills they will gain will eventually respond to the demands on the Enhanced Basic Education Curriculum of the Department of Education, the K-to-12 Curriculum.

This K-to-12 Curriculum that aims to promote a Constructivist approach in the teaching and learning enterprise challenges both the teachers and learners to be critical and reflective in all their activities inside and outside the classroom. It promotes a problem and inquiry-based instructions such that all subjects and topics discussed are based on recent literature of
research and other related fields. As a result, the learners become critical thinkers who do not accept things at their face value. Moreover, the new insights learned from the sharing of ideas and collaborative efforts will make them relevant to the signs of the times and eventually become productive members of society and of the world.

Educating Generation Alpha
Sense of Belonging is an Institutional Responsibility and Roadmap to Student Success
The Importance of Teacher and Staff Recognition!
Learning Management Systems & Students’ Support
The Changing Face of the Classrooms Today
Montessori’s Different Approach to Teacher Training Leads to a Different Teacher
CONTACT US