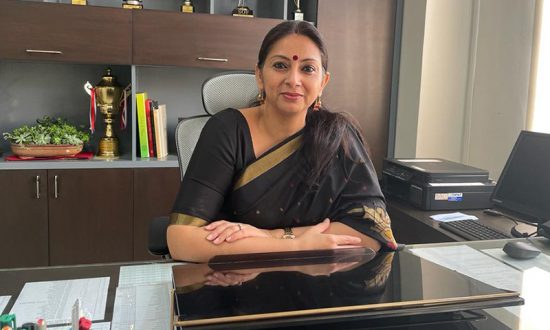 The ushering of the digital era has opened the floodgates of many social media channels and mediums. It is a well known fact that the students are getting addicted to social media, binge-watching, and internet surfing. These activities are insidiously crimping their concentration levels.

Reckless and unbridled use of social media and the internet have reduced students’ attention spans alarmingly. It has also put an end to the reading culture which is considered to be the most important aspect of their overall development and vocabulary skills.

There are many studies that have constantly reported eccentric behavioural patterns among students who use social media excessively. They also tend to exhibit narcissistic tendencies and much worse develop anti-social behaviour. Social media also has adverse ramifications on students’ mental health, with many being susceptible to anxiety-related issues and depression.  Students have an unrelenting urge to constantly check their social media updates and compare their lives to others. It inadvertently causes them to feel depressed.

At an age where they should be concerned with creating a composite, eclectically tolerant approach to life, they are brooding over issues of self-doubt and compare-critique thought that implodes within them. As a result, their academic performances and results suffer.

Apart from fomenting a comparatist attitude, social media has set a barrage of unrealistic expectations humanly impossible to meet. It also affects child psychology and spells out gloom and disenchantment in case of any failure or error. Instant gratification has become a new achievable standard, so chance disappointments are taken way too seriously.
While social media has also championed many humanistic movements and brought a revolution in the information-technology sector, it has nevertheless become a pithole of hate, negativity and trolling. The students’ minds are impressionable, they either get embroiled in negativity or get bogged down by it, facing self-esteem issues. Social media has a manipulating  power to engross people in self-made individualistic bubbles which they do not want to burst.  So there are high chances of them becoming vain and self-absorbed.

Students are not mature enough to handle the whizzing social media trails. It has an indirect impact on their subconscious mind and moulds them towards pessimistic patterns of thinking. They also develop an attention deficit mindset that drifts them to attention-seeking behaviour.  They become more sensitive and less rational which has a direct bearing on their academic life. Many students are found to be suffering from body image and self-tarnishing issues that override their rational behaviour.

Social media also slips students into an unhealthy sleep pattern with late-night binge-watches, unstoppable scrolling, and video marathons. It takes a toll on the cognitive abilities of students, making them even more indolent and lazy. Concentration abilities get hugely reduced by irregular sleep cycles.

The education-life is the one that requires patience, determination, and mountain-sized will, whereas social media makes the students lose their focus and attention span. It ultimately impairs their growth and downgrades their performance.
It is not to say that social media does not have any benefits but it needs to be used with restraints so that the negatives do not outweigh the positives. The lax parenting style is also culpable for the ongoing social media hysteria and students’ fixation with it. There needs to be a balanced approach with a peaceful co-existence. Nobody is untouched by the social media hype and there needs to be restraint with more focus on career and academics.

Overexposure to social media platforms has deeply obtused students’ productivity and output vehemently. If it goes unchecked, it will cause inexorable long-standing problems. It is an urgent need to cultivate a feeling of positivity in the student community and motivate them to not see things as black and white, which social media portrays them to be.
The virtual world has the appeal of entrapment that makes it seem like a reality, so there needs to be a certain level of disengagement practiced by the students to keep themselves sane and grounded instead of being relegated to online slavery. The best gift to ourselves for our  glorious future is to practice restraint when it comes to social media and it would be great if we could practice  abstinence from social media at least for some time to wean ourselves away from its clutches.

Early Years Education Lays the groundwork for a successful Future
Creating an Inspiring Character-based Learning Environment for Students
Convergence of Technology and Personalization Play a Critical Role in the Future of Education
Making the most of your EdTech
Inquiry-Based Learning and Teaching Science: My Experiences as a Teacher
Finding Opportunities in Adversity
CONTACT US