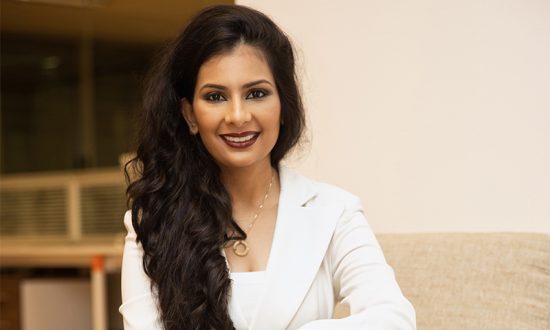 Prerna Jhunjhunwala is the Founder of Creative Galileo, Little Singham- Kids Early learning app. Prerna is committed to delivering innovative pedagogy and has a vision to modernize and upscale the education imparted to children in their budding or formative years. She is a firm believer that a child’s future not only depends on the grades in various subjects but also on their impeccable social, cognitive and leadership skills. She is also the founder of Little Paddington, a chain of highly acclaimed schools in Singapore established in 2015. Prerna holds a Bachelor’s degree in Science from The Stern School of Business, New York University and has nearly a decade’s experience in the field of education.

In an increasingly digitized world, the role of technology in learning starts at an early age

When we talk about childhood learning and development, there’s a Chinese proverb that comes to my mind. It goes like this “Do not confine your children to your own learning, for they were born in another time.” Never before would this proverb have held greater significance than now when the pandemic has confined children to homes and learning is increasingly getting routed through technology.

While the role of technology in education now goes hand-in-hand, what often goes unnoticed is how beneficial technology is in the early stages of childhood. The perils of too much dependency on technology, be it for any group, has been spoken about ad nauseum. But technology, when used appropriately, can go a long way in shaping young minds. Since the development of touch screens, the use of technology in early childhood development has been further accepted as children as young as four are able to navigate through it effortlessly.

Here’s a lowdown on the four development categories that needs attention in the early years and how they can gain significantly through the aid of digital tools:

Physical Development: The development of fine motor skills is one of the foremost aspects of early childhood. It is fine motor skills that help a child learn how to use the smaller muscles of hands, like how to hold a pencil or even play with blocks. Children are attracted by bright colours and moving images, to chase them on screen they will figure out how to navigate through various options on the screen. Using the mouse of a computer or even navigating through the virtual keypad on an i-pad allows this skill to be enhanced. Be it allowing a child to complete a picture on the computer or make them trace alphabets that they see on the screen to a paper, these are ways in which tech helps take the baby steps towards early learning. Tapping, scrolling, swiping has become a child’s play, one that unintentionally allows learning.

Cognitive Development: Often screen time is looked at as a negative impact tool without us recognizing how it aids cognitive development. Cognitive or thinking skills are developed effectively when a child tries to make sense of images on the screen. Through games, children pick up cues in developing non-verbal communication, an important aspect of enhancing cognitive skills.  They are more likely to be engaged without getting bored when they pick up cues from screen through bright imagery.

Linguistic Development: Today classroom pedagogy has taken a new shape where every child is learning using a device. At a time when learning has shifted online for most children, linguistic skills are honed at a faster pace. Bilingualism has become the order of the day. Several apps help children pick up multilingual skills as audio-video visuals leave a deep impact. Infact studies have shown that early learning of languages increase brain’s attention process towards solving problems or performing a variety of mentally demanding tasks at a later stage.

Socio-emotional Growth: This is a necessary soft skill that allows children to collaborate effectively with their peers, parents and educators. So can tech enhance a child’s social skills or emotional behavior? Yes, it can. When a child is engaged in a game, he or she picks up key lessons in collaboration, teamwork and communication. Early influences help shape emotional bonding, say for instance, an educator or parent can engage with the child and find out what kind of an emotion he or she felt after watching a cartoon. A reward point in an app is a useful tool that teaches children a valuable lesson in reflecting on behaviour.

As is evident from the above pointers, making screen time constructive is the need of the hour. As children cross the threshold of primary schooling, they navigate the tech world much on their own. But the role of technology at a younger age has to be shaped with help—one that focuses on intellectual and behavioural skills. The key is to identify the age-appropriate tech tools, present them in a non-linear fashion to children and allow them to have a fun time with the smorgasbord of learning apps at hand.

Select the Right Subjects in High School Aligned with your College Majors
Regenerating Education by Leading from the Middle: A Reflection Checklist for Districts
Virtual Reality Based Education: Power of Metaverse
Language Eco-Tourism: The Beginning of a New Era
Can a humanities student aspire for the Ivy Leagues and a successful career?
How Ed-Tech has Revolutionized the Course of the Indian Education System?
CONTACT US