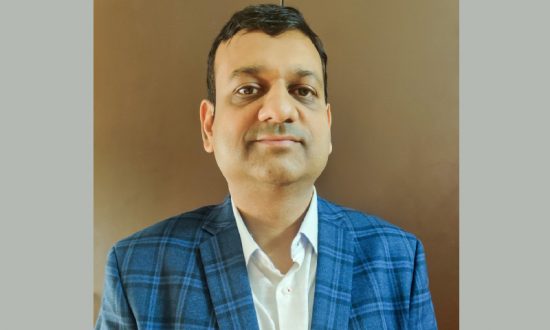 Eduphoria is the idea of Sarang Gangan who has spent nearly 20 years working in the education sector. During these years, he understood the challenges & gaps that exist in the Indian education system primarily driven by lack of quality teaching aids and technology penetration in schools and colleges, especially in smaller towns and cities. The company is contributing to enable the vision of NITI Aayog’s Atal Tinkering Labs to ‘Cultivate one Million children in India as Neoteric Innovators’; by setting up ATLs across the country with a focus on tier2 &3 cities. This year, Eduphoria plans to reach out to 200 new institutions impacting at least half a million students.

Innovation and entrepreneurship will be cornerstones of the government’s vision of Atma Nirbhar Bharat (self- reliant India). It is widely acknowledged that there is a need to position India as an ‘innovation’ destination that builds products. Innovation and product development has been an area where we have been lacking despite the phenomenal growth in the services over the last two and half decades.

The government has firmly taken a step forward in this direction to instil innovation & creativity in the young minds by introducing Atal Tinkering Labs (ATL) in schools across India. It is an initiative by its thinktank NITI Aayog that focuses on enabling the students to learn through hands-on, do-it-yourself mode and correlate the theories learned in the classroom by building prototypes or working models. ATLs are dedicated innovation-based workspaces which expose students of grade 6th to 12th to technologies like 3D printing, robotics, IoT devices and do-it-yourself kits.

Today, ATL is a nationwide program, with over 7,000 labs already operational across the country. These labs are being established in Municipal Schools, government schools, private schools alike.  This initiative is meant to encourage a culture of research and innovation in the schools and inculcate new-age skills like design thinking, problem solving, computational thinking etc.

While private schools are doing their bit to offer the benefits of this initiative to the students, the question is how well the government schools are adopting this new change?

The question is pertinent as government schools are generally seen as having limitations of physical and technical infrastructure, shortages of teachers. Teachers are used for many non-core jobs and execution of other govt programs.  These challenges lead to a lot of differences between how a govt school functions vis-a-vis a private school. Moreover, government schools often have most of their students from lower income backgrounds. Therefore, the student’s exposure may be limited to the resources and facilities available in the schools.

In this backdrop, when ATL labs are being established in government schools, most of the equipments and tools provided are new to students and even teachers in most cases. This poses a challenge to these schools, as they struggle to capitalize the full potential of ATL Lab with their limited resources and infrastructure. However, there is a great amount of enthusiasm among teachers and students alike to overcome these issues and quickly grasp the concepts to carry out activities and build working models.

This gap is also being addressed by companies like ours by deploying training programs to hand-hold the schools initially and bring them to a level where they start managing it on their own. We have seen numerous cases where government school students show impressive learning outcomes, even in remote areas.

We have seen instances where grade 7 students of Govt Naveen Higher Secondary School Choona Bhatti Bhopal who have not used a computer before independently started doing 3D modelling and making prototypes on 3D Printers on the third day of their training program. Such students who had no exposure to even a computer are able to pick up blocking programming quickly. In another instance, Nutandanga High School, a village level government school in Birbhum district, students have created many working projects like Controlling Cars with Mobile Bluetooth, sensor-based lighting system in the lab. They have created many working models and are eager to compete with their fellow students of any top-notch private school from urban areas.

Hands-on training in ATL Labs is strengthening better conceptual understanding of science and laying a strong foundation.  It also offers a platform for mentorship that is not limited to understanding of scientific concepts alone. It is also providing an opportunity for personality development and creating an entrepreneurship mindset. Gradually, the system is shifting the education paradigm from traditional rote learning to hands-on, experiment based learning.

The outbreak of COVID-19 pandemic has also challenged the function of ATL Labs in schools as it needs a hand-on approach and most of the students are not attending the schools. This situation, however, has created more acceptance for online classes. This can be a blessing in disguise as it has substantially brought quality training available to even the remote schools where the resources were not easily available in the physical mode. There is definitely more online activity like mentoring sessions, workshops etc that has also brought industry participation to schools.

The idea of education has gradually evolved—from making people literate, to fostering curiosity and innovative mindset; The focus is now on providing an ecosystem that enables creative solutions to real-life problems. It has leveled the playing field for government school students in both urban and specially in rural areas by giving them the exposure to new-age tools and technologies.  They are getting more equipped for opportunities that the future will offer. These students may turn out to be the biggest beneficiaries of this initiative.

Select the Right Subjects in High School Aligned with your College Majors
Regenerating Education by Leading from the Middle: A Reflection Checklist for Districts
Virtual Reality Based Education: Power of Metaverse
Language Eco-Tourism: The Beginning of a New Era
How Technology can Improve the Admission System in Digital India
10 Most Innovative Schools in Bengaluru
CONTACT US