The Rise of Liberal Arts Education in India 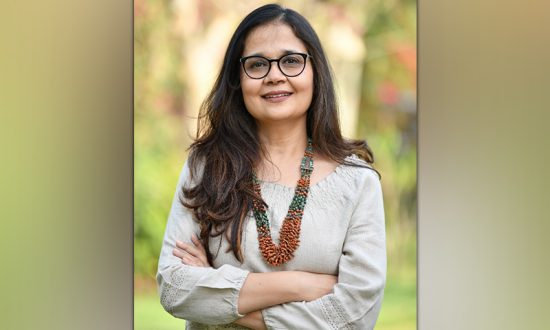 Kavita Parikh is the founder-director of Disha Consultants, a Gujarat-based leading overseas education counseling firm, or as she prefers to call – a most effective enabler for students who aim to pursue studies in North America. Ms. Parikh founded Disha Consultants in Ahmedabad in 2003. Over the years, the firm has helped more than 10,000 students secure admission in top universities such as Stanford, Harvard, Columbia, John Hopkins, and other leading US universities, as well as top Canadian universities including the University of Toronto and the University of Waterloo, among others. After completing her graduation from HL College of Commerce in Ahmedabad, Ms. Parikh pursued an MBA from Xavier University in Ohio, US. Her experiences as a student in a foreign country, the challenges she faced, the requirements for achieving academic success, the opportunities that came her way, were instrumental in her decision to launch Disha Consultants.

Science, Technology, Engineering, and Math (STEM) education has always taken precedence over liberal arts education in India. STEM subjects have also been considered far more valuable for today’s digital economy. However, there is a rising tide of thinkers, educators, and students who believe that a liberal arts degree is beyond valuable. It is the need of the hour. A degree in liberal arts brings forth an essential skill set that is otherwise lacking in STEM students. The German concept of Bildung is useful in understanding the importance of a liberal arts education. Bildung emphasizes the development of an individual’s unique potential and self at the center of any educational process.

Though the world is rapidly changing, Indian students are not changing with time. They lack basic soft skills and communication skills. Indian students are stuck in the ancient method of cramming data and rote learning which ultimately leads to the absence of long-term memory retention. While institutions around the world emphasize creating profound world views for their students, the Indian higher education system is solely outcome-oriented. A degree in liberal arts can break this tiresome monotony.

Up till now, the Indian education system has solely focused on early specialization. Although specialized liberal arts colleges in India are still in their nascent stage, established only about a decade ago, they are beginning to gain traction and wider popularity among the student base.  According to National Education Policy 2020, “A liberal arts education enables one to truly develop both sides of the brain – the creative and the analytical side.” Liberal arts courses focus on four main areas of study. These are arts, humanities, natural and social sciences. A liberal arts education enables college students to develop intellectual abilities, foster creativity, and promote independent thought. It also prepares students for today’s dynamic workplace, specifically problem-solving skills and adaptability.

Modeled after the British, the Indian education system for decades has promoted specialization and professionalization. The system is often known as a “sea of mediocrity”. A recent study indicated that India’s STEM students fail to gain critical thinking skills in the first four years of education. As a result, a majority of graduate students churned out of Indian education system are deemed unemployable due to their lack of a basic skill set required in the 21st century job market. A liberal arts centric education focuses on all round development and in shaping students’ capacities in intellectual, aesthetic, social and physical spheres.

One of the biggest concerns of liberal arts education is job security. Unfortunately, in India liberal arts is also misconstrued as not equivalent to its mainstream counterpart. Majorly so because of the narrative of securing a decent job as the outcome of enrolling in a degree. However, this is gradually changing as Indian students are more focused on getting a holistic education first and securing a job as a secondary goal. Moreover, a liberal arts degree offers more time and flexibility that opens the doors to more exposure over the years which leads students to make more informed decisions regarding career choices. Some of the top spaces where a liberal arts education is essential are public policy, social and development sector, global diplomacy, social sciences, journalism and content creation.

An education system is designed to tap into the intellectual capacities of young students and gradually allow them to evolve. After all, our intelligence is what separates us from other life forms. A liberal arts degree provides students with skills in independent critical and analytical thought. Universities in India that have launched independent liberal arts programs are very young but they have a great system to help students build their professional portfolios.  Going forward it would not be surprising if these are looked as a mainstream education choice.

Why Overseas Students Should Consider a Canadian Ministry of Ontario Education
The Importance of the Montessori Method & How it Translates into the Classroom
Sustainability in Higher Education
Early Years Education Lays the groundwork for a successful Future
Parenting in a Digital World
10 Tips to Study Smart – For Bank, Railways, SSC & Other Govt. Exams
CONTACT US