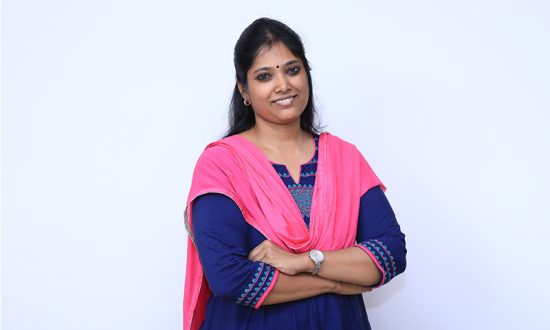 Latha Jayaraman is a Political Science Facilitator and MUN Advisor at Yuvabharathi Public School, Coimbatore. She holds a Master’s degree in Political Science and Bachelor’s degree in Education. Holding a degree in Law as well, she is an eloquent speaker and a Senior Advisor for the school’s Model United Nations club. She has a decade of teaching experience and staunchly believes that pedagogy enables and equips children with life skills. She has a deep passion for writing and has a strong conviction that today’s youth have the power to change and revolutionise the world.

“He shows no sympathy for anyone. He loves only his phone.”

“She lives only in the media world. Not here.”

“He has no commitment towards his family or the nation for that matter.”

“She just locks herself up in her room and never comes out to establish face-to-face communication with us.”

“He has no respect for elders. Look how he talks! It’s all the impact of the movies he watches!”

“Foul language, bullying, cheating – the trademark of the present generation!”

Upon examining a little deeper into this aspect, we come to a realisation of a few facts –

Are our children facing the dearth of inspiring personalities as their role models to mimic? Or just like every other generation, are they also behaving the way technology directed them towards?

In some Indian households, we would have come across the grandparents claiming to have had deep respect for their parents, elders and teachers that triggered the habitual gesture of standing up everytime they walked up to them. But do we realise that it is the impact of technology that has built this value system which was almost absent in the forthcoming generations?

The Baby Boomers belonged to the pre-cellphone era and had a large family facilitating face to face communication with one another. Radio was the only form of entertainment which was operational at fixed hours and which also broadcasted tales from epics depicting value systems.

Growing up in such an environment with so many adults to monitor them, resulted in displaying fear and respect for the elders. During this period, people were respected for the virtues that defined them.

Generation X wouldn’t have respected their parents and the elders the same way. Did we then call for a situation and declare that there was a decline in the value system? No.

With the introduction of computers for the first time and with lesser adult supervision, and with the gradual decline of joint families, Generation X grew up to be more independent, ambitious and creative with lesser fear towards their parents. They were the sons and daughters of a generation that was hard hit due to the phenomenal political changes that affected the economy drastically. They went behind the world of opportunities that technology had provided to them. Music and television were forms of entertainment that enabled them to embrace different cultures and thereby developed a global vision.

Nevertheless Generation Xers respected the freedom of others and consequentially the Millennials explored the freedom that they were given. The massive advancement in technology introduced them to a world of social media and the nuclear family set-up had almost enabled the Millennials to engage themselves independently. The parent-child relationship also took a new shape. They treated their parents more as friends. The Millennials attended educational institutions that provided scope and exposure to socialise.

Generation Z and Generation Alpha are digital wizards who effortlessly handle technology. This ability of theirs in handling technology can sometimes be intimidating to the older generation or can probably exacerbate the generational divides. Inherently gifted with this mastery in manipulating technology using their finger tips with such ease, the world looks at them with such awe and expectation. Generation Z breathe and swallow technology. Their tech dependency prevents them from establishing a face-to-face connection with the world outside. Their pride possessions are smart phones, laptops and gaming consoles. Social media, information saturation, and rapid advances in physical technology have assimilated into the Gen Z’s psyche in a fundamentally unique way.

As a result, instilling values onto them becomes a difficult task but not impossible. The media world that they observe has both positive and negative aspects. Sometimes the media tends to become a threat to public order and can viciously victimise the psyche of youngsters.

Quite often we may wonder what kinds of addicts our children are to the media world, but it was we who introduced technology to them. We accuse them of not obeying us blindly but little do we realise that it was we who introduced scientific inquiry to them to validate the findings and not merely go by pronounced theories. Due study has to be made to figure out the way the Generation Z and Alpha behave. Before accusing them of any misbehaviour, it is better to understand the trigger that caused them to behave in a particular way or not display the values taught. Lack of mentors around them, with one or no siblings at home, with violence and corruption being rampant and loneliness spreading its tentacles wide, this generation have helplessly taken refuge under the huge umbrella of the digital world. Using it, they have explored ways to fulfill their ambitions and commitment towards the society they belong to. But for all that we know this generation in discussion has exhibited a large sense of observation, awareness and responsibility which has not been valued much by us. The generation is extremely sensitive to the mishaps happening around them. They have the inclination to question arbitrary exercise of power. They participate in protests and rallies often to show their resentment against injustice.

What were values for one generation never remained the same for the next. Sometimes the same value is being displayed in a different way. While we must have revealed our patriotism through watching the Republic Day parade and by singing the national anthem diligently, this generation paints their face to the colours of the flag, wear caps and wrist bands representing their country.

There are instances where they have shown their compassion towards the needy and the ones suffering. In the current pandemic situation, observing the plight of the people who were suffering, children came forward and ran from pillar to post to help them. From raising funds to fetching beds for Covid patients, the children have done extraordinary service and have expressed compassion towards the society that they live in. The story of Satyam Jha, an 18 year old DU student who helped Covid patients find beds and oxygen and who later succumbed to the infection and died in May 2021 is a testimony to the fact. In October 2020, Adhiraaj Sejwal took out Rs. 12500 from his piggy bank and deposited the fees of 5 students who could not pay their fees. Not just that, he went further to raise funds to pay the fees of 100 students. In May 2021, 8 year old Danshika donated her savings of Rs. 2500 towards Chief Minister’s Public Relief Fund for Covid relief.

All these conclusively state that the present generation has strong value systems which they have displayed using social media as a means to reach the needy at large. They have social sensitivity, empathy, responsibility and concern. A little bit of understanding and empathy can help us unravel the true nature of this generation. Unfortunately these children belong to a generation where role models have become endangered species. All that they see is the digital world. Media must assume a great deal of responsibility and lead them in the right direction.

Not that values are deteriorating. It is just changing along with the changing times.