Home /INDUSTRY, INDUSTRY PERSPECTIVE/Why is Inquisitiveness a Food for the Growing Students?

Why is Inquisitiveness a Food for the Growing Students? 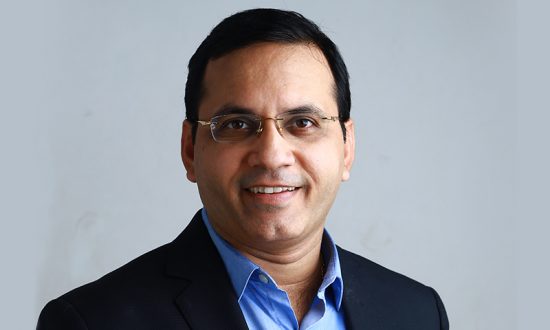 Vivek is a relationship, result-oriented, and network-driven professional with over 60k hours of experience from the Consumer space across Urban and Rural Retail covering Modern and General Trade, Ecommerce, Digital Marketing, Youth Marketing, and Influencer Marketing areas. He has played multiple roles at Leadership position managing large teams of people. He has worked across varied sectors including Retail, FMCG, Fashion, Pharma, Wellness, and Toys with extensive travel within India and various international markets.

Students at a young age have to go through a series of ups and downs. As they keep moving from one class to the next, their weakness starts to haunt them even further. The ones who may not be getting good grades may not necessarily be weak – it’s just that their ability to ask the right questions might be a limiting factor!

Let us begin with a short story –

The 1st period was Maths and Divya had her heart beating …thinking about what she would do when her teacher is going to ask her to solve a question in the class.

This isn’t a surprise and was told to her a few days back.

When the topic was getting discussed a few days back in the class, she didn’t ask any questions although she had a number of them in her mind.

Why did that happen to her?

Well, she has been holding that belief of what will others think about her question

And as an introvert or someone who engages only with a close coterie of people, she was reluctant

Does this situation connect with you?

Well, this is what the scenario is for a lot of students today.

We can also say that this is synonymous to Curiosity and it implies as the desire for learning more or eagerness to know and learn new things.

What is the way that one achieves this objective?

By asking and relating more to any given situation. An example could be how a young mind goes to a place of interest during their school trips or with their family and are keen to know a variety of things about that place.

Why is this aspect so important today?  Wasn’t that the case earlier?

Yes, it was always important however – its importance has been growing at manifold levels.

The entire world of inquisitiveness takes one deeper asking the Why, What, When, Where, How, Which type of questions – It all depends upon the context in which anything is getting discussed.

Here are lists of things that could be done to enhance this skill amongst our future leaders:

To summarise, these pointers are leading the young student to gradually become a better professional and have the sense of self-awareness and self-confidence to deal with resilience thereby being future-ready.

Having this in place also means that one has been nurtured with a strong base on which one could grow appropriately. It would be akin to the growing years of any tree for it to gradually generate a lot of fruits and last many seasons.

Time has come for our young minds to move beyond IQ and EQ and start to embrace CQ i.e, develop their Curiosity Quotient and in turn become more inquisitive and open to newer experiences. It’s just that now is the time to make it an integral part of formal education.

Select the Right Subjects in High School Aligned with your College Majors
Regenerating Education by Leading from the Middle: A Reflection Checklist for Districts
Virtual Reality Based Education: Power of Metaverse
Language Eco-Tourism: The Beginning of a New Era
Looking beyond Ivy League and top tier Colleges: Unconventional study abroad destinations on the rise
5 things to keep in mind while choosing an ed-tech platform for your children
CONTACT US