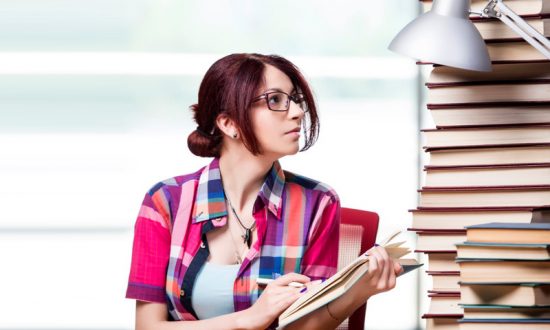 Thinking out of the box is an expression that should not be reduced to the corporate world. It should also find a place when choosing electives and career building options, as there are only so much engineers, medicines, architects, accountants and lawyers that the world has use of.  For those of who do not know what to choose apart from the ones mentioned above, we give you a tiny sneak peek into a course list that you thought were not serious enough.

Ethical Hacking
Although most must have heard of this, not many know what this entails. Ethical Hacking is also known as Penetration Testing. Ethical hacking means intruding/penetrating into system or networks to find out threats, vulnerabilities in those systems that a malicious attacker may find and exploit causing loss of data, financial loss or other major damages.  It enables to improve the security of the network or systems by fixing the vulnerabilities found during testing. The hackers may use the same methods and tools used by the malicious hackers but with the permission of the authorized person for the purpose of improving the security and defending the systems from attacks by malicious users. You will also be pleased to know that once you learn this, you can be a Bug Bounty Hunter or be a part of a bug bounty program. A bug bounty programe is a deal offered by many websites and software developers by which individuals can receive recognition and compensation for reporting bugs, especially those pertaining to exploits and vulnerabilities.

Gerontology
Gerontology, as defined in the Merriam-Webster dictionary, is “the comprehensive study of aging and the problems of the aged.” Gerontology should not be confused with Geriatrics. Geriatrics focuses on the medical conditions and disease of the aging whereas gerontology is a multidisciplinary study that incorporates biology, psychology and sociology. The individual differences among older people, even those who are in the same age group, illustrate the vitality of the field of gerontology. Gerontology deals with varied aspects of aging and so, gerontology professionals can be found in a variety of industries including health care, government, non-profits and the business community.

Next time when some one wonders about the secret of ageing gracefully, nod your head in a sagely fashion, because after learning this course you will know.

Photonics
Photonics is the science of light. It is the science and technology of generating, controlling, and detecting photons, which are particles of light. The characteristics of the waves and photons can be used to explore the universe, cure diseases, and even to solve crimes. Scientists have been studying light for hundreds of years. The colours of the rainbow are only a small part of the entire light wave range, called the electromagnetic spectrum. Photonics explores a wider variety of wavelengths, from gamma rays to radio, including X-rays, UV and infrared light. Rapid growth in the number and complexity of photonics and photonics-enabled technologies has caused the demand for technicians to exceed supply. The number of college degrees in engineering is decreasing, causing fierce competition for the relatively small pool of qualified optics technicians and engineers. A photonics engineer creates and improves systems and products that use photonics—lasers, optics, fibre optics, and imaging. They check for efficiency by testing to see if the system functions properly. Photonics engineers shape modern technology by developing experimental products that will eventually be perfected for daily use, including new solar-powered cells for electronics and manufacturing.

Ecotechnology
An ecotechnology is a hybrid system with a non-living part that is designed by humans and a living part (the ecosystem) that self-designs.  These kinds of systems are described as being the product of ecological engineering. Examples are treatment wetlands, rain gardens, vegetation used for erosion control and algal production systems used for water quality management. Today, as the Blue planet is slowly turning to dust, it is vital that we have saviours who knows ecotechnology. In other words, you could be the Superman of the real world.

Game Design
Player Unknown’s Battle Ground has taken the world by storm. At least, this is the case for the Indian youth, who live and breathe this game. Game designing is a field that is highly creative and equally lucrative. Game design is the art of applying design and aesthetics to create a game for entertainment or for educational, exercise, or experimental purposes. Increasingly, elements and principles of game design are also applied to other interactions, in the form of gamification. Most video game designer jobs fall into one of three disciplines: Game Artist, Game Designer or Game Programmer. The game design career track you choose will determine your daily activities and responsibilities, as well as the skills and education requirements to get hired.

Who knows, maybe the next short pudgy Italian plumber of the Mushroom town, could be your creation!

Pet Grooming
If you know PeeCee’s Diana, you already know how high profile pet grooming is. Pet grooming is one profession that animal lovers can take up. The health, style, and look of your furry client are to be taken care while working as a pet groomer. The job includes teeth brushing, nail clipping, nail trimming, normal bathing, shampoo bathing, conditioning, blow drying, perfuming and finishing, haircutting and styling of the pet animals. According to an independent report, Europe is the second largest region in the pet care market globally. The overall pet care market in this region was valued at a size of more than USD 25 billion in 2017 and it is estimated that the size will cross a value of USD 29 billion in 2023.

Flavour chemist
If you have a sweet tooth, you might want to consider being a Flavour Chemist. Flavour chemists (also known as flavourists), develop flavours using natural and synthetic approved flavour chemicals and extracts for a wide variety of food and beverage products using creative and artistic talents along with various analytical tools including GC/MS. Another path for flavour development involves understanding how the chemistry of cooking generates taste and aroma, this is called reaction or processed flavours. A savoury flavourist understands how to develop flavour profiles using these materials via specific heat and pressure parameters. Flavourists use their deep knowledge of essential oils, flavour aromas, botanical extracts, and essences to recreate and intensify flavours from nature. They also create whole new flavours that people have only dreamed of. Students interested in creating flavours for a living should consider earning a bachelor’s degree, or even a master’s, in a subject such as chemistry, food science or biology. To become a certified flavourist, graduates must continue their education with a lengthy apprenticeship.

What better way to love your job that tasting it?

5 Predictions for Education Following COVID-19
What is HumaneMaths?
Brewing a New Albania Through Education
STEAM- An Educational Framework to Relate Things To Each Other And Reality
Battling Fake News
Yet Another Milestone
CONTACT US