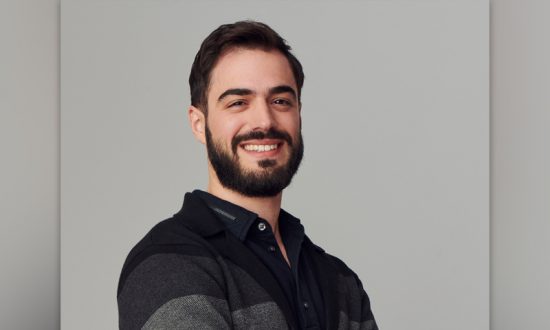 Sylvain Kalache is an entrepreneur and a software engineer who has worked in the tech industry in Silicon Valley for more than a decade. He is the co-founder of Holberton, an education company providing tools, curricula, and teaching methodology training the next generation of digital talent at scale. Holberton trains thousands of students in 9 countries who get hired by the best tech companies like Google, Rappi, Tesla, Apple, and NASA.

The 21st-century economy is driven by the 4th industrial revolution, converging existing technologies such as software, the Internet, robotics, and the Cloud with emerging ones such as artificial intelligence (AI), IoT (IoT), nanotechnology, and biotechnology. We collect, process, and compute vast quantities of information ever faster and cheaper. The boundaries between humans and machines are blurring, and the virtual world is increasingly controlling the real one. A consequence of this new revolution is that our economy is changing faster than ever, and companies – along with the workforce – must adapt.

The COVID-19 pandemic fast-tracked our world years ahead to a matter of a few months. McKinsey surveyed eight countries that account for almost half the global population and 62 per cent of GDP, and found out that more than 100 million workers, or 1 in 16, will need to find a different occupation by 2030. Reskilling is quickly becoming a must-have for any worker; our education system must adapt. 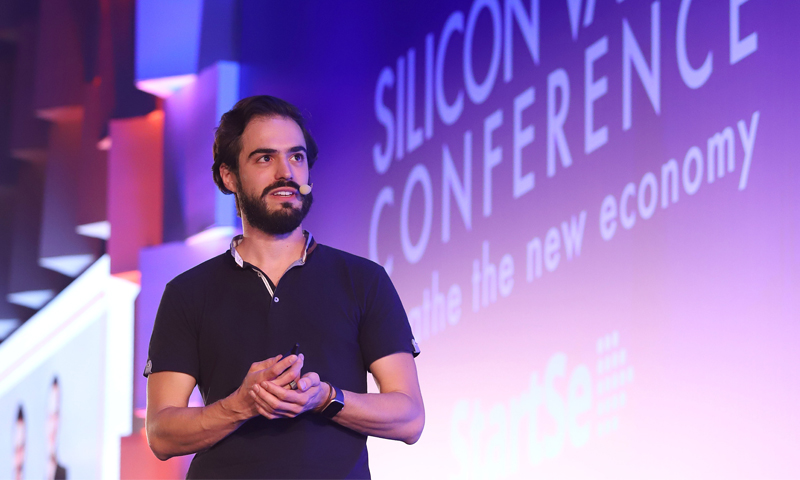 According to the World Economic Forum (WEF), 65% of children entering primary school today will ultimately work in completely new job types that don’t yet exist. How can K-12 schools design successful curricula to ensure students will enter the workforce with the right set of skills? They can’t, at least not right before they enter the workforce. The rapid pace of change means that the list of required hard skills is constantly changing. There is one thing that is not going away: soft skills.

Soft skills encompass a large set of abilities, including collaboration, communication, problem-solving, and, very importantly, the ability to learn. The proverb “Give a man a fish, and you feed him for a day; teach a man to fish, and you feed him for a lifetime” applies very well to education. We need to empower students to own their learning experiences so that they can learn whatever skill they need to get into the workforce, grow in their career and simply remain employed. One of the artificial intelligence field’s ultimate goals, which is to teach a computer to learn by itself, has to be applied to humans.

A nineteenth-century old pedagogical movement, progressive education, holds part of the solution. John Locke, Jean-Jacques Rousseau, and John Dewey argued that subordination of students to teachers and memorization of facts would not lead to an efficient education. Rather, focusing on learning by doing and the development of soft skills will prepare students better for society and the workforce. 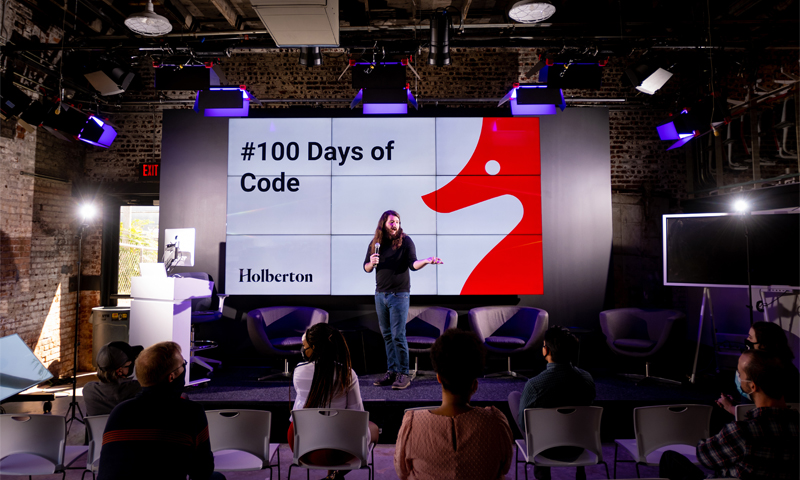 Montessori schools, largely based on Progressive Education concepts, are present over the world, but few of these concepts have been used when it comes to higher education. That is where Holberton is filling the gap. Leveraging project-based education coupled with software, the company has trained thousands of Silicon Valley-grade digital talent across the world, including in Latin-American countries such as Brazil, Colombia, Ecuador, Mexico, Peru, and Uruguay. Holberton’s programs feature no formal teachers; students learn by doing and collaborating. There are no formal teachers and lectures. The academic staff serves as knowledge facilitators.

While Holberton School’s curriculum includes many tech-related skills such as coding, system administration, DevOps, machine learning, or AR/VR, it also puts a strong emphasis on soft skills. Public speaking, technical writing, group projects, mock interviews, and other practices ensure that students are comfortable with communication, collaboration, and the ability to promote themselves. In a typical education setting, the solution is given first, generally via a lecture and then the exam. Holberton does the opposite: it mimics the company world in which employees are paid to find solutions to problems. Similarly, Holberton gives students projects and guidance on where to find the knowledge they need to accomplish them, but never enough, requiring them to find the rest—resulting in students develop the ability to find and apply knowledge on their own, leading them to become lifelong learners.

The school also provides summer coding camps to a younger audience, from 15 to 18 years old, and the results are astonishing. While it takes a few days for the campers to fully embrace their new autonomy – stop raising their hands to ask for permission to do anything, including going to the bathroom or chatting with a classmate to discuss the project – they eventually love it. After the 3-week session, one camper shared two main takeaways from the Holberton coding camp: first, that the answer is always there—it’s just a matter of putting enough effort to eventually find it; and second, that one does not have to be a math genius to get into the technology industry and start writing software. Empowering students at any age allows them to more fully leverage their learning capacities and build up confidence.

Project-based learning is being successfully used by other institutions. Lab4U is building apps and inquiry-based content to empower students to explore science concepts using their smartphone sensors. Their tools have proven to be more engaging than a regular lecture format, especially for students who do not understand the point of learning concepts that seem useless to them: “This doesn’t make sense. What is this for? I’ll never apply it to real life!”. An Inter-American Development Bank-led randomized control trial found that students who used Lab4U drastically increased their physics knowledge (by 0.22 points) and their interest in pursuing a STEM-related career (by 2.12 points). 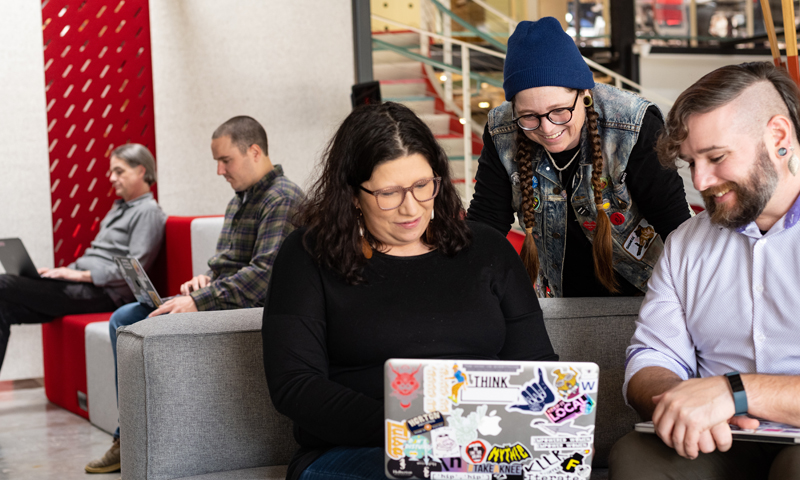 What’s Best for the Students, the School and the Local Economy: Everyone Wins

Education should not be limited to training effective professionals, but one of its goals is to ensure that they can sustain themselves financially by being employed. That’s why governments and community leaders should ensure that education is of quality and accessible to all. Free education is undoubtedly a great thing to have, but it can be unsustainable for many economies and may lead to a lack of accountability on results. Aligning students, schools, and the local’s economic interests provide the best framework to ensure the quality and accessibility of education because everybody wins. Ways to achieve this include offering success-based tuition, where students only pay their tuition based on their financial success, involving companies in the design of the curriculum and getting government funding based on the diversity of students a school serves, and what employment opportunities they obtain.

In Colombia, Holberton School welcomes students from all walks of life and “estratos”: former break-dancers, Rappi delivery drivers, high school graduates, cooks… More than a third of them have a high-school diploma as their highest academic achievement and most come with no prior tech knowledge. The admission process is blind and automated; it does not assess a student’s academic performance but rather, motivation and talent. Grit is a key aspect to succeed at Holberton, and later in the workforce.

After Holberton School announced in 2018 its first campus opening in Bogotá, three other campuses in Cali, Barranquilla, and Medellín followed to accommodate the demand from both students, governments, and local businesses. The Medellín and Cali campuses were, respectively, co-financed by Comfama and Comfandi, two local Family Welfare Funds that are focusing on social impact and upward social mobility. They saw Holberton School as a way to improve people’s life, by providing them skills that would give them stable and well-paid employment. The Bogotá campus was partially financed by Colombia’s first unicorn startup Rappi. The company had the business growth and funding of a successful Silicon Valley company but had a massive challenge they were struggling to solve: hire highly skilled software engineers. They had no choice but to start an internal coding Bootcamp. But once they discovered Holberton School, they decided to stop the funding and invest in Holberton. Months later, they started hiring students. 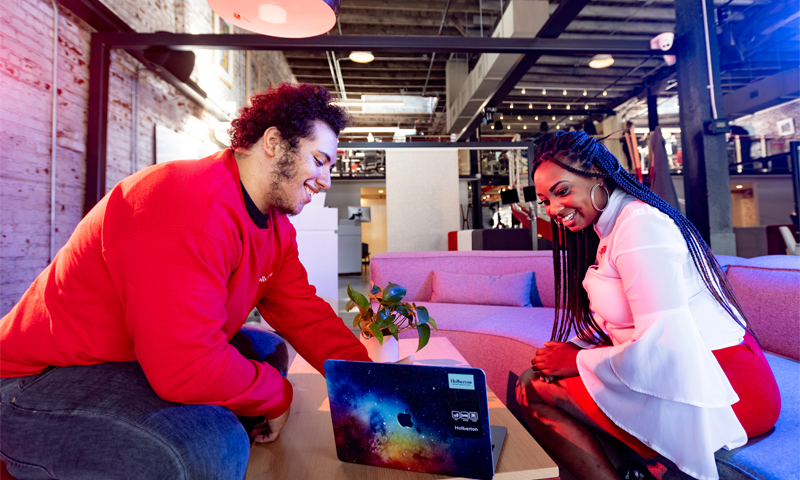 Since then, Holberton has expanded to Puerto Rico, Ecuador, Peru but also Uruguay with the Fundacion Zonamerica, Mexico with Anahuac University, and Brazil with Pearson. Holberton has expanded its impact beyond Holberton School campuses via its “OS of education” vision. The company offers its tools, methodology to serve other programs and schools. For example, Pearson – which invested in the company last funding round – partnered with Holberton to create HEX, a fully online, self-paced program training web developers. The program is offered on the new Pearson Next platform. While Anahuac University partnered with Holberton to offer a DevOps course on Edx. Both programs leverage the same tools and methodology that made Holberton School successful, but to train other types of digital talent – the sky is the limit!

While college degrees used to be a proxy for finding a job, this is no longer the case. Employers across the world are focusing on finding candidates who have relevant skills. Learning how to learn and becoming a lifelong learner is no longer merely good to have—it’s a necessity, and our education system must show students the way.

While K-12 education cannot and should not focus please meeting employer needs, it can still develop fundamentals skills that will allow its students to thrive as individuals and professionals in the 4th industrial revolution. Project-based learning makes the learning experience more interesting and immersive, allowing students to develop a valuable set of crucial soft skills. Technology can play an enabling role, but it’s the education methodology that matters the most. The late 19th century’s progressive education movement has never been more relevant. 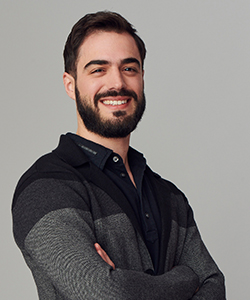 Through his work, Sylvain Kalache partnered with leaders in technology, including LinkedIn CEO Jeff Weiner, Yahoo! Founder Jerry Yang, Docker founder Solomon Hykes, and Facebook VP Payments Stephane Kasriel. He also collaborated with sports and entertainment leaders like Grammy Award-winner NE-YO,  actress Priyanka Chopra and New York Jets NFL player Kelvin Beachum. Before Holberton, Sylvain was a software engineer at SlideShare, supporting the infrastructure that served 3 billion slides every month. He was part of the team that contributed to the acquisition of Slideshare by LinkedIn. He has a Masters in Computer Science from SUPINFO, and has studied in France, China, and the US. Born and raised in France, he is currently living in San Francisco.

Holberton is not your university or coding. Its project and peer-based methodology are inspired by progressive education, a pedagogical movement the world-famous Montessori. The Holberton School was founded in 2015 by software engineers Julien Barbier and Sylvain Kalache, working at the time Silicon Valley’s best companies. Sylvain and Julien decided to build a new type of school that is accessible to anyone until professionally successful and that develop the necessary hard and soft skills to compete successfully for the best software engineering jobs. As of 2020, Holberton is operating 16 campuses worldwide, spanning five continents and seven countries, including Colombia (Bogotá, Cali, Medellín, Barranquilla), Puerto Rico (San Juan), Mexico (Mexico City), and Uruguay (Montevideo). Also, it provides tools and curriculum to other schools and universities students to secure full-time jobs at top companies like Apple, Google, Mercado Libre, NASA, Tesla. The school is supported by professional advisors and investors who are leaders in technology, sports, and entertainment.

Select the Right Subjects in High School Aligned with your College Majors
Regenerating Education by Leading from the Middle: A Reflection Checklist for Districts
Virtual Reality Based Education: Power of Metaverse
Language Eco-Tourism: The Beginning of a New Era
The Challenges of Non-Linear Learning
Félix y Susana: An Education Program for Peaceful Coexistence
CONTACT US