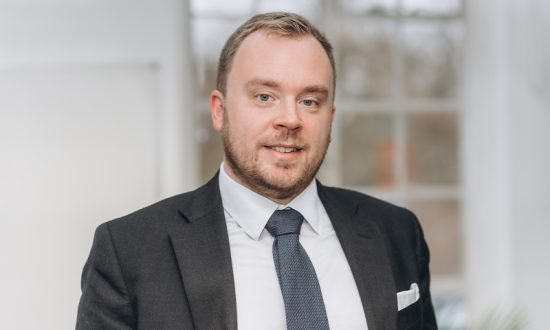 Carl Morris is the Principal of Carfax College, Oxford, and Co-Founder of The Online School. Carl’s belief in the importance of making education engaging is to inspire a future generation into the world of work and careers they love. As the Principal of Carfax College Oxford, & Head of Carfax Private Tutors globally, Carl oversees student academic programmes, client relationships, training, marketing, promotion, and business development. As Co-Founder of The Online School, Carl aims to deliver an online school which will transform the education of students worldwide. Having worked in education for the majority of his professional life, Carl has a wealth of academic experience and is an enthusiastic Science/Maths tutor with a broad range of professional and personal experience. He has supported pupils across all the major curricula and has worked with organisations that provide tuition to underprivileged children, helping them with university applications. Carl graduated from the University of Oxford with a Master’s degree in Chemistry and went on to become an ACA-qualified Chartered Accountant.

Add the words “Why is school so…” into a Google search and the top 5 auto-fill suggestions are: Boring, stressful, useless, depressing, and long.  So why is schooling seen as unengaging by the young?

Learning is essential to life. From an early age, children are hard-wired to absorb knowledge and skills from their surroundings and are totally unphased by asking whatever is on their mind – “Why is water wet?”, “Where do thoughts come from?”, “Why don’t crabs have eyebrows?”  Yet as the late American Astronomer observed, Carl Sagan, “you go talk to 12th graders and there’s none of that. They’ve become incurious. Something terrible has happened between kindergarten and 12th grade.”

Searching for the very top percentile of divergent thinkers who can approach problems from many different angles, and do not give up when one path brings them to a dead end, Professor George Land was hired by NASA to create an assessment that tests the creative potential of rocket scientists as part of their recruitment.  As the test is not knowledge-specific, Professor Land decided to give it to 5-year-olds to see how they scored. 98% of 5-year-olds scored Genius Level creativity, and the same children 5 years later only 30% reached the same level, another 5 years and we have dropped to 12%. When given to adults, only about 2% reach the ranks of genius creativity. Somewhere along the line, we’ve taught our children out of problem-solving and looking at the world creatively; core skills that encouraged us all to develop from babies to adults.

Whilst adding technology to the classroom can modernise a static education model that’s been known since the industrial revolution, I believe we need much more drastic action. The world is evolving at an accelerating pace, taking baby steps towards a new system, or adding bells and whistles to the system we already have will not be enough and the gap will widen. For most, the purpose of education is to get into a good career, and yet the rigid way we work in schools’ contrasts wildly with the way most adults work in 2023.

For me there are three key areas that could be improved in the school system with the effective use of technology: relevance, flexibility, and accessibility.

There are as many ways to learn as there are people on the planet and expecting every child to conform to a particular way of learning or risk being labelled a disrupter – ironic that being a disruptor in the “real world” is often a fast track to success – may be an efficient way to build a bricks and mortar school, but certainly won’t work for every child.

Data analysts across the globe are shouting about how Generation Alpha consume vast amounts of video content – so let’s get rid of the whiteboards and watch the content they are consuming and give them an education we know they will enjoy delivered in a format we know they will engage and learn from!

Artificial intelligence tool ChatGPT has shown the world the power of having the world’s knowledge at our fingertips. But search engines & AI don’t work unless we ask good questions – this is what we need to be teaching, and this is what engaged children before we taught them out of their creativity. Let’s get students to research why water is wet?!

Many employers that don’t require employees to be in the office every day have continued offering their teams the flexibility of when and where they work post-pandemic, largely due to the positive effects it has had on productivity and employee wellbeing. A new cottage industry of people renting their homes to nomadic workers kitted out with professional workspaces, and flexible hot desking solutions such as WeWork have even emerged. By contrast, schools haven’t quite adopted this working-from-home mentality, and home-schooling became a taboo word during the pandemic, but when done right schooling on the go opens a world of possibility to both keep students engaged whilst offering the same flexible working their parents are enjoying. At The Online School, we are developing a unique technology-powered hybrid model that detaches the need for schooling to take place in a single geographical location and reimagines the traditional schooling system.

Employers have found that flexible working conditions have a massive positive impact on their businesses, and I believe that with a change in mindset, parents’ students, and teachers will find the same for education. Online Schools like Minerva Academy and Wolsey Hall are already offering students enormous flexibility in terms of when, how, and what they learn, and companies like Byju’s are even offering hybrid online/offline schooling in India.

A simple webcam and computer screen setup allows us to beam the world’s best educators, and most innovative leaders into every classroom to inspire and engage students. It is true that not every location has stable internet, but studies show that 63.5% of the world’s population now have access to the internet, with this number increasing every year the issue will not be how to get online, but what is being consumed online. The best learning often happens when we get students to discuss amongst themselves – look up Harvard Professor Eric Mazur’s Peer Instruction for a fantastic example of how this can be implemented in a classroom. Interschool networking gives students the opportunity to learn about other cultures from people their own age, teaching students core values of tolerance and respect, as well as seeing problems from new perspectives which all contribute to that divergent thinking – and a potential career as a rocket scientist.

Solving disengagement in schools will require us to diversify our educational offerings to support a wide variety of learning abilities, styles, and interests. Technology is a fantastic tool that can be utilised to make education more relevant, flexible, and accessible – but it requires innovative and creative educators to build it. I hope the next time I search “Why is school so” it is followed by – inspirational.

Sense of Belonging is an Institutional Responsibility and Roadmap to Student Success
The Importance of Teacher and Staff Recognition!
Learning Management Systems & Students’ Support
Seeking a K-12 Education for Everyone
Why Overseas Students Should Consider a Canadian Ministry of Ontario Education
CONTACT US