Home /ACADEMIC VIEWS/Education as A Necessity for Democracy, A Human Right, To Exist

Education as A Necessity for Democracy, A Human Right, To Exist 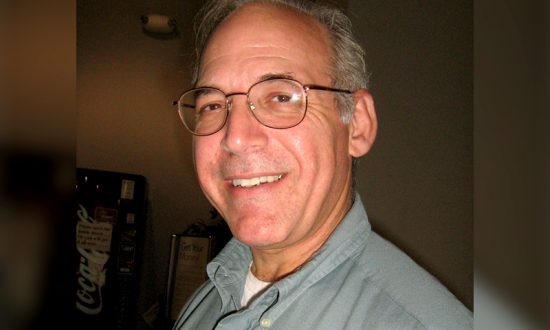 Founder and CEO of the Buckingham Institute for Human Rights and Genocide Studies, Jack Frank Sigman is currently a Doctoral student of genocide studies at Gratz. He also has an MA in International Relations from AMU. He has lectured on genocide at FGCU, NSU, and AJU and published essays on human rights, humanitarian intervention, genocide, and international relations in numerous academic publications. He is the author of “Israel Committed Genocide! Really?”, which is in the United States Holocaust Memorial Museum library. Jack also has to his credit a stellar 20-year naval career, specializing in submarine nuclear engineering, that he ended in 1994

The assertion that education is a necessity for democracy, as a human right, hinges on the definition of human rights and the relationship between democracy and education. Human rights are often defined as those rights which are possessed by the sheer fact of being human. However, the exact composition of these rights is controversial. Additionally, can something be a “right” if it must be provided, rather than merely existing? Further, can the contradictory message regarding education as a right be rectified?

The Universal Declaration of Human Rights (UDHR) enumerates those rights, arrived by compromise, decreed by a plethora of states in 1948. According to the United Nations, “the UDHR is universal in its content and application” (Center for Human Rights 2019) and although not binding law, “constitutes an obligation for the members of the international community”. In the UDHR, Article 21.1 states, “Everyone has the right to take part in the government of his country, directly or through freely chosen representatives” and Article 21.3 states, “The will of the people shall be the basis of the authority of the government…”.

Chopra and Hohe warn that the possible ramification of forcing democracy on a population that has little understanding of the political legitimacy inferred by elections. When election results are not favorable to certain groups, it is not unusual for violent protest, resulting in the reemergence of human rights violations. This is an indication that prior to the institution of democracy into the body politics, education is required.

Just as the UDHR ushers in democracy as a human right, it does so for education.

However, it is a contradictory right. The first “right” is that elementary education must be free. The second is that it is compulsory with certain topics to be taught. The third cancels the first two in that the parents “have a prior right to choose the kind of education that shall be given to their children”. It appears that the parents may choose to enroll their children in a school that teaches the UN’s message of tolerance and friendship as required by the UDHR, or a school that does not.

Bosnian Ambassador Sacirbey opines that education “is fundamental to the advancement of societies” and a requirement to establish “tolerance, free societies, democracy and peace”.

Glaeser, Ponzetto, and Shleifer take this concept on step further, conducting a study on the relationship between education and democracy, and using empirical data, proves education’s worth. They build on Almond and Verba’s study on civic conduct, notably “The uneducated man, or the man with limited education is a different political actor from the man who has achieved a higher level of education”. They find that “schooling teaches people to interact with others and raises the benefits of civic participation”.

In their study, the three Harvard professors correlate the rise and fall of democracies and dictatorships with periods of educational progress and regress. Their conclusion: in times of educational advances, dictatorships, through revolution, tend to become democratic and during times when education lags, democracies tend to elect more authoritarian governments. As a side benefit, the more educated a society, the more concern is seen for the protection of human rights in general.

The one obstacle in the wording of the resolution establishing education as a human right is that it is compulsory, subject to competing aims of both parental and governmental control and can be used to reinforce illiberal regimes. Unfortunately, there is yet to be a means to rectify the contradiction, and as the UDHR has no enforcement mechanism, there is no way to enforce its dictates. However, as Glaeser, Ponzetto, and Shleifer empirically prove, any education is better than no education at all.

Educating Generation Alpha
Sense of Belonging is an Institutional Responsibility and Roadmap to Student Success
The Importance of Teacher and Staff Recognition!
Learning Management Systems & Students’ Support
Integrity For Our Students – If Not Now, When?
How To Live With Purpose: The Case For Chasing Our Passions Is Gaining Legs
CONTACT US