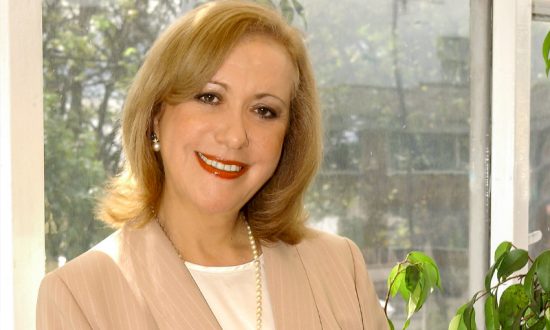 Laureate of the first edition of the Yidan Prize for Education Development (2017) and 2013 WISE Prize for Education Laureate, Vicky is a Sociologist from Javeriana University in Colombia. She pursued her graduate studies in Sociology of Education at Stanford University in the United States. In 2015, the American University of Nigeria distinguished her with an Honoris Causa Doctorate in Philosophy. She is coauthor of the worldwide renowned Escuela Nueva model and was its first National Coordinator. Colbert has pioneered, expanded and sustained this educational innovation from many organizational spheres: as Vice Minister of Education of Colombia, UNICEF´s Education Adviser for LAC and now from Fundación Escuela Nuev (FEN), an NGO she founded to ensure its quality, sustainability and innovation. She has been recognized with several awards and distinctions in the fields of leadership and social entrepreneurship, such as the Skoll Award for Social Entrepreneurship, the Clinton Global Citizenship Award and the Kravis Prize. She has also been recognized as Outstanding Social Entrepreneur by the Schwab Foundation, Ashoka and the World Technology Network.

Escuela Nueva is an educational innovation that has been implemented in Colombia since 1975 and has influenced educational policy in several countries around the world in the last 40 years. It is one of the longest bottom-up innovations of the developing world that has been sustained. It promotes active, child-centred, participatory, cooperative, and personalized learning and a new role of the teacher as mentor and facilitator. Children finish academic units at their own pace. Escuela Nueva was created when Colombian rural schools, like the rest of Latin American countries, did not offer complete primary education. Most rural schools did not offer complete primary education and more than half of rural children between the ages of 7 to 9 years never attended school. Rural children who were in school experienced high levels of grade repetition and dropouts. Children in sparsely populated rural areas generally attended multigrade schools where one teacher had to attend children of different ages and grades in the same classroom. However, teachers received little or no preparation in handling this situation. These schools required an innovative approach to meet the needs of these small multigrade schools, which represented the majority of schools in Colombia´s rural areas. Daily exposure of children to violence also demanded an educational approach that would instil peaceful values and behaviours in students. 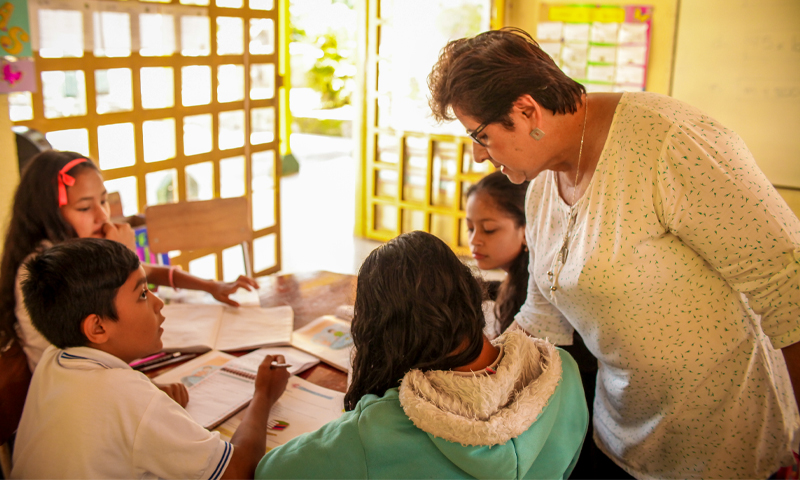 To address these critical needs of the multigrade schools, UNESCO piloted a multigrade model named Unitary School, where teachers had to develop individualized and personalized learning cards to facilitate different learning rhythms. This worked at a small scale, however, in the attempt to scale it up, it demanded a considerable amount of time from the teachers. Thus, the model was not scalable at the time and it was not viable technically, or politically, or financially. It was not cost-effective. Building on that pilot experience Escuela Nueva sought, from the outset, to impact national policy and to respond to the needs of rural children in the entire country. With the support of USAID, the innovative project of Escuela Nueva was initiated. The idea was to go beyond the concept of multigrade and emphasize a new form of child-centred learning and a new role of the teacher; in other words, to have a conceptual and practical emphasis on a pedagogical renovation. We named it Escuela Nueva, which means New School in English, to highlight a new way of learning and a new type of school.

Escuela Nueva´s new approach to schooling shifted the learning process from the teacher to the student, encouraging active, child-centred, participatory, flexible approaches so students could finish academic units at their own
pace; and personalized support from the teacher who was assuming a new role as mentor, facilitator and guide instead of the traditional approach of the teacher as the source of information. This learning process was supported by a system of curriculum learning guides for students, resources like classroom libraries, and rich learning corners with low-cost community materials to facilitate student-centred inquiry and a set of activities, instruments and to promote student autonomy on leadership skills as well as stronger relationships with parents. 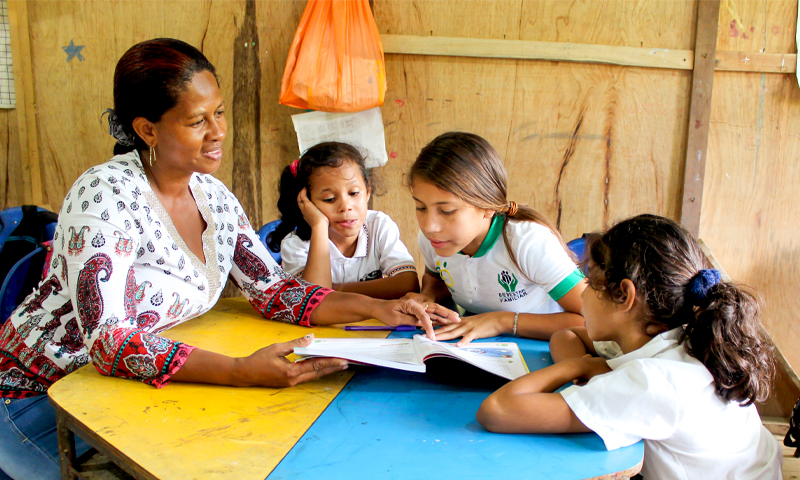 The learning guides are self-directed materials that facilitate both autonomous and cooperative learning. They also serve as planning tools for the teachers. Thus, “the basic idea was to transform the conventional teacher-centred schooling practices into a learner-centred model that would integrate curriculum, teacher training, community involvement, and administrative strategies systemically and cost effectively. The expectation was that the new approach to rural education would guarantee access and quality improvement for all school children”.

Although the principles of Escuela Nueva are not new in the philosophy of education, the innovation consisted of transforming these principles into operational strategies and applying them to rural children from underserved localities. Some of these ideas came to Colombia to some of the elite private schools not so to the public school and less so in rural areas. The model was also meant to expand access to education in rural areas, improve student achievement, minimize rates of repetition, and improve self-esteem, civic engagement, and creativity of children. Escuela Nueva teachers used learning guides to facilitate student-centred classroom environments thru a holistic collaborative approach. Just as important were authentic student government elected and ran by students to ensure they could participate in ways that contribute to building citizenry and interpersonal skills among students. 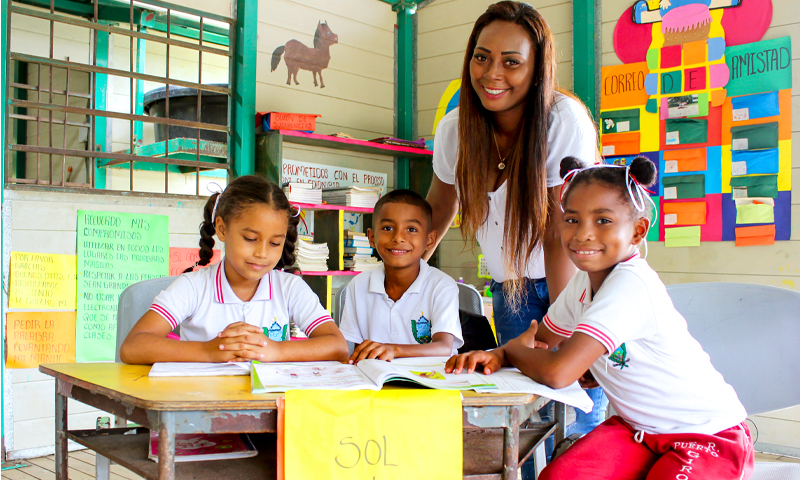 When in 1985 Escuela Nueva became officially a public policy the model enjoyed quick success and expansion growing from the pilot to nearly 25,000 schools by 1990. It became the national strategy to universalize basic primary education in the country. Due to the selection of Escuela Nueva by the World Bank as one of the 3 experiences worldwide that had successfully impacted national policy, the Colombian experience was visited by many countries and many Colombian teachers went abroad to initiate the project in several LAC countries. It also inspired several educational reforms worldwide. Vietnam is a very relevant example of this adoption because the government implemented Escuela Nueva in the entire country with very positive results according to a World Bank recent impact evaluation. Much of this growth and success was due to a series of positive evaluations of Escuela Nueva´s impact on student achievement and other important outcomes such as self esteem. 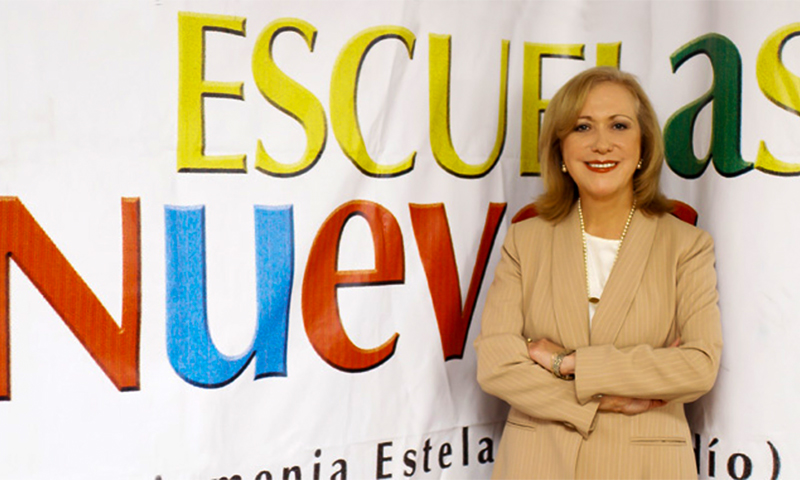 In 1997 UNESCO´s Latin America Laboratory for the Assessment of Quality in Education across 13 countries in the LAC region found that Colombia was the only country in which rural students outperformed urban students in both math and language, except in the megacities. After decades of evaluations, there is a strong body of evidence demonstrating positive results in academic achievement, self-esteem, and non-cognitive skills such as responsibility, leadership, and the ability to relate well with peers. It has demonstrated significant results in the formation of democratic behaviour and peaceful social interaction of children in comparison to conventional schools. The probability of parents perceiving the impact of the school on home practices grows as the level of implementation of Escuela Nueva increases.

Children become change agents also in their families and communities. Recognizing that innovations are very vulnerable to political and administrative changes several leaders of the Escuela Nueva initiative decided to ensure that this innovation could be preserved and enhanced. As a result, several ex-ministers of education, and the original team that initiated Escuela Nueva founded in 1987 the Escuela Nueva Foundation, a Colombian NGO with the mission to continue ensuring quality in the implementation of Escuela Nueva and also to adapt it to new contexts and populations. Fundación Escuela Nueva (FEN) was the first to adapt it to urban marginal areas with support from the Interamerican Foundation, calling the new program Escuela Activa Urbana. In urban adaptation and implementation, the evaluations also demonstrated positive results in academic achievement and self-esteem and socio-emotional skills. 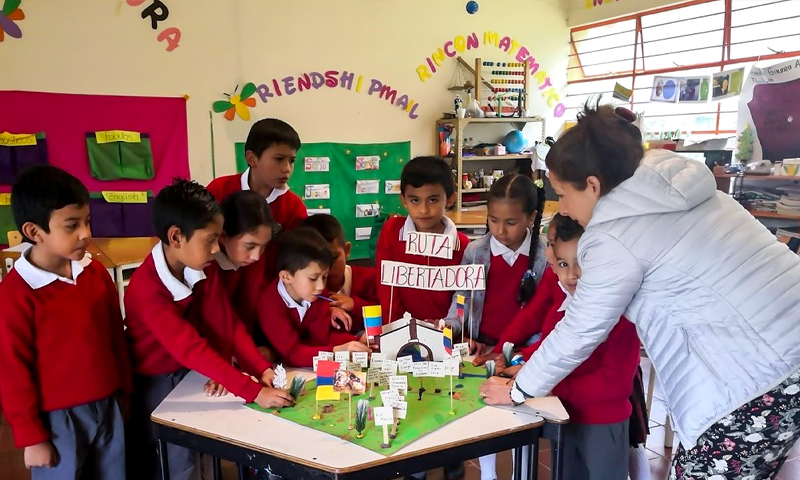 A new development of the application of Escuela Nueva in urban areas was undertaken in 2001. In effect, with financial support from USAID FEN designed and piloted the Escuela Nueva Learning Circles for displaced and migrant children. The model was adapted to meet the distinctive needs of vulnerable, out-of-school children building on the principles of child-centred, active, personalized, and cooperative learning. The Learning Circles are learning spaces where groups of around 15 students work together with the aid of a tutor from the community, who facilitates learning and provides personalized attention until they are to transition into the formal official school. The personalized and extra socio-affective attention restores and strengthens children´s self-esteem, develops social and life skills as well as a joyful learning experience.

They operate off-site from mainstream formal schools but are officially linked to them through shared academic calendars, grading systems, and extracurricular activities. Children are officially enrolled in school but study in learning circles that can be set up in communal spaces. It is an effective strategy to accelerate action on getting out of school children into school. In the urban adaptation and implementation, the evaluations also demonstrated positive results in academic achievement such as in language and math and self-esteem. 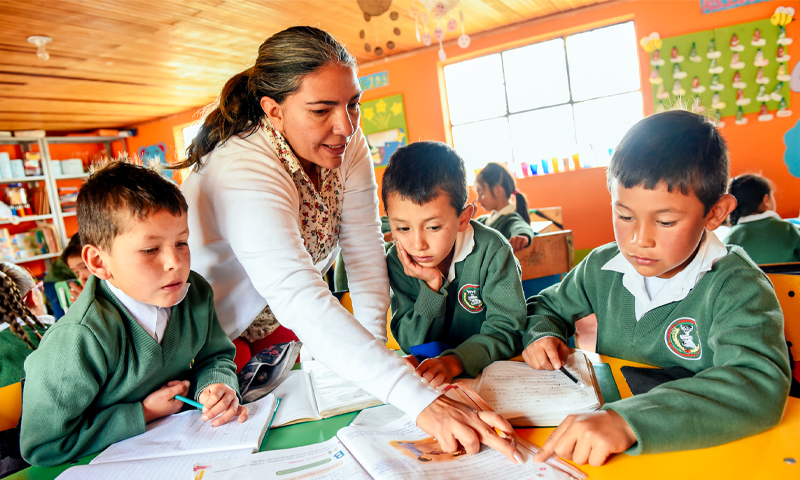 The most recent development of FEN was the adaptation of the model to homeschooling as a result of the health emergency created by Covid-19. The instruments of the model facilitated this adaptation which is already receiving attention from some of the international development organizations. The adaptation included existing and new instruments to facilitate parents and other adults to support the students, guidance for teachers to work in a mode of distance teaching and learning, and a platform with a virtual campus. This campus called Renueva is an online community of practice and virtual campus for teachers that facilitates spaces for conversations, tutorials, and resources and learning guides teachers can download.

This short article illustrates how Escuela Nueva was born and how Fundación Escuela Nueva has adapted the innovation to new populations and new settings to respond to diverse needs and circumstances. These efforts intend to reach the underserved populations in Colombia and around the world bringing to them the best educational opportunities available ensuring that they are technically, politically, and financially viable. This is also an effort, validated by multiple evaluations, to show that it is possible to help children, families, and communities improve their socio-economic conditions through educations. Finally, these efforts also validate our conviction that necessity is the mother of innovation.

Sense of Belonging is an Institutional Responsibility and Roadmap to Student Success
The Importance of Teacher and Staff Recognition!
Learning Management Systems & Students’ Support
Seeking a K-12 Education for Everyone
Tríade Educacional
Education Reforms in Latin America
CONTACT US