Hands-on Interactions: The future of learning 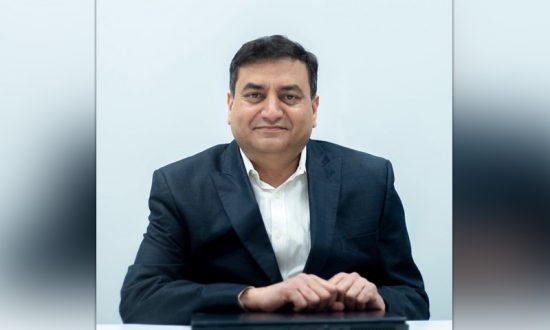 “For my confirmation, I didn’t get a watch and my first pair of long pants, like most

Lutheran boys. I got a telescope. My mother thought it would make the best gift”.

Yes, it did turn out to be the best gift not only for himself, but for the mankind at a large. For the uninitiated, von Braun was the designer of V2 rockets for the Nazi during WW2 who was later captured by the USA. There, at NASA, he designed the world’s most powerful rocket, the mighty Saturn 5 which took Neil Armstrong to the moon. Designed in 1967, as of 2021, the Saturn V remains the tallest, heaviest, and most powerful rocket ever brought to operational status, and it holds records for the heaviest payload launched and largest payload capacity to low Earth orbit (LEO) of 140,000 kg, Rest, as they say, is history.

The gift of the telescope triggered the inquisitiveness in von Braun as he was able to use it with his own hands to understand the celestial objects, and ultimately, aimed to reach there. Doing with hands makes learning not only easy, but fun filled too. In those days, (1920-30), even the toy telescopes were not as powerful as today’s toy telescopes. But the secret was in learning by doing.

The telescopes are passive devices. Easy to handle and use by teenagers. The kits like LEGO® brought even seemingly complex mechanical and electrical assemblies in the realm of hands- on experience. But there is a limit to all these physical devices/gadgets. What if a school going teenager wants to experiment with a nuclear reactor? Or launch a satellite in a precise orbit? How does that student know with which velocity the rocket has to be launched? What if a student wants to learn how the pollination takes place or more practically, how a male sperm and a female egg combine in a Fallopian tube and the embryo is developed? The questions are unlimited.

The answer to these questions is one- a realistic, hands-on interaction using the most powerful software tools and display technologies. Hands-on interactions do not merely satisfy the curiosity of some really brilliant student. This technique has the power to democratize the education system. Let us see, how.

India is a huge and diverse country. The diversity is in the forms of geographical locations, social and economic diversity, connectivity of roads or the internet and so on.

In such a situation, it is not possible that each student gets equal facilities. Some city bound schools have all the resources and they build excellent laboratories. Very nice. But what about those in the remote areas? If they get similar facilities, they will prove themselves second to none. Remember, our Bharat Ratna Dr. APJ Abdul Kalam had his schooling in one of the most remote corners of India- Rameswaram, which was a sleepy village. We need many more Kalams in the country. Fast. By introducing Hands-on interaction-based studies or virtual laboratories, the problem of the current ‘have-not’ students can be solved to a large extent.

Hand-on interaction allows each student, the access to the virtual laboratory. A student can perform a virtual Chemistry, Biology or Physics practical either in the school or, if the resources permit, at his/her residence. And if this happens, it will be a no mean achievement. A student can perform a practical any number of times, till sufficient confidence is gathered. And this, without the fear of exhausting the consumables, breaking the apparatus or even without causing an explosion. Some experiments, like dissecting a beating heart or observing the kidney function by putting a cross section can only be done this way. That is Interactive, hands- on interactive way.

It is proven by various studies across the world, that not only the laboratory practical, adding hands-on interaction in the normal student curriculum helps students learn faster, remember better. And this is true not only for the Science subjects, but mathematics as well.

IIT Mumbai (IITB) has created a Project OSCAR.  In this, a student is able to change a parameter or two in an experiment and observe the results instantly, on the computer screen. University of Colorado, USA has a similar thing in PhET simulations. These are basically simulations on the computer screen. In 2 Dimension. But if, these interactions are in the three-dimensional space (3D), it adds tremendous value to the learning outcome. This is because, our world is in 3D while up to now, all learning resources were in 2D.

Such interactive 3D stereoscopic hands-on learning system changes the way a subject is learned or taught. In India, SARAS-3D has come out with such a system for the higher secondary students. These types of systems, once implemented in an integrated way, have potential to revolutionise and democratise the education system.

If India wants to produce super thinkers and problem solvers for its diverse problems, instead of clerks, time has come to implement such 3D Hands-on learning systems. This, cannot be relegated to the future, it has to be done now.

Select the Right Subjects in High School Aligned with your College Majors
Regenerating Education by Leading from the Middle: A Reflection Checklist for Districts
Virtual Reality Based Education: Power of Metaverse
Language Eco-Tourism: The Beginning of a New Era
Why Should You Pick a Small Liberal Arts College in the US?
Tips to Embrace a Hybrid Work Environment
CONTACT US