Home /INDUSTRY, INDUSTRY PERSPECTIVE/Why Should You Pick a Small Liberal Arts College in the US?

Why Should You Pick a Small Liberal Arts College in the US? 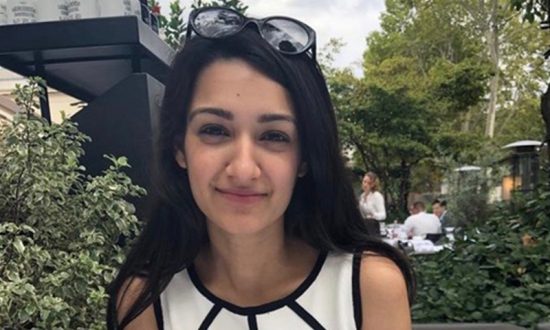 Sneha has completed a B.A. in Psychology from Haverford College and has also attended Columbia University to take courses at their school of journalism. She then worked as a writer for several publications and websites, before pursuing her passion for education. At OnCourse, she is the Head of Training & Development, overseeing the training of employees and expanding the services provided as part of the mentorship program. Outside of mentoring students, Sneha enjoys baking, Zumba, and reading fiction.

At 17, I graduated from the only school I had ever known. Having spent 13 years in the bubble that was Cathedral & John Connon School, I didn’t really perceive how challenging the next step would be, as I plotted my move to a small liberal arts college in the US.

I wasn’t sure about what I wanted to pursue academically, so choosing a liberal arts curriculum was a no-brainer. But the decision to go to Haverford, a college with less than 1200 students, about 300 students per year, was one that required more thought. I fell in love with the campus, the nature trail making its way through the wooded areas, and the duck pond which welcomed you right at the gate. I was drawn to the idea of small classes and intimate student clubs. I also loved the idea of an entirely residential campus, where students live on campus for all four years. And so, in August 2007, I found myself moving into my freshman dorm in a suburb of Philadelphia.

The first few months were challenging to say the least. I was the only student from India in my year and found myself being pulled deep outside my comfort zone. Haverford isn’t very internationally diverse and at times I struggled to find points of relatability with my American peers. I had also only ever studied in an Indian board; as someone who prided herself on her writing skills, I had to unlearn a lot of what I knew as my Writing Seminar showed me a different approach than what I was used to. Coming from Bombay, living in an American suburb felt strange; my life was fairly confined to campus as I was yet to navigate how to reach the closest city.

But before I knew it, it was all the things that made me feel uncomfortable that let me thrive. I learned to get along with people vastly different than me, forced to find similarities where there were seemingly none. And while on Facebook I saw all my friends instantly hanging out in large groups of Indian students, I had a smaller group of American students which took me longer to find; however, I was exposing myself to different viewpoints and learning how to thrive in an environment of novelty. My college experience felt quintessentially American, eating all meals (albeit reluctantly) at the only dining hall on campus, taking a road trip to South Carolina for Spring Break, and eagerly awaiting to see if my friends and I would make it to our preferred dorm on campus in the lottery system. I learned to love the little suburb I was in, finding a few, but cherished haunts, that my friends and I would frequent. Over time, the desire to escape to New York or Philadelphia vastly diminished.

Academically I imbibed so much from across fields such as Philosophy, Anthropology, Computer Science, Film Studies, Psychology, and more. I learned the sociology of crime, how to code a website using HTML, and understood the vast depths of utilitarianism. My smallest class was four students, while my largest was 35. I never struggled to get a class of my choice as the student body was small and the offerings, vast. I visited my thesis advisor’s house regularly for coffee (she lived on campus!) and was fortunate that most of my professors followed a similar open-door policy.

In those four years, I saw myself transform, both, on an academic and a personal front, pushing all boundaries of comfort. I believe the experience was invaluable and would encourage everyone to consider it for their undergraduate experience for its inherent novelty, social exposure, and academic growth.

Select the Right Subjects in High School Aligned with your College Majors
Regenerating Education by Leading from the Middle: A Reflection Checklist for Districts
Virtual Reality Based Education: Power of Metaverse
Language Eco-Tourism: The Beginning of a New Era
Why Cognitive Skills are Essential for Student Learning and Tips to Develop them Early
Hands-on Interactions: The future of learning
CONTACT US