How the Asian Economy Is Affecting The Higher Education Sector 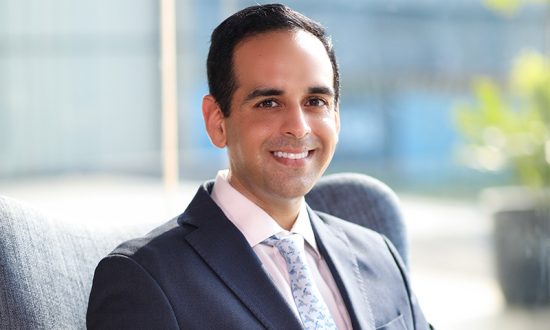 Raj Luhar is a former senior-level United States Government official with wide ranging policy and managerial experience. He has held positions at The White House and the United States Department of Energy. Raj is also a Member of the MIT Technology Review Committee.

In the collective dialogue regarding higher education, it is not unheard of how the centre of gravity is shifting towards the East. There is no denying that over the past few decades, the past half-decade rather, Asia has gone through a massive transformation. The exceptional economic growth has led to some of the most significant social and demographic changes, as well as an institutional reform, which have driven Asian countries to become stable than before.

Asia Pacific’s share of the world’s GDP jumped from 15% to 27% between 1970 and 2012. The middle classes of these areas are expected to increase to a whopping 3.2 billion people by 2030. This growth happens to be a significant moment for the facilities and institutions of the region to inquire about their role keeping in mind the broader picture of globalization. They can now play an essential part in defining 21st-century education. For most, it means distance or online learning. Asia happens to have more than 70 open universities. One in ten degree-level students in China is learning online. Chinese government facilitates and supports the professors at the top universities to hone and polish their teaching skills and develop their teaching material for online publication. All of this is to benefit the lower-ranked Chinese students.

Most of the students who gain higher education, do it to strengthen their economic and social standing. It includes everything from acquiring a degree to get a good job or adding education to their resume to get a good wage. Over time, more and more people are seeking ways to gain more knowledge as it is seen as an investment. Similar to all investments, people want to achieve excellent results in return for their financial investment. Education is also an industry where people work for a salary; laboratories require equipment not to mention finances for construction and maintenance of numerous infrastructure projects.

All of this makes the education industry vulnerable to more significant economic trends, and at the same time, it is valuable for people who work in this industry.

Economic Growth and Higher Education
The Asian higher education sector has witnessed several substantial shifts. Therefore, universities make sure that they provide relevant education and find ways to research so they can contribute effectively and efficiently.

The changing dynamics of the world economy are reflected in the landscape of Asian higher education, mainly when the economic growth in the various rapidly developing Asian economies is interconnected with advanced skills, knowledge production and rising demand for higher education. It is predicted that by 2020, China alone would account for 30% of the world’s university graduates between the ages of 25 and 34. The third largest economy of Asia, India is estimated to add about 300 million to its workforce in the coming twenty years which is the equivalent of the entire population of the United States.

A large number of Asian faculty who have the top position in their countries get their PhDs from European Universities or the U.S. Many post-secondary students plan to continue their education overseas most probably in the United States or Australia. Open Doors 2014 statistic point towards the surge in mobility out of Asia as well as into it. Asian students, especially from China, India and South Korea comprise 64% of the total international student body in the U.S.

Striving To Match Global Standards
The overall growth of international academic mobility has led the Asian governments to join the global bandwagon for talent and knowledge. Asian institutes are not only upgrading themselves but becoming partners and peers for the universities in the other parts of the world.

Despite the boom of world-class Asian institutions, Asian countries are still attracted to U.S. and European research-based universities. The faculty and professional accomplishments of institutions based on Western-based merit. This system also places the non-western systems at a disadvantage particularly the Asian countries were English is not a standard or dominant language.

Asian Academic Excellence
As Asian countries move forward to adopt new developments in their systems and even beyond that, we witness a new Asian higher education model surfacing. We are seeing a system that borrows selectively from Western education practices while drawing upon its deep-rooted academic traditions.

Asian countries are now going through a transformative phase and a large number of private institutions are now online. These do not fall under a government body. The Asian education system also suffers from poor infrastructure issues, and the current facilities might not be in line with their goals for attracting bright students from over the world or even retention or education of their students. Then there are the challenges of harmonization and regionalization. Gradually, with time, these issues will be addressed to truly change the face of higher education in Asia in the coming future.

Select the Right Subjects in High School Aligned with your College Majors
Regenerating Education by Leading from the Middle: A Reflection Checklist for Districts
Virtual Reality Based Education: Power of Metaverse
Language Eco-Tourism: The Beginning of a New Era
StudyAdelaide launches student support package worth AUD $40,000 for Indian students
Why Do We Need a Holistic Approach Towards Skilling?
CONTACT US