How to Make Your Child Fall in Love with Coding 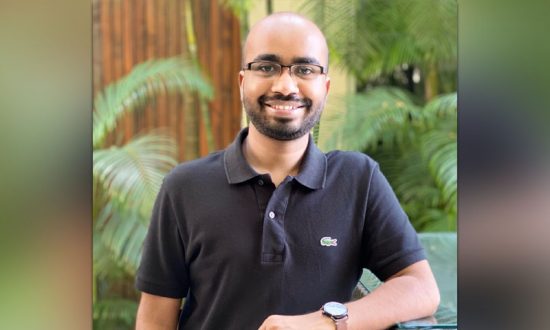 Vivek is a Co-founder and the Chief Executive Officer of Codingal, an online coding platform for K-12 (school) kids. He co-founded Codingal with IIT Dhanbad alumnus Satyam Baranwal in September 2020, with a mission is to help children fall in love with coding at a young age.  Vivek holds B.Tech and M.Tech degrees in Computer Science from IIT Roorkee. While at IIT, he also co-founded MyCareerStack, a community of computer science students who could prepare for technical interviews with the help of learning resources and asking questions from each other. The platform was written in Python & Django in less than 45 days and it grew to 30,000 users from different colleges in India.

In the technology-driven world that we live in today, coding classes for kids are increasingly becoming the norm rather than an outlier. More and more parents now want their kids to learn coding. They clearly understand that coding and computer literacy are going to play a central role in the global, digital economy of the future.

The future in which all aspects of life are dependent on technologies in one way or another. Be it working, traveling, shopping, socializing, eating, getting a health checkup, everything runs on technologies—many of which haven’t even been invented yet.

As a parent, it is only natural to want your child to be prepared for this future—with all the right skills and knowledge that will be essential for their success. It has been well established that teaching kids to code develops their core analytical, logical and problem-solving skills. More importantly, coding is also the best way to prepare them to be the leaders and innovators in this future.

Most parents would be surprised to see that their kids are naturally drawn to coding. In fact, children pick up coding faster than most other subjects. Children are likely to find coding to be fun and exciting as they can instantly see the outcome of what they create—which can be quite gratifying. It’s all about getting them interested in coding the right way.

Thankfully, there are a few things you can do to get your child interested in coding. You should know that you don’t need to have some specialized coding knowledge to introduce your child to coding. And if you want to gain some basic coding knowledge, there are many resources available on the internet to help you do that.

Here are the six tried-and-tested steps you can follow to pique your child’s interest and make them curious about coding, computers, technologies, and the exciting future that awaits them.

If your child is not aware of coding’s primary definition, they will never be interested in coding. To get started, give them a brief introduction to coding with clear definitions and descriptions. Tell them about the things they can create with code, and the role coding plays in their daily lives.

It helps to give them examples, show them some of  the apps or games that they already love and talk about how all the applications and games they play are created with code. This will help you develop an interest in your child to explore coding and build a curiosity to make them want to know more.

Kids are really good with languages and coding is no different than any other language. Parents can take advantage of their child’s ability to quickly learn new languages by introducing them to coding at an early age.

Once you have explained the basics and applications of coding, the next step is to tell the child about the various programming languages used to build the apps and games.

You can introduce them to basic coding languages such as Scratch or Blockly that let you write code by simply connecting blocks of code. These are easy to use, fun, and interactive. And a great way to build an understanding of the basic concepts of coding. You could tell them about the many other programming languages such as Java, C++, Lua, and more.

The key is to get your child interested in coding. Forcing them to learn to code is simply going to have the opposite effect.

To develop a child’s interest in coding, parents may connect coding to the things they already enjoy. If the child likes to play games on smartphones, they could be told that the games are created using coding.

If kids are interested in cartoons and animations, they can be told about how these can be created through code. This way, children will be naturally drawn to learn coding.

Another great way to get children excited about coding is by letting them take part in age-appropriate coding competitions or hackathons. Gamification of code-learning is an effective tool to encourage children to learn coding and hone their coding skills.

Many parents might feel the urge to enrol their children in the most advanced coding courses available to them. This could backfire as it might throw the child off and make them feel less confident.

It is therefore essential to get through the basics first. If the fundamentals of coding are not clear, it is likely to negatively impact the child’s learning progress.

If you want to learn coding basics, there are many articles, videos, and DIY worksheets that you can find online. The idea here is to brief the child about the basics of coding in order to create a strong foundation.

After briefing children about the basics of coding, parents can gradually move to explain the essential concepts used in coding such as loops, variables, functions, among others. This way, the child will not get perplexed while they actually start writing code as they’ll already be familiar with the concepts.

Overuse of technical jargon should be avoided in the beginning. In the initial phases, it is advisable to keep the vocabulary simple and to explain concepts and terms using examples from their lives.

A popular dilemma parents often face is when to introduce their children to coding. The short answer is that there is no age that’s too early to learn to code.It is crucial that you tailor your teaching to the child’s age and learning style. For instance, younger children can start with the basics of code as early as they are ready to go to school. This will boost their creativity, imagination and problem-solving skills. As the child grows, you can increase the level of complexity and detail in their learning.

Luckily, most kids these days are familiar with technology, thanks to the increased use of smartphones, computers, and tablets. So you shouldn’t have much difficulty introducing your child to the magical world of coding. Who knows, your child may even have a natural flair for coding!

Virtual Reality Based Education: Power of Metaverse
Language Eco-Tourism: The Beginning of a New Era
How Entrepreneurship Equips Learners with Skills to Become the Game-Changers the World Needs Now
What We Need to be Teaching in Schools
Why is your profile important while applying to Top Universities in India and Abroad?
K12 Education Sector and E-learning in K12 Education
CONTACT US