Home /ACADEMIC VIEWS/“In Finland, lifelong learning is rooted in children’s right to play”. A Vision from A Finnish Educator Living in Perú.

“In Finland, lifelong learning is rooted in children’s right to play”. A Vision from A Finnish Educator Living in Perú.

Maria Ruuskanen, Adviser at the Finnish Embassy in Lima 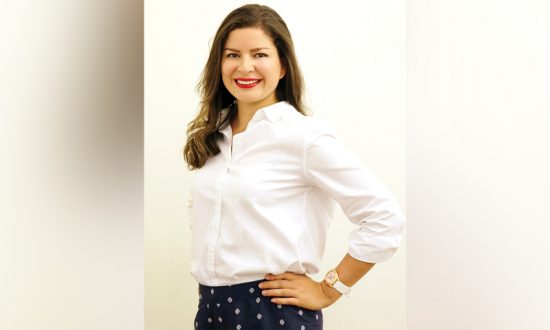 Maria Ruuskanen has worked as an Adviser for Political, Economic and Commercial Affairs at the Finnish Embassy in Lima since 2012. Currently, she promotes the Finnish approach to education as a university lecturer at the Faculty of Education of a Peruvian top university UPC. Maria is a Finnish political scientist with more than 10 years of professional experience in the emerging markets of Latin America, where she has studied topics related to social conflicts, human development and public policy. Her current research interests include Media Literacy and the Critical Applied Research of Digitalization in Education. As a political scientist specializing in development policy and educational leadership, she sees evidence-based education policy as the key element to reduce poverty, inequality, corruption and violent crime in Latin America.

The Finnish education system has been widely recognized worldwide ever since the emergence of the Program
for International Student Assessment (better known as PISA) in 2000. In this OECD-sponsored test, Finnish
students’ competences usually rank among the best in the world. Finland also ranks high in terms of productivity, innovation, political stability, peace, security, social and economic equality, gender equality, digitalization, media literacy and – last but not least – happiness. Consequently, Finnish Embassies around the world are often required to answer the question: What is the secret to Finnish educational success?

Better Beginnings For All
To understand Finnish educational success, we need to start at the beginning. That is, in the early years. In Finland, high-quality early childhood and care  (ECEC) is considered of vital importance both for the individual and for society. Children develop a wide range of skills and competences during the early years. By constantly exploring and interacting
with their environment, children are adopting new knowledge, abilities, attitudes and ways of interacting in society. 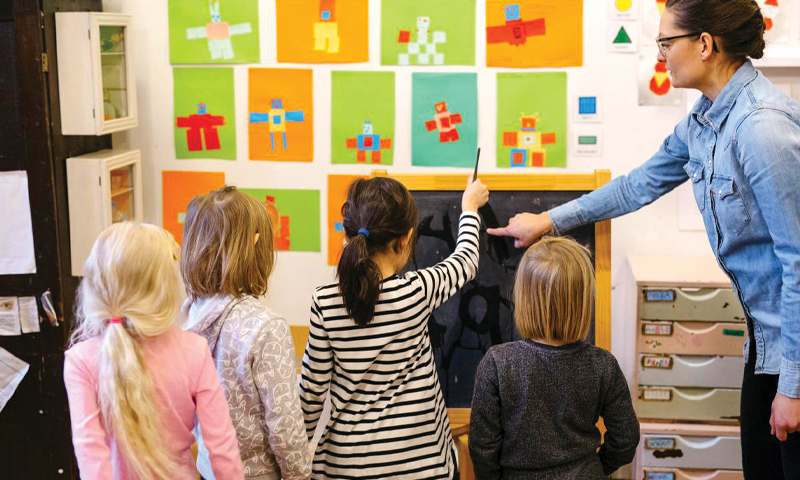 As FinlandWay International  Preschools, a Finnish ECE franchise present in several countries in Latin America, explains: “Perception of oneself as a learner is adopted in early childhood and it will have a significant effect on learning during later years. Learning-to-learn skills and meta-cognitive abilities will not automatically emerge when a child enters school but requires support and practice during the early years. Similarly, positive attitudes towards learning and belief in one’s capabilities are built already during the early years.”

Consequently, all Finnish families are offered ECEC services that combine education, teaching and care in a systematic and goal-oriented manner. The goal of ECEC is to promote children’s development, health and wellbeing as well as to improve children’s opportunities for learning. Local authorities, i.e. municipalities, are responsible for providing ECEC for children under school age.

A client fee is charged, which is determined based on the family’s income and size, as well as the number of hours that the child spends in ECEC.  Finally, in Finland, the early years are valued as a unique stage in human life that does not need to be hurried. Kindergarten teachers graduate from the university after completing a Master’s degree, which includes studies in pedagogy and educational psychology. The rigorous academic program guarantees that all teachers are true professionals, equipped to understand the children’s perspective and trained to support children’s holistic development.

Let The Children Play!
One of the cornerstones of the Finnish educational approach has been play-based learning. Pasi Sahlberg, one of Finland’s most renowned education experts and co-author of ‘Let the Children Play: How more play will save our schools and help children thrive’, has stated the following: “Play is how children explore, discover, fail, succeed, socialize, and flourish. It is a fundamental element of the human condition. It is the key to giving schoolchildren skills they need to succeed – skills like creativity, innovation, teamwork, focus, resilience, expressiveness, empathy, concentration, and executive function. Expert o organizations such as the American Academy of Pediatrics, the National Academy of Sciences, and the Centers for Disease control agree that play and physical activity are critical foundations of childhood, academics, and future skills. Yet, politicians
are destroying play in childhood education and replacing it with standardization, stress, and forcible physical restraint, which are damaging to learning and corrosive to society.” 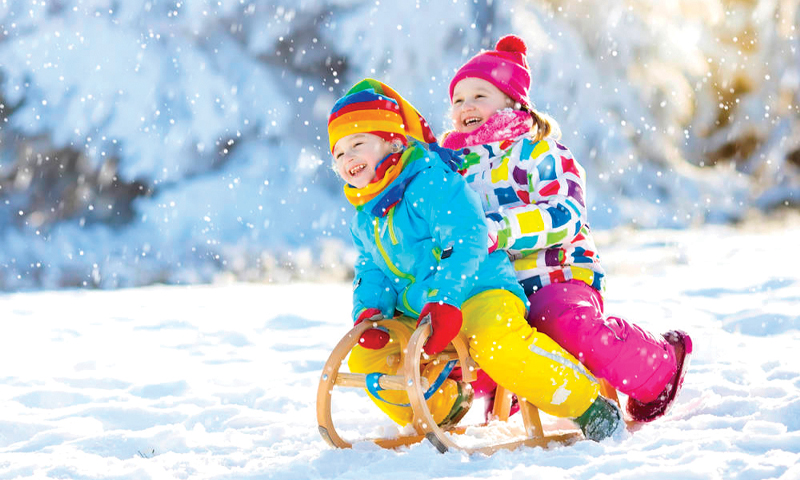 The benefits of regular play are many and they are well documented in research. Pediatricians affirm that play improves children’s language skills, early math skills, peer relations, social and physical development and learning-to-learn skills. On the other hand, anxiety and toxic stress caused by a lack of play can harm the healthy development of social behaviours. When children play together, the positive effects of play become even more powerful. Experts say social play can help children develop skills in cooperation, communication, negotiation, conflict resolution and empathy. The lifelong benefits children gain from play, such as creativity and empathy, are reflected in Finnish society and its creative industries.

Phenomenal Learning From Finland
There are many challenges for educating on in a globalized world moving quickly towards digitalization and automatization. According to Finnish experts, such as Professor Kirsti Lonka, author of ‘Phenomenal Learning from Finland’, schools and teacher education need to be reformed so that children are adequately equipped to face the challenges of a new globalized era.

The latest reform of the Finnish schooling system began in 2016, starting with preschools and comprehensive schools (ages 7 to 15). It emphasizes 21st-century competencies and interdisciplinary projects, often in the form of phenomenon-based
learning. When applying this methodology, students study a topic or concept in a holistic approach instead of a subject-based approach, to promote creativity and higher-order thinking skills.

This does not mean that Finland is giving up subject-matter teaching, but instead, putting the knowledge into an increasingly meaningful context to ensure that all citizens have the 21st-century skills that they will require in the future.

The Future of Work Requires More Girls in STEM
STEM education (Science, Technology, Engineering and Math) is inherently designed to prepare both girls and boys for a future where most jobs will require a basic understanding of math and science, and where advanced skills will be critical. In other words, STEM education is considered to provide the core set of tools students will need to have if they want to succeed in the workplace of the future. A workplace, where the ability to solve problems of all kinds, make sense of information, knowhow to gather and evaluate evidence, and be able to use that evidence to make critical decisions will be more important than ever. 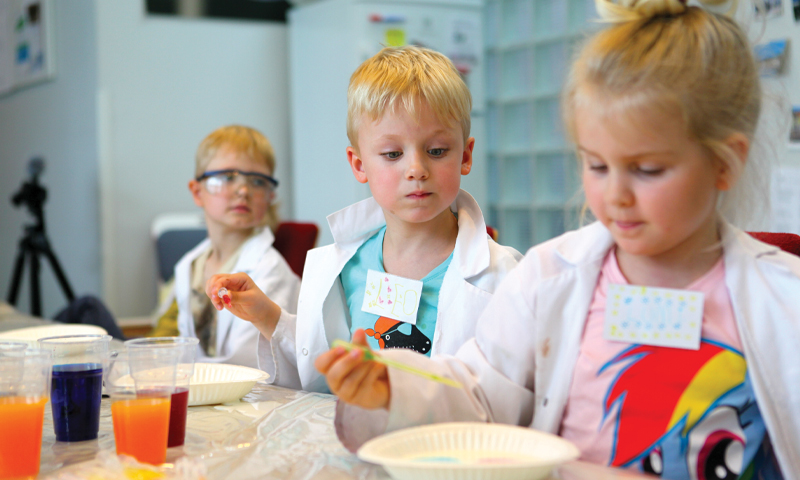 Solving the biggest global challenges from climate change and lack of renewable energy to drought and pandemics requires a combination of hard and soft skills. These are among the most meaningful, relevant, and creative challenges people can dedicate their lives to working on. As such, talented people, both girls and boys, from a variety of backgrounds, are needed to work with and ultimately solve these problems. According to UNESCO’s global report ‘Crack the code’, only 35% of STEM  students in higher education are women and only 3% of women in higher education choose information and communication technologies (ICT) studies. Although 45 % of scientific researchers in Latin America are women, surpassing all other regions, in STEM fields the number drops to 36%.

According to Kide Science, a Finnish company dedicated to offering playful STEM education to small children (from age three), it is important to try to keep girls’ innate curiosity towards natural phenomena alive throughout their childhood. The company, founded by a researcher from the University of Helsinki, promotes engaging, hands-on activities for kids, based on the latest research on STEM education. In Kide Science workshops, offered live or online, children take on the role of a scientist who engages in fascinating problem solving by stepping in an imaginary science scenario – the fantasy world called ‘Supraland’. To help their friends in Supraland, children engage in hands-on experiments that focus on learning science process skills and building scientific vocabulary. Mastering how to think and act scientifically has a profound effect on a
child’s ability to learn in the future.

“Kide Science answers the call for pedagogies that utilize children’s most natural activity – play – to learn science. Our innovation is in our pedagogical design, which uses stories and playful props to create an imaginary science world in which children can take on the role of a real scientist,” says the founder of Kide Science, PhD Jenni Vartiainen.

Kide Science has recently expanded their activities to South America with a cooperation agreement with Sankt Henrik School in Chile, which offers fully online education for  Latin American countries, such as Peru, Colombia, Paraguay, Uruguay, Argentina, and Ecuador, among others.

The Education of Second Language Learners: A System in Plausible Deniability
Educating Generation Alpha
Sense of Belonging is an Institutional Responsibility and Roadmap to Student Success
The Importance of Teacher and Staff Recognition!
Crack the Code!
Building Socioemotional Skills Through Experiential Learning And Global Engagement During the COVID-19 Pandemic
CONTACT US