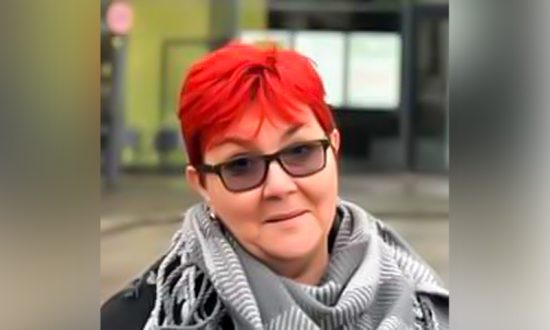 Alexandra has been working at the same school for 32 years. She teaches music at school; she leads singing sections and she is the conductor of two choirs (children aged 7-11 and children aged 11-15). She is the
awardee of the title the Best Teacher of the former Yugoslavia. She is a member of the main team of the EduBalkan community, which networks teachers from six Balkan countries. Alexandra is a fighter for the return of children’s choirs to elementary schools in Serbia because she believes that children who play music in any way develop self-confidence, socialization, tolerance, prevention of peer violence and many other benefits. There are numerous scientific studies and researches on how much music affects the health of every individual from the youngest age. Because of all that, she founded the Association of Music Teachers of Serbia in 2017.

Music is powerful.
It is a universal language, just like love, because it is understood by all nations on the globe. It is certainly one of the most beautiful arts that are experienced with the whole body and mind, which unites people, breaks down prejudices and builds bridges. Invisible waves that we recognize as sound, pass through the air touching every nerve in the body, and depending on whether we like such an invisible wave or not, our reaction depends. Music can stimulate, make us happy and motivated for positive reactions, but it can also arouse negative emotions. Music never leaves you indifferent. It especially affects children at the earliest age, improves their concentration, teaches us to be more tolerant, to develop self-confidence, develop the speech apparatus and exercise memory.

The teaching curriculum of the Republic of Serbia, for the past 30 years, has successively reduced the number of music lessons in primary and secondary schools, and it is even less represented in preschool education. Students in Serbia, according to the state curriculum, have 1 hour of music per week, and we teachers teach music with that minimum, trying to correlate with other arts and sciences, because no science or art can be observed for itself, but only integrated so that the study affects. Music teachers in Serbia lead school choirs as conductors, where they gather talented children with whom they perform various compositions.

The topics on which they play music, mostly in children develop empathy towards other nations, love for their country, its culture, tradition, but also various educational contents on the topic of traffic safety, ecology, recycling, nature conservation, friendship. Although we lead choirs enthusiastically, without any financial compensation from the state, we would never give up these activities, because they inspire us and allow us to express our artistic potential. Serbia is known for many manifestations, of which the least is children’s, but we hope that that this will change as well. An international children’s event proves that integrative teaching gives great results for students. It has existed for more than 50 years and has the most beautiful name, Joy of Europe.

It is realized during Children’s Week, and then the Serbian capital becomes the capital of children. This is a project that brings together children from many countries, in which not only the children of Europe participate but the whole world. Through peer cooperation, children, together with their little hosts, in whose families they are accommodated, prepare activities to represent their country through songs and games of their peoples. The joy of Europe is one of the most important events in the calendar of the organizers, but also of all those who respect and love interculturality. That Serbia, and the Serbian people, really highly value interculturalism, is proof that this largest children’s event in Serbia has been going on for half a century with the same will and desire of the participating children to socialize and network through their cultures and respect for diversity. Participating children become and remain friends for life, visiting and socializing for the rest of their lives. Is there anything more beautiful than this?

As the winner of the title of the Best Teacher of the former Yugoslavia, which obliges me to constant work and improvement throughout my life, I tried to contribute to the manifestation activities of my country. I conceived the project together with the famous Serbian composer and artist Leontina Vukomanovic. Our project has similar goals as Joy of Europe – but it is national and is based on an event that is of the greatest national importance in Serbia. When creating the project, the goal was to network the children of Serbia who, by integrating music, fine arts, history, geography, mother tongue and religious instruction, will experience and revive the character and work of the founders of Serbian education and the founders of Serbian medieval literature. 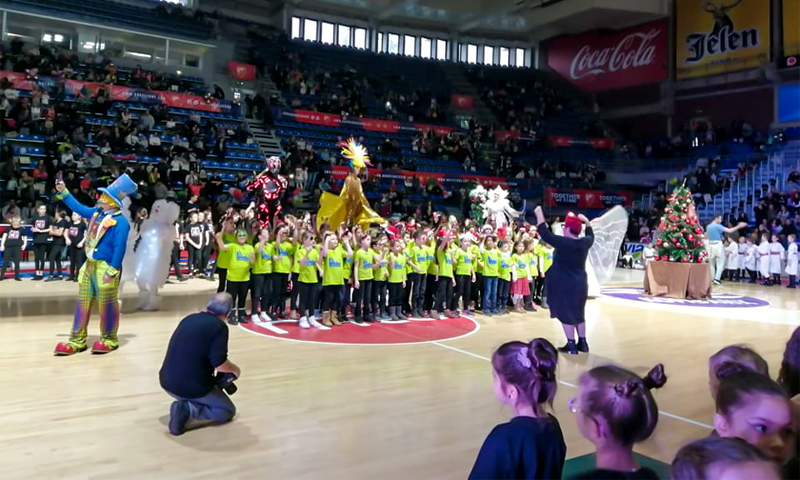 Last year, Serbia marked an important jubilee related to the holiest person in the history of Serbia, Saint Sava. We marked the 800th anniversary of the birth of a person who is remembered in Serbian literature as the greatest Serbian educator. He built schools and hospitals, was a writer, and since 1840, the birthday of this educator, in all schools in Serbia, is celebrated as a school holiday. Exactly that day, which is celebrated in all schools in Serbia, on January 27, was the reason for our project to be recognized as nationally important and to be financed by the Ministry of Culture of the Republic of Serbia. Having provided funding, we have symbolically networked 800 children from all over Serbia to mark the 800th anniversary of the birth of the greatest Serbian educator. The goals that guided us through this project are to, through the symbiosis of a large number of different scientific fields, affirm young people and their talents. We intended to nurture the values of our cultural heritage, to develop a responsible attitude towards culture, to enrich our vocabulary and mother tongue.

By networking as many as 800 children, we have encouraged them, both to exchange and cooperate and to keep the memory of the founder of education in our country. After networking and dedicated work of all choir groups throughout Serbia, we organized their first live meeting on one of the largest Serbian stages in the Serbian capital. For some of these 800 talented students this was their first meeting with the capital, and for most their first performance on one of the largest stages in Serbia. The most beautiful scene, a feast for the eyes and ears, happened during the agreement of 800 votes during a joint concert that took place under television spotlights.

National and local media reported a picture of a river of children constantly flowing into the capital. Eight hundred radiant children, who had never seen each other before, accompanied by their teachers, conductors, bravely stood in front of the largest state officials, such as the complete Government of Serbia, state and church leaders, the most prominent people from the world of education. That applause, which resonated indefinitely for each of the eight hundred, was symbolic applause for the work of the Serbian educator, which the Serbian people have been looking at with respect and admiration for the entire 800 years.

Eight centuries of the Enlightenment were symbolically rewarded with 800 fused children’s voices who sang the anthem to the Enlightenment of Serbia. Being a part of something so big, makes a person realize that being a teacher is a privilege and that no money could replace that feeling I experienced as a teacher-conductor in front of a choir of 800 children. Although the time of the Covid19 virus pandemic slowed down the activities on this project a bit, on the other hand, it triggered some other ideas that are now feasible in a different environment, online environment. 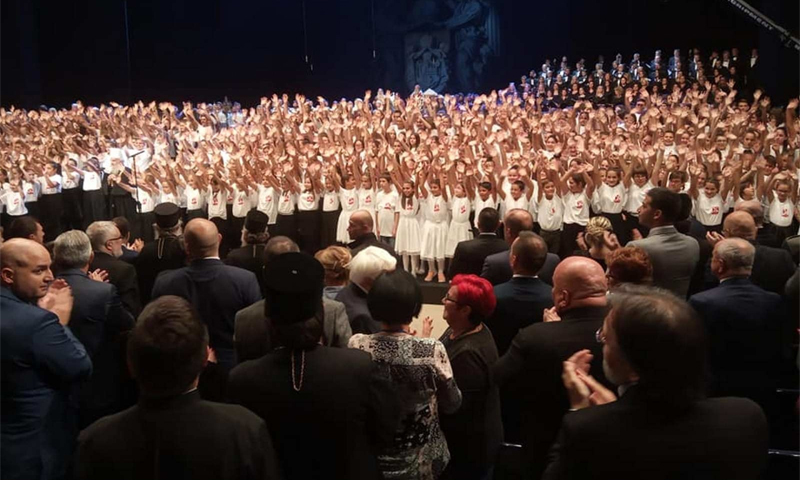 It is necessary now, when we are scared, when we are locked in our homes for a very long time, to make people aware that music is healing and that listening, as well as making music, can reduce stress and calm the fear of disease, both in adults and in children. It is necessary for teachers to become aware of the need and to find ways to integrate music into their subjects. These will be great ways to add value to the hybrid classes that await our next school year, on one hand, and to relax and brighten up online classes on the other. Let us network with music and love!

The Education of Second Language Learners: A System in Plausible Deniability
Educating Generation Alpha
Sense of Belonging is an Institutional Responsibility and Roadmap to Student Success
The Importance of Teacher and Staff Recognition!
From Your Fingertips to The Highest Mountains, Aconcagua is the Place ‘Where Condors Bend their Wings’
Serbian Teachers Educate Migrant Children from Asia And Africa
CONTACT US