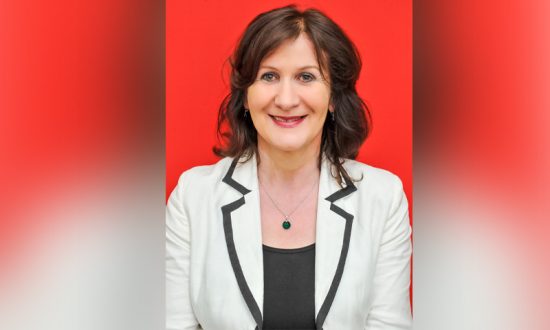 Atifa Saljic is a teacher of mother tongue and literature from the Republic of Serbia. She is an active member of the EduBalkan education platform and the Association of the Best Teachers of the former Yugoslavia.
She is extremely sensitive to the plight of refugees and migrants. That is why she works with migrant children, where through educational workshops and creative contents she tries to bring the language and culture of the new environment closer to those who have found short-term peace and shelter in her city.

The Republic of Serbia is located on the most frequent route – the so-called Asian transfer station and serves as a special bridge between East and West. Thousands of distraught and frightened people from Syria, Afghanistan and Iran who went to the countries of Western Europe are passing through Serbia. As the process of integration of more than 300,000 refugees and internally displaced persons from the territory of the former Yugoslavia is still ongoing in Serbia, so is the high level of empathy and solidarity of the local population towards migrants who use Serbia as transit to developed European countries. It is in Serbia, since 2014, that a large number of migrants from Africa and Asia have written a part of their story in search of security and a better life. Among them are a large number of young people, but also school-age children whose education was interrupted the moment they left their home country, and whose paths last even for years. Migrant/refugee children have mostly faced war, persecution and difficult challenges in their country of origin. Some travelled from Syria for a year and a half through Pakistan, Iran, Turkey, Bulgaria to Serbia. They experienced a series of troubles on the way to Serbia. The loss of home, loved ones, leaving one’s way of life caused great sorrow and fear.

Working with migrants, I met many exhausted children, in dirty and torn clothes, some of them barefoot, and all with traces of great fatigue and physical exhaustion. They confided in me that they often tried to cross the border with Croatia, walking for 12 hours to reach some of the countries of the European Union. With the help and support of the NGO Impuls, in the year of 2017/2018, I conducted a survey related to the attitudes of migrant children about school attendance.

The knowledge I gained was a guide for further steps that helped schools, teachers and parents of migrants. Many of them did not attend school for months and years, and some children were never included in any formal school system. Most migrant children said they were willing to learn the language of the country in which they reside. Some of the children’s responses were, “I want to go to school because I like to have friends”, “I want to go to school, be a good student and finish for a doctor to treat and help people”. I like my kids to be well, they go to school, learn the language and know something. Initially in Serbia, these migrant children could only receive an informal form of education. Until then, the activities included learning the language of the country they came from, English and the inclusion of migrants in various social workshops.

Although migrant children have the right to education, guaranteed by the Convention on the Children’s Rights, the system was expected to launch an initiative to include children in the education system. I did not wait for a systemic solution and instructions for the inclusion of refugee children in schools, but I volunteered to work with children in the presence of parents at the ‘Asylum Center’ in Tutin. The interest of the migrants and the motives for returning to normal life were an additional motivation for me. The child’s reaction to coming to a completely new environment, culture, way of life, together with the traumatic experiences of crossing a large number of countries, caused sleep disorders, alienation and fear of strangers. Ignorance of the English and Serbian languages of the refugee children made normal communication difficult. Having in mind all the difficulties that I came across through the conducted research, I clearly remember my first activities in the migrant settlement.

I invited the children and parents in front of the camp and presented them with my idea. They were already aware that a teacher would come to them. The smile on his face said it all, they were overjoyed. I invited them to stand in a circle. Pointing to herself, she introduced herself and asked everyone to come out to the centre of the circle and say in Serbian: “My name is…” They repeated their first word in the Serbian language, and now I remember all those names uncharacteristic of this climate: Kiana, Kimia, Muhammad, Mahajo, Ali Riza, Taha, Sami, Aslan, Mahti, Parsa, Taha, Paja and Jaz Dan. I suggested they repeat it two more times.

After that, I told them that I was from Serbia and asked them to say the name of their country. We heard: “I come from Iran, Afghanistan, Syria” all in Serbian. One boy spoke harder and while singing with him, they spoke several times, signalling everyone to support him. It quickly became clear that they loved learning through play, just like any other child in the world. I noticed that children are ready to attend classes with their authority and commitment, I made sure that all children go to school and get the opportunity to establish routines that their peers have and to acquire new knowledge, which they have been deprived of for years. My statement: “Whether we call them refugees or migrants, they are first and foremost children and deserve care and support” echoed the region.

The Ministry of Education of the Republic of Serbia paid special attention to the individual assessment of educational and other needs of students. All available capacities in educational institutions have been mapped. The starting idea was social inclusion, i.e. to return migrant children to their deprived childhoods. Teachers received the necessary training on how to work with children who do not speak English. Teachers who are sensitized to work with traumatized children, who do not know the language of the state and who are highly motivated to work with migrant children, played a major role in these training. Their experience was valuable. At these teacher training, I talked about how to adapt and overcome fear, engage in extracurricular activities with peer and parental support.

The key challenges that the school faced in including migrant students in the education system, such as the language barrier, which is the most obvious obstacle, were overcome bychildren through peer learning. Serbian children showed solidarity by learning about culture and tradition from migrant children, and migrant children learned about Serbian culture. I am most pleasantly surprised by the empathy of children from Serbia who showed the greatest and most beautiful welcome to migrant children. Thanks to the good organization of the state of Serbia and the enthusiasm of teachers, migrant children quickly fit into the education system. There is no doubt that education plays a crucial role in guiding migrant children, but also their families, in adapting to the new country and culture, and in establishing new relationships within the local communities in which they have found a temporary home. It is necessary to expand educational initiatives aimed at students of migrant origin.

Very few countries have implemented structural reforms at the level of systems, schools and classrooms to create the conditions for migrant children to feel comfortable in the new environment. No doubt empowering teachers and students to recognize and accept differences is much more than involving children with a migrant background in their education. The whole system of diagnosis and support for migrant children requires modern evaluation, to make their inclusion in the educational process more individualized, flexible and responsible. Therefore, it is necessary that in all countries that have migrants there is strong and constant systemic support, assessment of the previous schooling, assessment of mental health, all to create conditions for the unhindered education of each individual. We must always keep in mind that at some point, each of us can be a migrant in a country in the world and treat migrants who are in our countries that way.

The whole system of diagnosis and support for migrant children requires modern evaluation, to make their inclusion in the educational process more individualized, flexible and responsible

The Education of Second Language Learners: A System in Plausible Deniability
Educating Generation Alpha
Sense of Belonging is an Institutional Responsibility and Roadmap to Student Success
The Importance of Teacher and Staff Recognition!
Networking Through Music
Caring for Special Needs Students Within Classrooms
CONTACT US