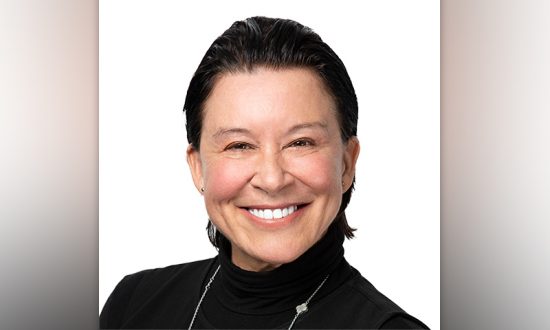 It can be said that we are living in the age of exponentials, the age of accelerations, the age of disruptions, the technological era, or the fourth industrial revolution. We all know that there are jobs of the future that don’t yet exist, and we have seen jobs disappear.

For many thousands of years, humans have lived on earth in in small communities, generally not affected external factors, and we evolved with nature to anticipate change on an incremental scale.

Today, our reality is vastly different. Humans live in incredibly complex societies, the majority away from rural settings, interacting with other people, communities, and organizations on a regular basis without ever even meeting them. We are living in two worlds; our daily ‘real’ world and a virtual world that is relatively new and that looks nothing like the world that humans have evolved within. We are experiencing rapidly advancing technologies – exponential technologies – that are transforming the way that we work, communicate, do business and operate as a civilization.

What does this pace of technological change mean for us?

The increase in social media use is one such exponential growth area, where Facebook, Instagram and TikTok boast ‘populations’ bigger than some of the largest countries on Earth.

What are the impacts of so many individuals joining together in these social media platforms? 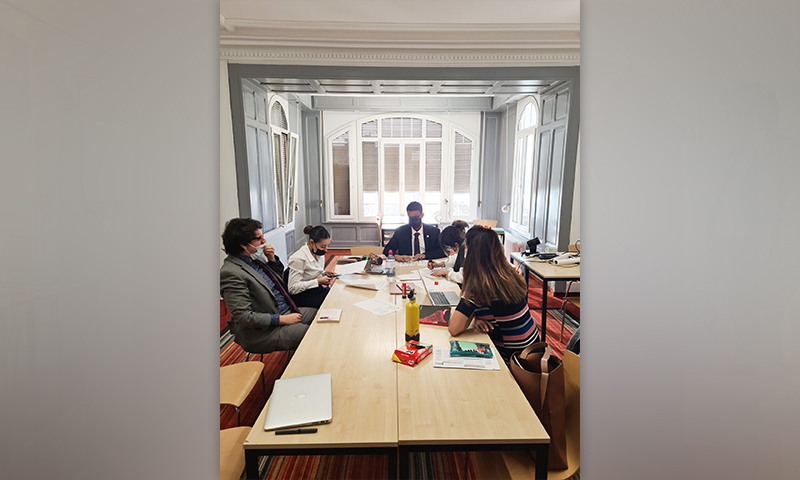 What we do know is that these online countries provide incredible power to a handful of tech giants and can make anything happen, election hacking, change of policy or politicians, they can literally use these groups to change the world. This is groupthink on a massive scale.

The 2020 Netflix Documentary, The Social Dilemma attempted to highlight some of the detrimental effects of technology and our relationship with social media platforms. The Social Dilemma, viewed by more than 150 million people around the world, was produced in collaboration with the Center for Humane Technology, a non-profit in San Francisco that is working to expose the negative effects of technology on our society’s functioning, and in turn enhance humanity’s capacity to solve the most pressing challenges of our time. In the documentary, Tristan Harris of the Center for Humane Technology in San Francisco says:

“While futurists were looking out for the moment when technology would surpass human strengths and steal our jobs, we missed the much earlier point where technology surpasses human weaknesses. It’s already happened. By preying on human weaknesses — fear, outrage, vanity — technology has been downgrading our well-being, while upgrading machines.”

The Social Dilemma takes a serious look at how technology evolves and can be used in unexpected ways, and how we as a society need to reframe our view of it to build better safeguards.

‘Technology has been downgrading our wellbeing.’ But social media makes us feel good, doesn’t it?

One of the most positive aspects of social media and posting images is that it allows a bank of memories to be saved for all eternity. Social media has enabled a generation of children to have agency over their own images and to make decisions about what to share and with whom but there is no room for error it seems.

In the End of Forgetting; Growing Up with Social Media, Katie Eichhorn notes, ‘What we are now facing is the prospect of having documentation of our youthful lives broadcast on what may best be described as a continuous loop.’(Eichhorn; 2019)

So, prior to social media, if there was a particular moment that had been captured on film, the solution was easy, throw the image away! But now, this action that only took seconds, now is almost impossible. Was the photo deleted? Is it gone? Has a friend or family member saved it? Has anyone been tagged in it? Does it exist on another device? How do I really know it’s gone? It seems nothing can be deleted on our social media platforms – it lingers online for others to find for eternity. Growing up is about moving forward in life and creating distance between our past and our present. What happens when we are unable to distance ourselves from our past? To young people this can seem like an insurmountable problem that may torment them for some time.  Our images of childhood will now go on forever. What is the effect of this perpetual childhood? Maybe it’s too soon to tell.

There are clearly many reasons why social media has been linked with anxiety and depressive symptoms, negative body image, sleep problems and cyberbullying (Royal Society for Public Health, 2017), but increased social comparison is one of the most powerful. 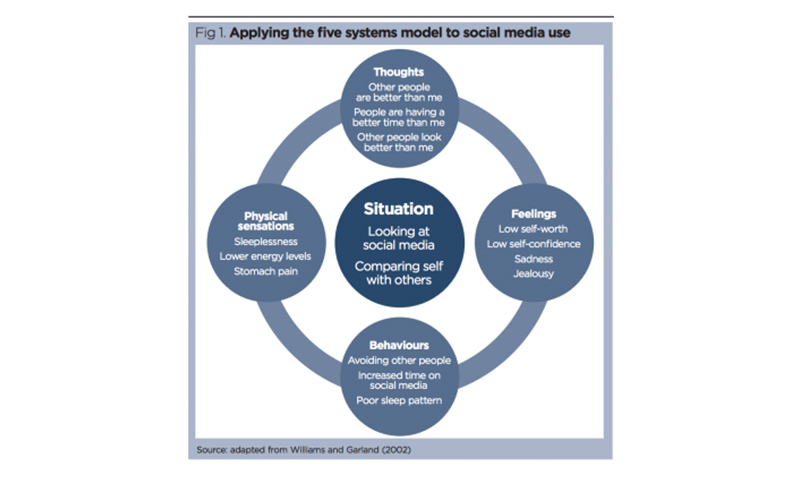 Alfred Adler pointed out, “to be human is to have inferiority feelings” (Ansbacher and Ansbacher, 1964), and in the age of social media, this is potentially heightened and amplified. Social comparison in the real world usually involves the self and a few others, while the digital universe of social media presents almost limitless potential for people to compare themselves against others. Research predating social media estimated the average person had 10-20 close relationships and up to 150 wider social relationships (Dunbar, 1993); the average number of online ‘friends’ is estimated at 338 (Pew Research Center, 2014) and up to 500. While social connection offers people many positive opportunities, the more connections, the more opportunities there are for social comparison.

Many people try to present their ideal selves on Facebook (Zhao et al, 2008) and the same could be assumed for other platforms.  Although every human experience is different, Williams and Garland’s five systems cognitive-behavioural therapy assessment model illustrates the role that social media and social comparison may play in mental health problems (Fig 1 from Williams and Garland 2002). Social media may be a vehicle for distress, increasing vulnerability, as the user makes upward social comparisons, which can result in self-disappointment and low self-esteem. Evidence is emerging of links between increased social media use and mental health problems, but more research is needed. The key ideas highlighted here are:

Our own self worth is tied to our social media approvals/likes. The externalisation of our self worth is tied to these companies who control it. We are vulnerable to social approval and we care about what others think of us. We care when we are tagged in a photo or when we put a new profile photo up and we want people to like it. The tech companies control when the profile photo pops up on a feed and for how long. These techniques are designed to hijack our attention and hold it. But as we have seen, it causes us and our young people so many issues too that range from cyber-bullying to self esteem issues and a bunch in-between. 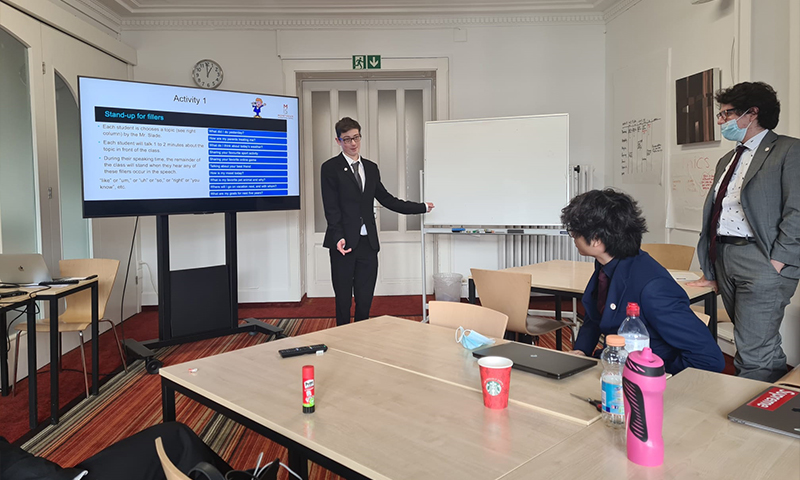 Former Facebook president, Sean Parker, described the platform as a, “social validation feedback loop”, and admitted the ‘like’ button had been deliberately introduced to give “a little dopamine hit” and encouraged continued use.’’ (Solon; 2017).

As recent Facebook research has concluded, Instagram damages the mental wellbeing of its young female users as it was linked with anxiety, depression, body image issues and suicidal thoughts. Melissa Hunt, a psychologist at the University of Pennsylvania, compared the feelings of two groups of undergraduate students assigned with different daily usage online. After three weeks, the group assigned 30 minutes per day, reported fewer feelings of loneliness and depression. Exploring research such as this and highlighting the persuasive techniques used on our social media platforms is another way to help build resistance to them and resilience for their continued use.