Home /INDUSTRY PERSPECTIVE/Pencil, from a Tantrum to Improving Early-Childhood Education in LATAM

Pencil, from a Tantrum to Improving Early-Childhood Education in LATAM

Juan Manuel Zuniga is a Colombian engineer with more than 20 years of experience in software and digital product development. He is a tech entrepreneur passionate on how technology can improve our lives and most recently, the quality of education in LATAM. He is the co-founder of Pencil, an Ed-tech Startup seeking to close the connection and communications gap between teachers and parents in early childhood. On 2020 Pencil was acquired by Colegium, a Chilean Ed-tech Scale-Up, where he became their Chief Product Officer (CPO) for the whole portfolio of K-12 solutions.

My name is Juan Manuel, I live in Cali, Colombia and I have a story for you. A few years ago, Alejandro, my oldest son, was starting school.

Our school uses a small ride-on train to take the kids from the parking lot to the pre- school. He was thrilled. He boarded that train and drove away, leaving two sobbing parents behind like it was nothing.

The next day the scene was quite different: Alejandro realized that this short train ride meant not being with mommy for hours and that it was going to be a regular thing… and he did not like that at all.

This time, the sobbing was a family thing while we watched him depart in that toy train station being held by one of his teachers while his arms were trying to reach ours.

The following days, my wife and I watched how Alejandro slowly started to like his new school, however we knew little about what went on during each morning in his classroom.

“Of course, we will send you daily updates in the traveling notebook” said his teacher the first day, referring to a tiny notebook that was supposed to be our primary communication channel with him.

That never happened, I believe we got like 15 notes in the whole School year.

This experience was the inspiration that gave birth to Pencil, the first app based early childhood communication platform in our city.

I initially pitched the idea to my brother, and he loved it. We were in Business. He was going to finance Pencil from far away (He lives in Mexico) and I was the guy with a dream.

It all started with a clumsy PowerPoint. We pitched the idea to a few early childhood centers in our city, and guess what: They did NOT love it…they loved the notebook, but they also knew that all the new parents were asking for a more eﬃcient and preferable digital way to communicate with them, so they went along with it.

Pencil’s first version was a mess (as it should) but we learned a lot and improved it and less than a year later we had 20 Early childhood centers using our app.

The original goal was to replace the notebook as a communication tool, but the pictures and videos were the engagement drivers. (We learned this year’s later)

Parents could now get a glimpse of their children’s day and even share time with the kids in the afternoon looking at the pictures.

We were happy. Our bank account was not….we weren’t making ANY money at all.

So, we took it to the streets to make our client base grow. I remember visiting 6 or 7 center per day. It was exhausting, but the AWWW moment that we got from the center administrators (that understood what Pencil was all about) was worth it.

Fast-forward more than a year, we were now in 4 cities, more than 60 early childhood centers were using our app, and we were growing…slowly.

As you can see by now, this is the typical story of any organically growing small businesses that would take many years to flourish, especially in education.

My brother had other plans.

He was still working his 9 to 5, so he could afford our beautiful money pit. He invited a friend that was “between jobs” as he was part of a Startup that was just sold.

We analyzed the complexity of our market, how it was so fragmented, tech-adverse and a real challenge, but we were stubborn.

It was the year 2019, around August, in the many options we were looking at to turn Pencil into the next big thing we applied to RockStart LATAM, a startup accelerator from Europe with an oﬃce in Colombia.

Out of 700+ startups along with 9 more Pencil became part of their 3rd batch, which included a 6-month intensive, face-to-face program and a money investment.

So, on November the second of the year of our lord 2019, at 42 years old, like a teenager going to college, I moved to a small 2-bedroom apartment in Bogotá with Pablo for 6 months.

Rockstart was an intense, beautiful experience; we learned a lot and worked like crazy. In addition to managing a Business with over 90 clients, 11 employees, we had to keep up with the program: A crazy schedule, lectures, metrics reviews, and an insane amount of 5 minute feedback from a plethora of well-intended people who knew a thing or two on “how to make it in America”. 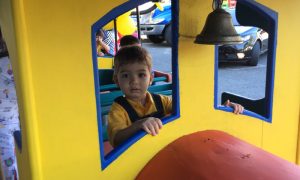 We pitched Pencil more than 90 times, we got tons of rejections but learned a lot, until finally we managed to get the interest of a few private and institutional investors.

All the momentum, excitement of a new chapter for Pencil and intent of our soon-to- be investors disappeared in less than 3 weeks.

This part of the story is called: “Now, what the hell are we going to do?”

Let me paint you a mental picture of our situation:

Don’t ask me the logic or the reasons, but we decided to keep going.

We did what everyone did during the first months of the Pandemic: We did webinars! Lots and lots of webinars.

Heck, we even created a weekly virtual bedtime-story session free of charge with a close friend of Pablo who is a children’s book author. The kids loved it. How that impacted our Business, we might never know.

In this webinar euphoria, we ended up in a virtual stage of the Ed LATAM Alliance, which invited renowned Edtech Startups from many Latin America countries (We were not “renowned”, but still we manage to get invited)

That day we shared a stage with many other inspiring startups and scale-ups from LATAM and among them was one Chilean Scale-up that we found very interesting.

After the event, it occured to me to email the CEO of that Scale-up, just to ask for feedback (For the millionth time)

I had sent many emails like this and got no response, but this time, within just 3 hours we got one.

On June 10th, 2020, we met with Ariel, the CEO of Colegium, the Chilean Scale-Up with more than 20 years on the market, a huge client base and a rich portfolio of K-12 software solutions.

This meeting was the beginning of 4 months of conversations that ended with the merger (More like absorption) of Pencil by Colegium…at exactly 2 weeks before Pencil went bankrupt.

Pablo became the CFO of Colegium, I became the CPO and our entire team got hired and integrated to a family of more than 200 people with only one goal in mind: Improving the quality of education in LATAM trough technology.

This part of the story is called: “Now, what’s next?”

We now know that Pencil was much more than just communication, it was about connection between mostly scared first time parents and experience care takers and teachers that increased the parental involvement in those critical first years of the child social development, ultimately improving the well-being of entire families and communities.

We are now working in the next version of Pencil, which will come with more key specific features design to drive engagement even higher and further strengthen the parental involvement that we now know to be so beneficial.

Our new version is also aimed at having a higher purpose: Improve parental involvement in every corner of LATAM, and what that means is: Public Sector. 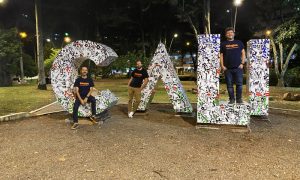 Rural and government operated daycares with connectivity problems, parent’s and teachers with little to none tech experience, low-end devices even with no Internet connection are among the challenges that we are working to solve.

We have also learned a lot from the data in Pencil, and for our next version we want to make the numbers speak to the teachers, parents and administrators in a way they can understand and help them make better decisions.

And last but least, Pencil is coming to k-12! We have found that the emotional connection trug fluid communication that Pencil brings to early childhood can benefit families with older children during their school years. This is quite interesting because now we have a new player: The child himself is now part of the loop, so we are working on understanding what would drive engagement in an older child or even a teenager so that he becomes involved in the process and can benefit from it.

I still remember those days during the first months of the pandemic in my house working without knowing when the dream of Pencil was coming to an end, having absolutely no clue of our destination (or destiny). Only an intense belief that somehow what we were doing was important, that we had to keep going.

To me, it’s still very fascinating how life crossed our path with Colegium and we found Ariel, José, Alberto and Jaime (Colegium founders) with that same goals and beliefs so now we are all working together to improve education in LATAM.

Select the Right Subjects in High School Aligned with your College Majors
Regenerating Education by Leading from the Middle: A Reflection Checklist for Districts
Virtual Reality Based Education: Power of Metaverse
Language Eco-Tourism: The Beginning of a New Era
EdTech in Latin America: An “Education Renaissance” Tale
Co-creation as a Factor in School Innovation
CONTACT US