Home /INDUSTRY PERSPECTIVE/Co-creation as a Factor in School Innovation

Co-creation as a Factor in School Innovation 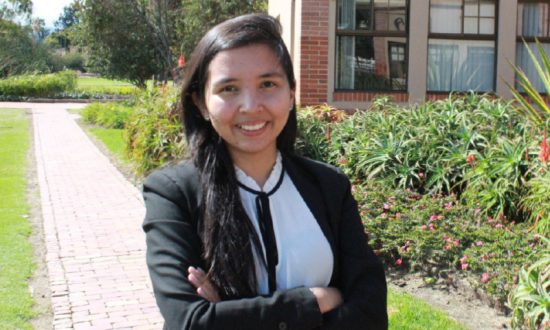 Katerin Camila Montaño Boada is a business administrator with master´s degree in innovation. She is passionate about Ed Tech project management for the transformation of digital education. In her five years of work experience, she has had the opportunity to lead the implementation of projects    at a national and regional level, to improve the learning experiences of children, youth, and adults.  She also had the opportunity to articulate multicultural teams and exploit her logical-mathematical ability for the creation of KPI structures to improve the performance of projects with agile and innovation processes.

Nowadays we hear about innovation as a modern term that makes any process sound much more attractive to other people, but what is innovation really? is it a skill that is developed in people, a way of naming some adjustment in a process, a methodology, or is it just a buzzword?

In the 1940s, a German economist was the first person to define innovation as referring to a novel result, a new good, or a new quality of a good; a new method of production, a new market, a new source of supply, or a new organizational structure, all of which can be summarized as “doing things differently” (Schumpeter, 1942).

The definition is more anchored to the organizational sphere, but can innovation only occurs in the business sphere? In 2010 we found an abbreviated definition that is much broader than the initial definition, which states that innovation is the production or adaptation, assimilation, and exploitation of a novelty that adds value in the economic and social sphere; it is the renewal and expansion of products, services, and markets, the development of new production methods; and the establishment of new management systems. It is both a process and a result (Crossany Apaydin, 2010).

Innovation is a system that starts with a person or a group of creative people, these identify a problem and co-create an idea for the solution. This idea becomes a tangible solution that they implement, at the time that the solution generates an impact the process becomes an innovation, but for innovation to last over time it must continue to innovate, and thus an innovation system is created. Since we understand that innovation is a system, how can we see it represented in education? Before answering the question, let´s review another current term, co-creation. 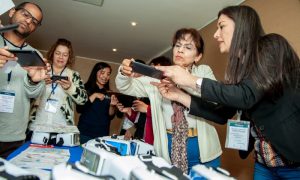 Co-creation is a collaborative exercise in which people generate something tangible around a common theme. It is an exercise that human beings have carried out since the beginning of time since it is innate for social beings to create in a community. From education, we can see it reflected in the collaborative processes that are generated between students and their peers and in some educational methodologies that are being implemented. Nowadays it is more evident that we learn by sharing knowledge in groups and from experience, in other words, from learning by doing.

In the education field, innovation can be understood in two ways: as the adoption and introduction in the school of something that already exists outside or inside the school, and as a product or response to the solution of a specific problem or internal need (Ramírez;2012).

In my years working in the social and private sector supporting Colombian educational institutions, I have noticed that the processes that are created to generate a positive impact on education are not adapted or do not generate the desired impact, which is reflected in educational progress. In my time in the institutions, I have met with teachers who are willing to change their processes, to adopt innovative methodologies, to change the way they want their students to perceive them, or to see technology as a tool and not as an enemy. But what can stop teachers in this process of change?

Due to the pandemic, the educational sector suffered an acceleration in the implementation of technologies in the classroom, but this does not mean that educational processes changed, only that due to necessity they were able to adapt in the best way to the new context. Some teachers’ managers understand digitization as an innovation process, and it is not so since it does not really generate a change in the teaching and learning process of students.

Universities conduct research on education in the environment of the Educational Institution and from these processes, new knowledge, innovative methodologies, processes, among others, are generated, but there is a gap in which these new resources do not reach the Institution, since they do not take into account from the first moment what to do in the Institutions and the real context of the teachers, so they are not identified, or they never get to know the information.

Colombia is a highly biodiverse country, having so many different cultures and territories, the task of defining general parameters is very challenging since it is not the same to teach in a dry territory like the Guajira, a jungle territory like the Amazon, or in cities like Bogota o Medellin, so the processes of innovation become a task of departments or even Educational Institutions. Because each Educational institution is a different world, even if they belong to the same department.

I remember one of my field visits to Buenos Aires, not Buenos Aires-Argentina, but the department of Cauca, I was going to accompany a workshop of a person of my team in an Educational Institution in the rural area usually, the trips to the rural area are made by public transport either by bus, boat, motorcycle or even bicycle, depending on the territory. In this case, the school was at the top of a mountain, so we synchronized with a teacher to take us in his SUV. For two hours from the urban center and by the trail we were able to see the dynamics of the population and each time we got closer to the top of the mountain houses could be seen. When we arrived at the school was at the tip of the mountain surrounded by vegetation, almost not visible from afar. We arrived 30 minutes before the start of the workshop, so many teachers had not yet arrived. As the time of the workshop approached, people began to come out from many points of the vegetation surrounding the school, most of them with their rubber boots because of the walk from their place of lodging to the school. As the innovation workshop began, the teachers were excited about the knowledge we were about to impart.

They were all very receptive to the information and exercises, and we showed them different methodologies to implement. At lunchtime, which was at the school restaurant (they usually have breakfast and lunch at the school because most of the places are far away), the teachers told us that without knowing it, they were already implementing some concepts of the methodologies, that they wanted to connect with their students so that they would attend classes more and that they would arrive with a lot of encouragement. When we inquired a little more about why they did not do this before, they told us that being in such a distant territory, very few projects or processes beyond the standards of the Ministry did not reach them, even though the rector at that time interceded so that more things would arrive. 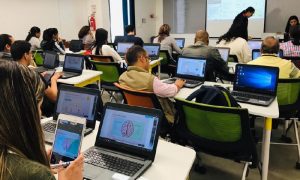 When we continued with the workshop in the part of ideation of how to implement what we learned, we were very surprised because the group presented us with different ways to implement in that were adapted to their context and that from our lack of knowledge we did not understand, to see community strengthening processes, focusing the learning from the power to connect and inspire the students, in short, to make them fall in love in such a way that they would want to come back every day. At that time, we had not seen this in any other workshop, since the priorities and contexts were different, in this municipality what the teachers were looking for ways to attack the problem of non-attendance at the institution because the students preferred to go to work rather than to the institution. The teachers continued to implement what they had learned at the time and told us that they had reduced absences in the higher grades and that they continued to co-created solutions together with the help of the methodology and the motivation of the principal.

The innovation processes cannot be given from a general parameter so that all the Institutions carry them out in the same way, but it must be a process that gives minimum parameters and that allows each Institution to implement it in the way that best suits its context and needs. One of the most important actors in this process is the teaching director who is the head of the institution and who is committed to generating a transformation from the participation of him and the teachers, it can be achieved.

The processes must be co-created from a real context with the participation and leadership of teachers and not from a superficial study that does not understand their dynamics and that generates processes without them. So, I invite universities, private companies, Ministry, Secretariats, among other entities, to think about innovation, not from a process that is carried out from superficial research but a process that should be co-created between you and the Educational Institutions, that can convene the largest number of teachers from all entities in an area, generating spaces for creation and catharsis in which they can identify the different concerns that afflict them all. And that they feel so involved in the creation of the processes that when the time comes to implement them, they feel identified and represented.

Select the Right Subjects in High School Aligned with your College Majors
Regenerating Education by Leading from the Middle: A Reflection Checklist for Districts
Virtual Reality Based Education: Power of Metaverse
Language Eco-Tourism: The Beginning of a New Era
Pencil, from a Tantrum to Improving Early-Childhood Education in LATAM
Learning to Be Ourselves – International Smartphone Filmmaking Workshop
CONTACT US