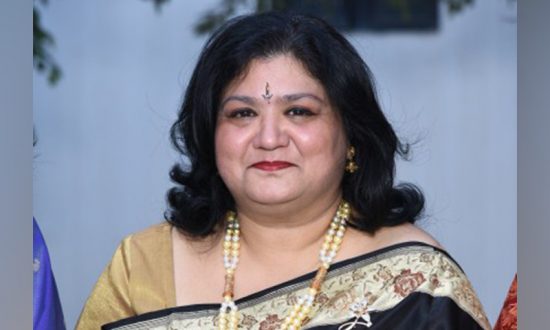 Ms. Anshu Mital is the Principal of the school. Ms. Anshu comes with a rich experience of over 25 years working as Principal at DPSG Gurgaon, acting Principal and PGT at Salwan Public School, and Vice-Principal of Amity International School, Saket. She has a B.Ed. and an M.A. in English Literature, and has been actively involved in leadership roles such as training teachers in CBSE workshops, as well as managing school administration. Ms. Anshu has also been the recipient of the Samman Award for using innovative practices in teaching from Rotary Club, New Delhi in September 2015.

‘Mental Health’ is a sonder, onerous term with various interpretations, interpolations, and unwelcome societal stigma. It has to be comprehended in a sedulous and compassionate manner, from an individual’s perspective, depending from person to person.

Earlier, there was little to no emphasis given to mental health issues and problems, quite spuriously delegitimising and undermining the seriousness of the matter. In the previous five to six years, it has found respectful mentions and become a substantial part of public debates and discussions, arising out of collective consciousness in the wake of rising suicide deaths and cases of depression.

However, still, the overall incipience and lack of knowledge of commoners and the general public with regards to mental health is disquieting even after the alarming surge in suicide attempts by the student community and young-age adult population. It was indeed incredibly saddening that there was no institutional support or psychological care offered to pupils in educational institutions.

Until now, traditional offline schools have a proper mechanism and psychological care centres and advisory in place to evaluate students’ mental psyche and provide care whenever it is required. Young minds are robust yet fragile. They need to develop a strong emotional intelligence system and a resilient thinking framework to face the odds in life and overcome them with gumption.

With so many social evils and mendacity like cyberbullying, social media trolling, body shaming, online abuse, and verbal calumnies on a vehement increase, it has become increasingly difficult for impressionable and naive children to retain peace of mind and an unflappable attitude. The virtual negativity and spite take a pernicious toll on their mental health and dent their self-viewing perceptions.

In the age of global interconnectivity and information gamut, debates and deliberations around mental health issues form the grist to mental health awareness and persuade people to abjure their parochialism in this domain. Trivialising mental health problems is a nemesis of a civilised society. There is an ostensible projection of social groups that they understand the complexity of such issues, but it is far from the truth.

There is a baleful misrepresentation of common occurrence to denounce a person’s emotional breakdown as if he were suffering from mental issues, often using derogatory words like ‘mad’ or ‘crazy’. There is also a reverse tendency to belittle or nullify someone’s mental health struggles as mere histrionics or an emotional overreaction to a tough situation. Both these cases are archetypes of widespread, inimical nescience of the general population, which has worsened the situation for people who suffer from these issues.

It is one of the reasons why Mental Healthcare has become such an important part of schools. Its purpose is to safeguard students’ interests while assisting them in recognising, facing, and resolving these problems. Making such wellness frameworks an intrinsic part of the school structure also elevates the standing of the educational institutions and improves their pupils’ performance.

Is an Executive MBA Important in one's Career to make better business decisions?
Empathy for Education
Evolution of Teaching
Inquiry-Based Learning and Teaching Science: My Experiences as a Teacher
Creating an Entrepreneurial Ecosystem for Nurturing Leaders of Tomorrow
MRG School Pays Tribute to its Maker, Shri Mange Ram Goel on Founder’s Day
CONTACT US