Scaling Computational Thinking and Coding in Schools in Latin America 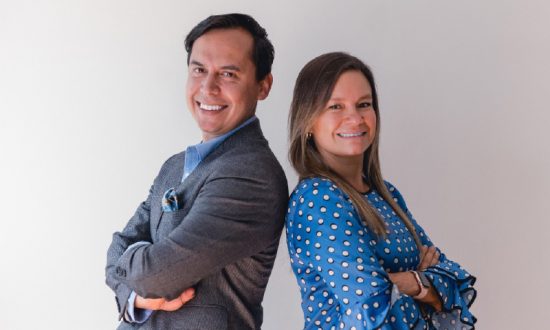 It is obvious for most educators that we need to change the current education system. Most of the time we are educating for a world that is not going to exist in the future. According to the Future of Jobs Report 2020, the World Economic Forum estimates that “by 2025, 85 million jobs may be displaced by a shift in the division of labor between humans and machines, while 97 million new roles may emerge that are more adapted to the new division of labor between humans, machines and algorithms. ”

One of the biggest problems is that most educators do not understand the role that K12 education plays in this challenge. The world is focused today on solving the problems of:

(1) workforce’s reskilling and upskilling: “The World Economic Forum estimates that more than half (54%) of all employees will require significant reskilling by 2022, but the problem is likely to be even more acute in some regions. European Commission figures show that around 37% of workers in Europe don’t have even basic digital skills, not to mention the more advanced and specialized skills companies need to successfully adopt digital technologies. ”

(2) workforce ICT capabilities: “In an increasingly data-driven future – the European Commission believes there could be as many as 756,000 unfilled jobs in the European ICT sector by 2020 – this difference will become even more acute.” and Code.org estimates that there are 500,000 unfilled computing jobs in the United States.

But without the help of the K12 education system, the world would not have enough people either interested in technology or with the right knowledge base to meet these two challenges. According to HolonIQ, Bootcamps are doing a great job at partially solving this problem. “Tech Bootcamps re-skilled and up-skilled over 100,000 professionals globally in 2021, up from less than 20,000 in 2015. We expect this number to reach over 380,000 by 2025. ” Nevertheless, we need to reach more students, at a scale that is only solved at the K12 educational level. The K12 education systems need to prepare more students in computational thinking and coding. It needs to view coding as another language and not as a subject like science. 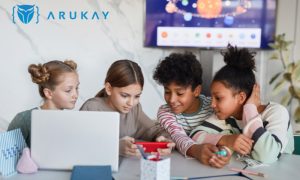 There are 4 languages that must be taught in schools:

Unfortunately, the K12 education system around the world is doing a poor job at educating students in computational thinking and coding. According to the report “Searching for Computer Science: Access and Barriers in K-12 Education,” 3/4 of principals surveyed said that their schools do not offer courses with computer programming and coding.  Most of the time, school administrators do not prioritize computer science education because they prioritize subjects that are included in required testing. Despite PISA incorporating questions that test computational thinking in the mathematics assessment in 2021, most governments across the world haven´t incorporated computational thinking in K12 curricula.

Latin America suffers a worse fate than other regions due to the lack of interest from most parents to pay for additional complementary education for their children outside of what the schools offer. This is particularly different from what is seen in Asia where parents devote a large portion of their disposable income in supplementary education. An example of this is the success of EdTech companies in Asia, like BYJU’s, which are mostly in the B2C supplementary education. In Latin America, K12 EdTech solutions that want to reach scale need to go through the school system.

In addition to going through the school system, any K12 EdTech solution needs to be affordable, easy to implement, and tailored to academic local standards.

The most successful EdTech solution for computational thinking and coding in Latin America is Arukay Learning System. Arukay Learning System (www.arukay.com) is a curricular learning system for K12 schools that teaches coding and computational thinking through STEAM (science, technology, engineering, arts, and math) projects. Arukay has impacted +100K students, +4K teachers and +300 schools from the private and public sector in eight countries across Latin America.

For centuries, Latin America has leveraged its natural resources to create wealth, but Arukay aims to create economic growth based on the talent of their population. Nowadays, the startup ecosystem in Latin America is creating an unprecedented value. In 2019 Softbank created a dedicated US$5B fund for Latin America startups, fueling the growth of many startups and waking up Silicon Valley participation in the region. Since then, there have been several startups across Latin America, some of them unicorns, that have disrupted different industries. Rappi, Nubank, La Haus, Tül and Chiper are some examples of companies that are game changers in their industries. The founders of these startups have leveraged their coding skills and capabilities to disrupt their respective industries with technology. Arukay focuses on this opportunity that technology brings to the Latin American region. Arukay is educating the next generation of entrepreneurs from 4-year-olds to high schoolers. Arukay’s students will be able to be fluent in coding because they learned it from a very young age thus tapping into the opportunities that the tech industry is creating very early on.

When Arukay was founded in 2014, the idea of teaching STEAM education in K12 using coding as an instructional language was an audacious idea, even for the most innovative schools. It took a couple of years and two pivots for the company to find the right educational model. An educational model that can scale across geographies, languages, and academic standards.  Arukay’s objective is to democratize the access of computational thinking and coding education. Any kid should learn how to solve everyday problems leveraging the power of technology. 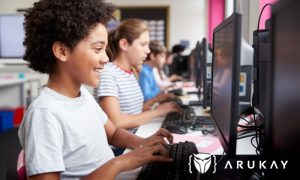 Arukay’s Learning System is composed of a product and a service both delivered through a platform:

A product: Arukay’s Learning System delivers a lesson-by-lesson cloud-based curriculum differentiated by grade, from kindergarten to 12th grade. The Arukay system has different programs starting from the foundations of computational thinking and block-based coding programs to text-based programs. Arukay’s Learning System is delivered in 3 languages: Spanish, English and Portuguese.

A service: Arukay trains teachers who are going to implement the Arukay Learning System. Teachers do not need to have a technical background to implement the Arukay Learning System. Arukay’s motto is that anyone can learn how to code. Arukay trains teachers throughout the school year and certifies them. Teachers also get analytics and reports to keep track of their students’ academic performance.

A platform:  This educational platform delivers all the content and teacher training. It provides adaptive learning to students powered by machined learning. The platform also collects data to learn how teachers and students learn.

Schools implement and operate the Arukay Learning System. Arukay Learning System is cloud-based and runs on any device. Arukay’s methodology includes both project-based learning and designing thinking. Arukay has a solid academic rubric aligned to two international standards as well as to local standards. Arukay is a turn-key solution that provides what the teacher needs: content, grading systems, analytics, and reports.

Arukay wants to democratize the learning of computational thinking and coding no matter where students live and what language they speak.  The K12 segment is yet to be disrupted. The school system will increase the number of hours devoted to teaching coding. Today most schools dedicate just one hour a week. This is going to change. The number of hours will increase until it gets to an hour daily. Arukay aims to develop a K12 curriculum that teaches all subjects using coding as the instructional language.

Vicky has more than 20 years of experience leading teams in the financial, education, and health industries. She has been the Director of Internet at the Stock Exchange of Colombia and the Pension Fund Porvenir. She has acted as vice-president of Operations at Best Doctors and was the founder of INNCUBATED (the first education startup incubator in Colombia). Vicky is a co-founder of Arukay. She graduated from Universidad de Los Andes, CESA, and Harvard University.

Marcelo has more than 20 years of experience in financial and strategic advising, 15 years exclusively working for the education sector, guiding institutions, companies, and business groups. He was in charge of the Latin American region for The Parthenon Group, one of the most recognized consulting firms in educational strategy based in Boston. Marcelo is a Managing Director at Prismapar, a regional M&A boutique in Latin America. Marcelo is a co-founder of Arukay. Marcelo is a co-founder of the Global EdTech Startups Awards, the largest EdTech startup competition across the world. He studied engineering at Universidad de Los Andes. He has a Bachelor in Science from The Wharton School (UPenn), and an MBA from Harvard Business School (HBS).

Select the Right Subjects in High School Aligned with your College Majors
Regenerating Education by Leading from the Middle: A Reflection Checklist for Districts
Virtual Reality Based Education: Power of Metaverse
Language Eco-Tourism: The Beginning of a New Era
Transmedia Education: A Proposal to Stimulate Curiosity and Participation in the Information Era
Narrowing the Digital Divide in Latin America
CONTACT US