So, What is Digital Divide? 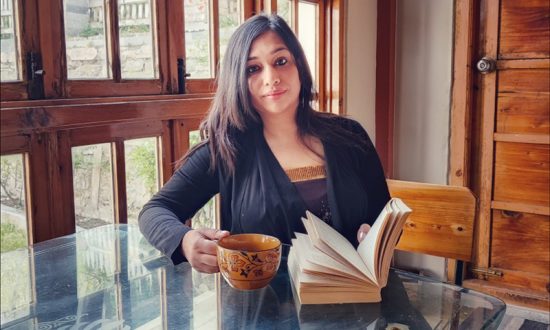 Surabhi is an engineer, entrepreneur, and career counsellor. She has been working in career guidance space since 2011 and established CareerGuide in the year 2015 with an aim to serve young students and parents in helping choose a career by striking a balance in the student’s aptitude and attitude.  CareerGuide annually answers close to 5 million career queries.  Surabhi graduated from one of the most prestigious institutes of India- BITS, Pilani – with a degree in EEE. Right after engineering, she joined the semi-conductor industry and worked on the design of wireless products.

Reports say COVID affected close to 320 million Indian students who had to shift to e-learning, finding themselves yet again affected as the digital resources that e-learning requires fell inadequate for these young minds. Giving rise to ‘Digital Divide’ as is the situation being addressed across. How do we define ‘Digital Divide’? Lack of mobile screens and laptops and internet connectivity? Lack of understanding of how best to use these gadgets? Or the feeling of the brain not being exercised as it feels in a physical classroom with having to write with a pen or pencil on a paper?  Maybe, all of these collectively define the digital divide in the education space.

As I am for the schools not reopening until the health situation in India stabilizes and the cases of corona promises decline, it leaves digital education as the way to go ahead. However, there is and will be a dark side to this new method of learning that the nation has adapted to.

Firstly, given that we are a nation of drastic economic inequalities, affording a digital resource (read smartphone / laptop) is a luxury beyond means to many, especially in rural parts of the country. There have been reports of farmer/labour fathers trying to sell livestock, which is their primary source of income, in order to buy a smartphone for their children’s online education; leaving us to wonder if livelihood is the price one must pay to acquire education. According to the National Sample Survey Office (NSSO), the percentage of houses with a computer device in India was 10.7 (as per 2018). That’s clearly a disappointing figure. Some state governments, like the Haryana government, have rolled out a scheme to offer free laptops to students of government schools. The new figure, post all such schemes are fulfilled, is yet to be calculated. And the total percentage of houses with internet facility is 23.8, which again is a poor indicator of how equipped we are digitally.

Coming to the second definition of what constitutes to digital divide is the ability of Indian students to optimally use technology. The same survey reported a total of 9.9% of rural population being comfortable in operating the computer as opposed to 32.4% in urban India. Speaking of the ability to use the web, the rural population accounts to 13% while 37% of urban population can use the internet.

By now one must have noted that none of the figures have come close to even the 50% mark. In some cases, it is below the one-fourth mark. Our divide of having an understanding of using digital resources for digital education is wide, very wide.

Finally speaking of does online education well replace the physical school? Well, to some it does; to some it doesn’t. I have cousins, from large households, who find it hard to concentrate in the online class as they did while at school. On the bright side, recordings of the classes help them when they mark themselves absent on a particular day. All of the house keep striding in and out of the room, they complain. Well, here diciplinarian parents of the nuclear family system probably help replicate an atmosphere that a classroom commands. Digital divide persists even at the family structure level.

So, how do we shorten this divide? May be the government should step in. Offer gadgets as well as robust internet connectivity to all those deprived. And not stop merely at the distribution. There probably should be a workforce to offer lessons door-to-door in operating the devices and making the best use of the web. And what could we do from our side? Perhaps, share our old devices with the lesser fortunate and help train the ones around us in using technology.

Financial Education- A Must for a Child from Beginning
Tips and Tricks to Get Admission for Architecture
Top 5 Myths about Studying Abroad BUSTED!
What Plagiarism Platforms Can Teach Us About Rebuilding Educational Integrity
Education with No Boundaries
Emergence of Digital Education in India
CONTACT US