Home /ACADEMIC VIEWS/Student Leadership, Service-learning, and the Evolution of the Teenage Brain

Student Leadership, Service-learning, and the Evolution of the Teenage Brain 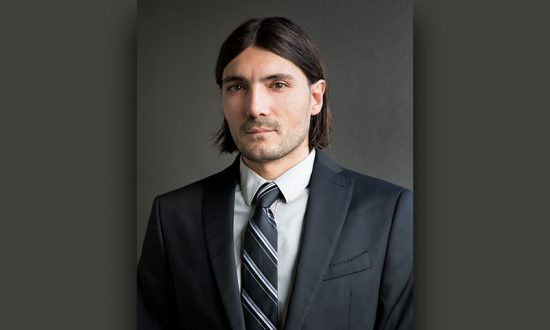 Jérémie Rostan is an educator with over 10 years of experience in international schools. Passionate about educational psychology, Jérémie has authored several books and contributed to many publications on a large variety of topics. He is also the founder of Student Leadership Initiative and helps schools transition from student-centered to student-powered models.

Teenagers have always had a bad reputation. “I would there were no age between sixteen and three-and-twenty, or that youth would sleep out the rest; for there is nothing in the between but getting wenches with child, wronging the ancientry, stealing, fighting–Hark you now!” laments a shepherd in Shakespeare’s The Winter’s Tale. Through the centuries, the stereotype seems to have remained unchanged: teenagers are overly emotional, reckless, unruly, stubborn, and gregarious. As the shepherd quoted above suggests, these negative traits have traditionally been explained by the fact that adolescence is a time of “crisis”: an explosive mix of adult aspirations and childish tendencies. Indeed, modern neuroscience has confirmed that the teenage brain is still very much in transition, with heightened activity in the limbic system and ongoing plasticity in the prefrontal cortex.

Yet, evolutionary psychologists have challenged this view of adolescence as inherently problematic. In prehistoric times, they point out, life expectancy was about 25 years, meaning that the responsibility for human survival rested with people in their teens and early twenties. The fact that they were up for the challenge seems to have stemmed from the evolution of four distinctive adolescent drives: agency, connection, innovation, and justice. Teenage is a time when individuals strive to assume control over their own lives. This is not only true in modern society or an effect of modern culture: even in the remote past, it was essential, to prevent inbreeding, that adolescents venture outside of their familiar environment and explore the world for and by themselves. Or rather, as a group. Indeed, if facing the unknown required a high sensitivity to rewards and tolerance for risk, doing so relatively safely favored a desire for both independence and interdependence, as well as the ability to form new, strong connections. Likewise, it made necessary a natural tendency to experiment and capacity to adapt and innovate. Interestingly, those requisites are all very much in line with the adolescent phase of the development of the brain, with its hyperactive socio-emotional centers and flexible knowledge circuits.

Looking more closely, however, the teenage brain seems to have evolved to not only explore, but literally take over the world from the previous generation—something prehistoric teenagers had to do, coming of age at a time when their parents were decimated by early deaths. There could lie the origins of teenagers’ heightened sense of equality and fairness; and there could also lie the origins of the stigma placed on adolescence: in its power struggle with conservative social structures. One such structure is the education system. Until recently, its goal was arguably to prevent independence and collaboration, to quell innovation and revendication, and to mold teenagers into appropriate members of society. True enough, the modern student-centered approach has transformed education: far from suppressing the drives that animate teenagers, its aim is now to leverage and develop them. Yet, this empowerment remains largely limited to the classroom: beyond its walls, students are still supposed to “know their place”—they are “only teenagers”, after all. The fundamental shift is thus still needed that would help us see adolescence as a solution rather than as a problem, and that would lead to student-powered schools where adolescents would practice the  skills needed to address the global issues they will inherit from us.

Far from being naive, this optimistic view is supported by the fact that, if the teenage brain proved adaptive to our early ancestors, it might still be so today, as humanity faces a renewed challenge to its survival: sustainability. As a matter of fact, adolescence could hold the answer to one of the most intriguing and important questions: how humans evolved to overcome natural selection. As Darwin himself wrote in The Descent of Man (an in the language of his time): “With savages, the weak in body or mind are soon eliminated; and those that survive commonly exhibit a vigorous state of health. We civilized men, on the other hand, do our utmost to check the process of elimination; we build asylums for the imbecile, the maimed, and the sick; we institute poor-laws; and our medical men exert their utmost skill to save the life of every one to the last moment”. Quite possibly, this civilization was the product of each new generation’s natural thirst for agency, collaboration, innovation and justice.

A good place to start this evolution from student-centered to student-powered schools is service-learning. Indeed, now that they are more needed than ever, nowhere can the four drives of adolescence be more effectively harnessed and refined than through programs that empower teenagers to initiate and contribute to collaborative projects addressing real-world issues. However, to play this crucial role and prepare the next generation for what has been its mission from time immemorial, service-learning programs must meet three requirements. They must be authentic, engage students in a practical reflection on what “service” really means, and clarify their learning objectives with a focus on leadership and membership skills.

Those are the objectives we are setting for ourselves at YIS, and we will be happy to join forces and collaborate with all educators around the globe who share our belief in the exciting potential of our teenage students.

Educating Generation Alpha
Sense of Belonging is an Institutional Responsibility and Roadmap to Student Success
The Importance of Teacher and Staff Recognition!
Learning Management Systems & Students’ Support
Top Four Reasons Why it is Crucial to Invest in Teachers and Their Learning
Why it is Essential to make Learning Fun and Interesting for Preschoolers while Online
CONTACT US