The Importance of Gamified Learning in Recent Times 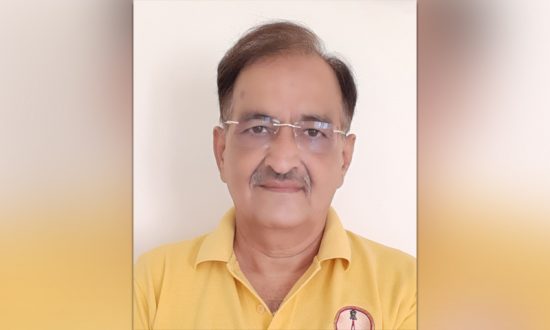 Kashyap Mankad is a Founding Member and Technical Director at 3D EdTech (Saras-3D) a dynamic ed-tech start-up that aims to elevate and transform the learning experience for K12 students through 3D technology. At Saras-3D, Kashyap oversees the overall operations and working of the various technical departments functioning in the India office. He drives the end-to-end development of content for all four subjects.

Sounds prophetic, right? This is not 21st-century stuff blurted out by someone who has a strange-sounding name and is young and a billionaire. Alvin Toffler, the great thinker, and writer wrote this in his famous book, “Future Shock” in 1971.

In this 21st year of the 21st century, with the Covid-19 pandemic continuing to wreak havoc throughout the country, we have started observing the significant impact it is having on our students. Now that schools are nonfunctional for almost a year, many students are at a high risk of regressing and beginning next school year at a deficit. When the lockdown started, the students, teachers, and even the school administrators heaved a sigh of relief. But when it started getting longer and longer with no end in sight, everyone started worrying. And at this point in time, ‘Online classes’ dawned over India with its full vigour.

Online classes are not new to India. In fact, India showed the path, way back in 1975, through the SITE (Satellite Instructional Television Experiment) program. This was through NASA lending their most advanced satellite (Application Technology Satellite-6- ATS-6) till date to India for a year. After this one-year experiment, only sporadic attempts like the educational programs on local TV stations and the launch of EDUSAT in 2004 were attempted by the government. But the private players flooded the ever-growing market. These ‘EdTech’ companies offered courses on Zoom, on YouTube, and on several offline platforms. Apart from the basic animations, video lectures, and quizzes, what is the ‘Technology’ offered while imparting ‘Education’ is a debatable question? But the thing is, this type of learning involves a student passively watching a teacher lecture, practicing rote memorization, and then taking a test. This method not only fails to engage students, but also makes it very difficult for them to make the connections that build the new neural pathways that are vital for sustained memory and instant recall.

What’s the way out? Well, as Alvin Toffler said, we have to unlearn and relearn. But then what to unlearn? Unlearn what M.A. Stoddart’s poem says and which is engraved in our minds for ages. It says:

“Work while you work
Play while you play.
One thing each time,
That is the way.
All that you do….. “
and so on.

Shatter the age-old belief that one has to (only) work while working, that is, only study, while studying. If we want to keep the students actively engaged, especially during these stressful times, the adoption of a new method of learning-a gamified learning – is a foregone conclusion. In this, elements of play and entertainment can lengthen students’ attention spans and help them learn faster.

Gamified learning has many forms and is still evolving. Primarily, a game is an interactive way to get involved in any activity. It has its own rules, goals, reward structure, and levels. And a good game would be an addictive one. An educational game should have all these and more. A clear aim or goal, interaction controls, and easily see the results are some important parameters apart from the reward structure based upon quizzes. A good UI/UX will make the educational game addictive too. Like a true computer game, educational games should be intuitively played, that is without a thick instruction manual. Consider this, more power and creativity are given into the hands of the students (and of teachers too) when the interactive science experiments appeared on the scene. IIT Mumbai (IITB) came out with Project OSCAR (Open-Source Courseware Animations Repository). Here, a student is able to change a parameter or two in an experiment and observe the results instantly, on the computer screen. University of Colorado, USA has a similar thing in PhET simulations. Learning STEM online had suddenly a new meaning, new fun with the gamification.

Now, permit me to talk about an important development happening in this space. The development, whose time has come. ‘Interactive Stereoscopic 3D visualization & simulation’ is the name of the game. This has changed the way a student learns a subject. Especially, one of the STEM subjects. The interactive stereoscopic gamified educational content has opened up the possibilities hitherto unavailable.

Talking about the ‘Interactive stereoscopic 3D visualization & simulation’, the system allows the user to interact, to play with the real life like stereoscopic models ‘dancing’ between them and the computer screen and visualize the exact working, dissect them, change some of the parameters and see the effect instantly. Imagine you are able to see a complex molecular structure and its bonds, rotate it, add some other ‘impurity’ in a pure material and see the effect. Mesmerized? Then also imagine launching a rocket, coming towards you at a lightning speed, albeit in cyberspace, so you are safe. Vary the terminal velocity of that rocket and see what way the satellite ejected from it will orbit the earth. Or will it reach the moon? The possibilities are endless. These simulations are actual, mathematically modeled simulations, not mere animations. So, everything is quantifiable, easing the reward structure. Genius 3D learning from SARAS-3D Inc is now available in India which offers these and many more things.

In the summary, let me quote Alvin Toffler again. He said, “The future comes too fast and always in the wrong order”. Who had imagined that it will be a pandemic of this magnitude and duration which will trigger revolutionary developments in the field of education? It can be said that gamification in the learning process opens up new vistas with control in the hands of the ever-inquisitive students. With schools closed for another foreseeable time, this gamified SFH-Study from Home- seems to be the only fail-proof alternative. Change is the only constant, they say. And the sooner we adopt this change in the way we study or teach, the better it is.

The Education of Second Language Learners: A System in Plausible Deniability
Educating Generation Alpha
Sense of Belonging is an Institutional Responsibility and Roadmap to Student Success
The Importance of Teacher and Staff Recognition!
Keeping Children Safe Online
Choosing the Right Board Post Grade 10
CONTACT US