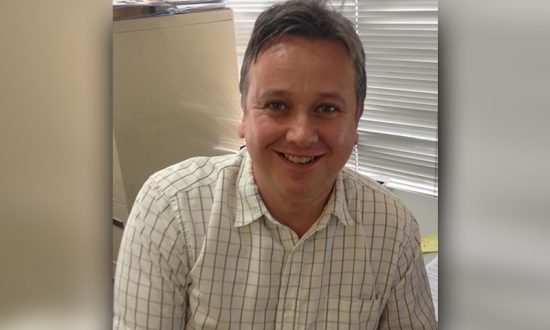 Martin qualified as a professional social worker in 2006. After qualification, Martin practiced front line child protection and family support with periods acting in practitioner, managerial/leadership, consultancy and trustee director roles in the United Kingdom and subsequently Australia. Before 2006, Martin worked in the Health and Social Care Sector in various fields, roles with varying groups of clients and in different workplace settings. Martin
has worked passionately for 26 years in the Health and Social Sector. This includes the Not for Profit and Government Departments and Organisations.

Martin has continued to learn to complete further Post Qualifying Qualifications in Social Work, Health and Social Care and Leadership after 2006. In 2020 Martin has returned to formal studies as part of a planned career break which will focus on the emerging and developing fields of Neuroscience and Epigenetics. He is at the start of a Master of Science Degree in Applied Neuroscience at the famous Kings College in London. This is the second
largest Psychiatric and Neuroscience Research Department in the World and the biggest in Europe.

Martin holds a strong passion for helping children and his vision is to limit the long-term effects of childhood trauma globally. Bringing together the much-needed specialisms for individual specialist needs in child welfare is what he aims to achieve.

Bullying is a complex and dynamic phenomenon, one which would take various articles, even books, to gain a good enough understanding of the many facets involved. This brief article focuses on just one element, that of the psychological effects of bullying on children in education. The article is through the lens of one anonymous primary aged school female child (Z) who allowed me insight into her experiences of bullying relating from day-care, kindergarten, and until year one (ages four to six). The title “The Term’s Sad Visited”, is an unfortunate and heartbreaking reflection of the circumstances some young children can experience and as depicted find hard to recover from and can end with painful consequences. Trauma,
loneliness, sadness, isolation, fear, thoughts or actions about self-harm, breakdowns in friendships, a deterioration and reduced focus on schoolwork, out of control behavior at home, finding a way to speak about feelings as well as locate a safe and trusted adult who will listen and advocate. The article is not just a reflection of a child victims’ psychological responses but a broader reflection of adult societal concerns such as domestic abuse. It is in childhood where such behaviors grow unless stopped. Home and school are entwined in such problematic global issues.

It is essential to define what we mean by the term bullying. For example, being picked on or singled out by another peer in a one-off event, although inappropriate or upsetting is not bullying. In taking two examples of school bullying policies and highlighting trends and themes within both, The Department of Education (Government of Western Australia) and Victoria Education and Training Department (Victorian Government) there is agreement on:

 Bullying is ongoing, targeted, planned, purposeful, and repeated behavior (s) over some time towards an individual or group by another individual and or group(s). Mobbing behavior is another name when the number of participants of a harmful group grows. Power over someone is a crucial
aim and outcome. Bystanders can also be affected by the observation of such incidents.
 Bullying can occur in various environments/contexts such as in person at school, after school, digital (online via social media).
 Bullying can be physical, verbal, social. Therefore, bullying can impact psychologically, emotionally, physically and socially upon someone or group.

In the case of ‘Z’, she was targeted over two years by two boys. The boys attempted to recruit later other male and female friends of ‘Z’ into their group (gang/mobbing mentality). Confidentiality breaches by the friends about ‘Z’ to the boys only added new subjects to bully ‘Z’ on. ‘Z’ over the time of the bullying described feeling ‘fierce, disappointed, feisty, scared, shy, tearful, unnoticed, hurt, not taken seriously, angry, not believed, squashed down, different to the others, unconfident, nervous, worried, unsafe and disliking school’. She let her distress out at home with aggressive outbursts and targeting the pets and her brother (subordinates). On the drive to school, she described feeling ‘weird’ and at times ready to ‘blow up’. A week before a severe incident at school ‘Z’s father witnessed the bullying at a social gathering (birthday party) and noticed ‘Z’s distress and her attempt to hurt one of the boys in retaliation.

‘Z’ described trying to deal with the behaviors herself at first by asking them to stop and informing a teacher. The behaviors did not cease. The behaviors included inappropriate name-calling of herself and her father. She then attempted to avoid and hide from the boys at break and lunchtimes (when the bullying predominately occurred), but again they located her. The boys would tease, chase and push her around. Eventually, a high-profile incident happened at the school. ‘Z’ had a secure attachment with her parents and was able to reveal the extent of what occurred. Despite formal processes being carried out by the school

and new interventions introduced (boys placed in separate classes), this did not stop and an even more serious and again ‘out of sight’ incident occurred a few months later.

‘Z’s bullying consisted of emotional, social, physical and psychological harm. Offsetting this, however, ‘Z’ had friends, was a popular pupil, had a good relationship with teachers and a secure attachment with her parents. She was also involved in the decision making to leave the school.

In identifying trends and themes, ‘Z’ was a female-targeted by more than one person and they were of the male gender. ‘Z’ felt that she was ‘different’ to the other children potentially due to her’ family history, nationality and appearance’. ‘Z’ was open in her views, history, and experiences in class. The bullying made ‘Z’ confused. Issues of gender, identity, appearance, and culture could, therefore, be what the boys looked to expose and penalize her for. ‘Z’ commented that she wished they would bully someone else. ‘Z’ was surviving and losing control of her power.

Further themes related to the nature of ‘Z’s bullying when ‘no one was looking’. The boys took opportunities and looked for isolation and privacy and either found or lured ‘Z’ into such a vicinity. Psychological theory relating to Fight, Flight, Freeze, and Fawn was very relevant to ‘Z’ in different situations. ‘Z’ tried’ to fly at break times to avoid the boys, when targeted by the boys and had no help she froze. She was outnumbered. At other times as described at the birthday party ‘Z’ would fight back as she was visible and there was safety (father). Finally, ‘Z’ tried to please one of the boys, be their friend, do things for them in class, what is known as fawning.

The impact on the brain and physiology of a child during such repeated situations over time can be overwhelming and become unhealthy. Toxic stress and childhood adversity are terms used to describe experiences. In early life, research informs us that it affects our Cortisol (regulates stress) and Serotonin (tied to mood and behavior). Left untreated and ignored this can become extremely serious and can transcend into childhood and adulthood mental health concerns.

Coming Up Short: Examining the Public-School Teacher Shortage
Top 10 Career in Demand on pursuing an MGB course
Building Academic Bridges: A Culturally Relevant Response
Managing Screen Time for Healthy Development in Early Childhood
Why should Leadership Training and Development Programmes be included in Schools
Is it Time for a Pivot in Education?
CONTACT US