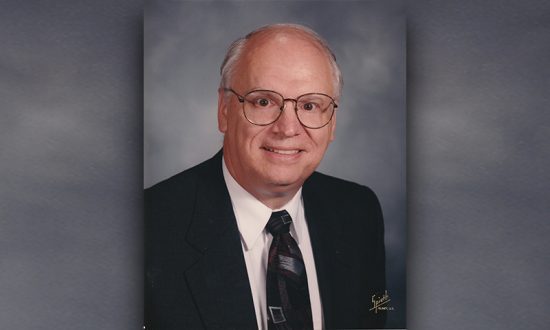 Hans A. Andrews, EdD is the Distinguished Fellow of Community College Leadership. He is a former secondary school business teacher, counselor, and community college counselor, teacher, administrator, community college president and author of seven books. His recent book, Recognition vs. Merit Pay for Our Best Teachers is available at his Matilda Press website.

In recent years spending time researching ‘recognition’ programs for good teachers around the globe I have found results to be an embarrassment in terms of a lack of such programs! In one study in the United States of 20,000 teachers, it was found that 50 percent identified their school district as not having any ‘recognition’ for their teachers. In a national study of community colleges, also in the U.S., Erwin, and Andrews received a response showing that 55 percent of the respondents replied that their college did have some type of recognition for their teachers. This meant that 45 percent of the respondents responded that no such program existed on their campuses.

In surveys of teachers in both Australia and the U.S., the lack of significant quality-evaluation systems and the lack of meaningful recognition outcomes for their top teachers have to lead to much resentment among teachers. The recent move to ‘merit pay’ based primarily on the results of high stakes testing in a number of subjects each year has also led to much dissatisfaction among teachers. The teaching climate in many schools has changed dramatically as now so much more instructional time is devoted to ‘preparing’ the students for these tests. Merit pay has been tried in education off and on for over 40 years and has failed almost universally where it has been tried.

Recognition as a motivational effect on teachers

The motivational effect that awarding excellent teachers with special recognition is important in those school systems that have honest and accountable teacher evaluation processes that teachers respect. The U.S. National School Board Association in 1987 published a monograph which highlighted the one area of agreement in all of the school systems they surveyed. Their findings concluded that the evaluation of teachers has to be perceived as fair, objective and comprehensive by the participants within the schools. It is important to see recognition as one of the developmental needs of teachers as it is in most every other field of work. Teachers thrive on recognition when they know they are putting forth the high-quality efforts necessary to properly educate their students.

One reward only in schools with recognition

In the Erwin and Andrews study mentioned above the largest number of recognition awards in schools reporting was one award. Two and three awards were the other numbers submitted in the study. Only a very few had more than three awards a year. Evans, in 2005, wrote about a division chairperson who had presented the problem with awards that existed in his university. Only one award was allowed in his division of California
State University in Sacramento. He had about 100 tenured and tenure-track teachers. His report is very realistic to what exists at many university departments:

“For the sake of discussion, let’s assume that 25 percent of the faculty members are excellent teachers (I think the percentage is considerably higher). That means it would take 25 years, the length of a typical academic career, to recognize all deserving faculty members, provided that no new outstanding teachers enter the college in the meantime (p. 1).”

This example is not unlike most of the k-12 and community college systems in the U.S. It is important to keep in mind that this low level of recognition is only in the 50 percent that has a recognition program. It is not hard to project that probably 80-90 percent or more of excellent teachers go wanting for recognition from their school supervisors and/or public recognition for their excellent work with students.

Importance of recognition to teachers

In a study in Texas Teacher of the Year the following reasons were listed as important for the teachers:

Findings at Teachers College at Columbia University in the mid-1980 checked with teachers to learn what gave them positive feelings about being a teacher. In order of importance they earned teachers valued:

Key points in the Grattan’s Institute study of, What Teachers Want were identified as:

Recently it has been a time when merit pay has been introduced in numerous countries across the globe. It has been proving to be ineffective and awarded to teachers who are able to show their students improvement on high stakes testing. It has been a costly program and shows very little in student improvements and has disrupted the teaching climate in many schools. Recognition programs, on the other hand, have become respected, and have been a motivator for teachers where awarded. The awards of plaques, letters from the administration or governing board, meeting for the recognition at a governing board meeting, a special supper, and small one-time monetary awards make up the majority of recognition programs.

Educating Generation Alpha
Sense of Belonging is an Institutional Responsibility and Roadmap to Student Success
The Importance of Teacher and Staff Recognition!
Learning Management Systems & Students’ Support
The World of Education is Changing
Branksome Hall Asia- Where Girls Become Powerful Women
CONTACT US