What is Values-based Education (VbE)? 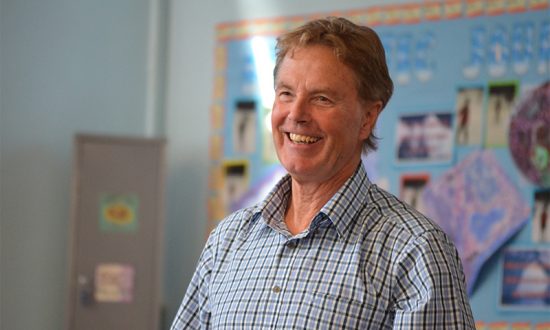 Dr Neil Hawkes is well known as an inspirational speaker, educator, broadcaster, author, TEDx presenter and social commentator. Neil’s thinking is having a profound influence on education and more widely in society. Neil worked with a school community to devise and implement a pedagogical system that would give pupils a transformational vocabulary, based on values such as respect, tolerance, humility and justice. The school community found that pupils were empowered to be self-leaders, with an active ethical compass that affected behaviour, their thinking and the quality of their schoolwork. Today Neil’s philosophy has spread into all aspects of society and is known as Values-based Living. He is one of the V20 Task Group that is advising G20 leaders about the importance of values to humanity. He is also an Ambassador for the Foundation for Education Development. Neil founded The International Values based Trust and its educational arm Values-based Education. His bestselling book, From My Heart, transforming lives through values, celebrates the success of VbE worldwide. Neil’s latest book co-authored with Jane Hawkes, is called The Inner Curriculum, how to nurture wellbeing, resilience and self-leadership.

A society holds together through the quality of its shared values (virtues), which are produced through a shared conversation. (Sachs, 1997)

What appears to be missing from many schools and society at large is a shared vocabulary, based on shared positive human values, which can provide a sense of direction and vision about how to create a stable moral society. The purpose of this article is to argue that teaching about positive human values (e.g., respect, honesty, compassion, care, humility and responsibility) improves the quality of education in schools. Such work creates Values-based Education. A values-based school seeks to promote an educational philosophy based on valuing self, others and the environment, through the consideration of a values vocabulary (principles that guide thinking and behaviour) as the basis of good educational practice.

My experience, as a former Headteacher of West Kidlington School in the UK, is that when a school seriously develops the moral and spiritual aspects of the curriculum (that is, those that positively contribute to the inner world of thoughts, feelings and emotions of the teacher and the pupil), the school community become more reflective and harmonious. The effect on individual pupils, of developing Values Education, is that pupils take greater personal responsibility for their learning and behaviour. They develop ethical intelligence, the ability to ethically self-regulate their behaviour.

My research, undertaken at Oxford University (Hawkes, 2005), indicates that the most effective teachers of values are those who work to be more self-aware and take time to reflect on the deeper meaning of the values being emphasised in the school. Self-reflective work by teachers is seen to have a powerful impact on pupils, who appear to make a connection between what the teacher says and what she does. Such teachers are authentic, meaning that they seek to achieve congruence between their thoughts, feelings and actions. They are aware that they have the potential (as we all do) to be consumed by limiting emotion (e.g., greed, jealousy) and for this to be inappropriately translated into action. Developing reflection as a tool to aid self- control enables both pupil and adult to behave in ways that reflect positive human values, such as compassion and respect. Teachers describe their own positive behaviour as walking their talk: living their values. Such reflective work leads to teachers’ developing a deepening understanding of the values words. They also have a clearer perception of their own attitudes and behaviour and seem willing and able to model the values. Teachers believe that the pupils will learn from their positive example. Therefore, an outcome of my research is the view that the process of Values-based Education must begin with adults (what could be described as the work before the work), before adopting it in the curriculum.

From the evidence, Values-based Education cannot be taught in isolation from the teacher’s own thoughts, feelings and behaviour. It is therefore important for all who work with children to pay attention to looking after themselves, physically, mentally and spiritually. Such wise selfishness then enables the adult to be a positive role model.

Teaching about values affects teachers thinking, and consequently the way that they teach. Teachers are not neutral with regards to values, as values are embedded within their attitudes and exhibited through their behaviour. This implies that, for there to be consensus and consistency of staff expectations and behaviour throughout the school, a whole school Values Education policy needs to be introduced, based on my blueprint for Values-based Education.

The blueprint enables a school to create a structure for Values Education that fosters a climate for learning that makes the role of teachers easier. Teachers believe that the reason for this is that Values Education fosters good interpersonal relationships. They consider that consequently this helps to raise pupil self-esteem and confidence. The result is that the pupils produce quality work, respect staff and are well behaved.

Teachers in values-based schools report that teaching about values has a positive effect on what they term, the inner world of pupils. They think that by talking about their feelings, pupils learn to express themselves more clearly, control their behaviour, and empathise with others (all aspects concerned with the development of emotional maturity). The teachers believe that the pupils learn about values by talking about them in the context of good teacher-child relationships. They believe that repetition and reinforcement of the values words, across the curriculum, is important for reinforcing their meaning. The evidence to show that the pupils understand the values is demonstrated by their use of them in everyday conversations. Pupils appear more aware of their behaviour in the playground and out of school. This contributes to the establishment of a positive climate for teaching and learning. 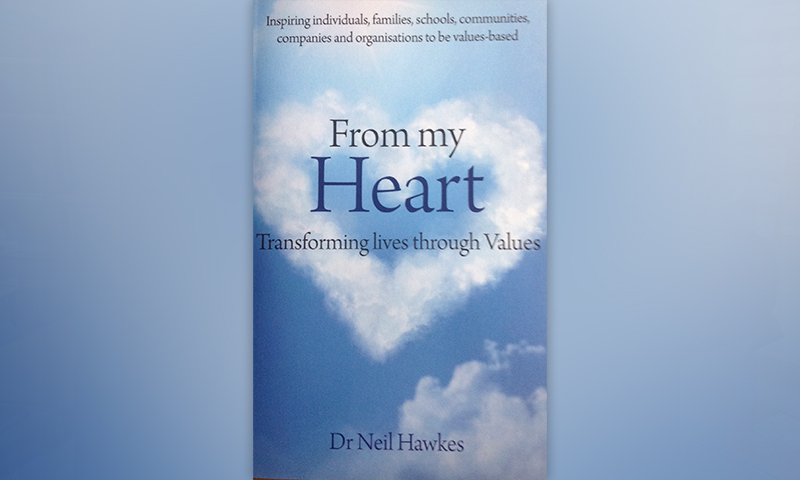 An important conclusion of my research concerns the introduction and development of a values vocabulary. This ethical vocabulary acts as the platform on which pupils and staff develop, and deepen, their understanding of issues concerned with ethics and morality. It appears that the systematic introduction of a common vocabulary encourages reflective thinking, which leads to more positive and ethically based behaviour. Also, frequent repetition and regular discussion about values reinforces their meaning, with the result that they are more likely to be internalised in the   unconscious. This in turn reinforces the pupils’ positive dispositions and acts as a check on behaviour. It cannot be assumed that such a vocabulary will generally be introduced to children unless schools plan to do it through the curriculum.

Values-based schools aim to encourage pupils to be reflective by teaching a technique called reflection/mindfulness, which gives space and time for pupils to focus their minds, allowing their intrapersonal intelligence to be enhanced. Pupils are seen to be able to sit still in personal reflection for extended periods of time, a perceived outcome being that they became more aware of their capacity to determine their own behaviour in a positive way. The evidence indicates that the success of this is influenced by the staff modelling the behaviour. In school assemblies, for instance, staff model the behaviour expected of the pupils. The pupils therefore model their behaviour on that of the teachers. Teachers believe that if they are reflective, it has a positive influence on their own behaviour, enabling them to be more effective. Teachers consider that they are more careful about how they present ideas to children because of Values Education. They maintain positive attitudes that give affirmation and positive reinforcement to the pupils. The teachers believe that the pupils were more likely to reach their academic potential in a class with values-based discipline.

A key aspect of a values-based school appears to be a greater emphasis on the development of good quality relationships between staff and parents. The teachers recognise the vital importance of the role of families in educating children. They emphasise the importance of developing open, sensitive, active, positive teacher- parent relationships. The development of Values-based Education is shared with parents through newsletters and parents’ evenings. This ensures a positive partnership between home and school.

Behind my thinking, lies an understanding that Values-based Education is far more than a process of instilling values in pupils. It is concerned with the very meaning and purpose of education; a statement about the quality of education that can be achieved and the impact that this can have on society and the world. With this view of the role and purpose of education, schools that adopt a values-based approach can positively influence the development of positive values, which sustain a civil, caring and compassionate society.