Why Can the Middle East Be Considered the Goldmine of Education 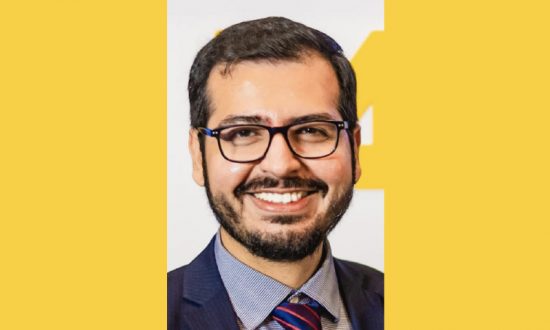 Dhaval graduated from University of Michigan in 2003 with a Bachelor’s degree in Computer Science & Economics (High Honors), and completed Executive Program in Management (EPM) from Cornell University (The Johnson School) in July 2021. In his rich career of 17 years, Dhaval started off as an Investment Banker and eventually moved onto the world of Venture Capital post which he commenced his own entrepreneurial journey. Dhaval was associated with RSM Equico as a Senior Analyst in Los Angeles and then moved onto Bank of America Securities as a Senior Analyst and then Associate in their Oil, Gas & Power division in New York.

We are familiar with people going to the UAE for vacation or jobs or expanding the business, but ever wondered why you don’t hear of someone going to the UAE to study? The Middle East can be considered as one such misunderstood classmate we had at some point in our lives who was judged, cornered, left alone, the kid who had mysteries of his own and whose story needs to be told. Those who’ve traveled to the Middle East know the beauty, diversity, hospitality and generosity of the people of these countries. Let’s slowly unpack the story of these Middle Eastern countries and why they can be the UAE to the IPL of you kickstarting your career.

Being situated between Africa, Asia and Europe, the Middle East has become a junction for traders and travelers since ages. Egypt, UAE, Iran, Iraq, Oman, Qatar, Saudi Arabia, Turkey, Jordan, Israel are some of the popular and known middle eastern countries. The world’s greatest crossroads of Istanbul, the time-warped old streets and bazaars of Jerusalem, the narrowest gorge of Petra, the ancient mosques of Cairo, the Burj Khalifa of Dubai, the ‘vast, echoic and god-like’ Wadi Rum described by T.E. Lawrence proves the impeccable beauty of these countries. Not just cities, women like Paula Yacoubian bred and studied in the Middle East are breaking stereotypes at every step of their lives by being TV representatives, Journalists and Politicians.

Students exploring options to study abroad will find the Middle East countries holding many opportunities for them. Some middle eastern countries to consider while planning to study abroad:

With all these above-mentioned countries that will definitely give you a concrete future, other reasons to study in a Middle Eastern country that might gain your attention are: you will be living in and exploring a widely misunderstood region, you will get a chance to learn new languages, you will develop an experience of local cultures and you will live in magical cities with ancient background and eye-pleasing architecture.

Middle Eastern countries are much more diverse, colourful, culturally rich and soulful than what we are aware of. A study in any of these countries will be a rewarding, eye-opening and beneficial experience to anyone who is planning to study abroad. It’s time to open our perspective and explore the regions that are waiting for us to reach them, who want us to come and read their story in order to merge with ours to write a new chapter of our lives.

Select the Right Subjects in High School Aligned with your College Majors
Regenerating Education by Leading from the Middle: A Reflection Checklist for Districts
Virtual Reality Based Education: Power of Metaverse
Language Eco-Tourism: The Beginning of a New Era
Coping with the New Norm
Skills That Are Essential for High School Graduates
CONTACT US