A Different Perspective on Inclusion for Special Education 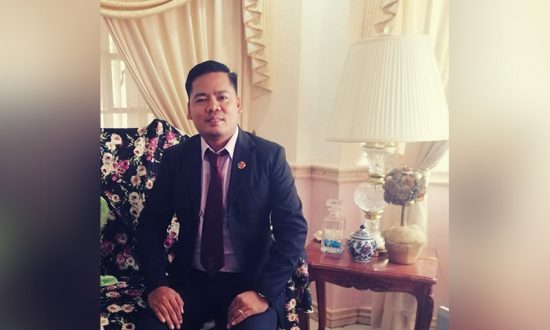 As school head, Mr. Roger G. Malawit was responsible for the over-all operation of the school in Magumbali, Candaba, Pampanga. He actively implements the school programs which include the Boys Scout of the Philippines, Integrated School Nutrition Model, and other pioneering projects such as Global Citizenship Education (GCED), “Happy Smile-Happy School Movement”- a schoolchild protection initiative, and “My Nanay, My Reading Buddy” – a timely initiative in relation with the Sulong EDUKALIDAD by the Department. Winner of the “Outstanding School Head of the Year” by the Instabright Publication for School Year 2019-2020 and the Provincial Finalist for the Metrobank Foundation 2016 Search for Outstanding Teacher, he has been recognized by the local government of Candaba, Pampanga for being an outstanding educator of the community. Sir Roger, as he is fondly called by his peers and colleagues draws great inspiration from his involvement either as participant, facilitator and resource person for various seminars and workshops on topics like DAP-ELLN, Reading and Research at the Division and Region, as well as his participation in activities at the National level. He is a reading advocate and a strong implementer of GCED since he pioneered its implementation in Pampanga. Lastly, he has authored various books on ICT-CSS, Cookery, and Housekeeping for Grades 7 and 8.

Every child is unique. One may have something that the other one doesn’t. Somebody can do something that the opposite one cannot. All children may have some characteristics which will mark a difference amongst one another, but it’s good enough to mention that everyone deserves to find out. Nowadays, the population of youngsters with special needs is getting larger and bigger. A lot of individuals might not yet understand fully what their needs are, but soon they need to, because even as the regular children have rights, then they are as well. One of the most important rights that every child should have is the right to learn. And that is why Inclusion is one of the main controversies right now. What is inclusion all about? Will it benefit the children with special needs, but the regular students will have to suffer? Or are there experts who will be guiding everyone to make this a successful one? Will teaming up with both regular teachers and special education teachers be essential? All those questions are several of my thoughts while trying to find some papers/journals/thesis to research for the sake of gaining more learning.

The three papers are namely, first, “Pre-service Teachers Attitudes Toward Inclusion and Toward Students with education Needs from Different Ethnic Backgrounds”, second, “Effects of Differing Level of Inclusion on Pre-schoolers’ with Disabilities”, and third is a local study “The Shadow Teaching Scheme for Children with Autism and Attention Deficit Hyperactivity Disorder in Selected Regular Schools along Metro Manila”.

The first study involving the perception and attitude of Pre-service Teachers used some questionnaires to know how the SPED teachers act toward the children with special needs. It was a study conducted in Germany by Sabine Glock. Using demographic questionnaires, the researcher found out the implicit and explicit attitudes of teachers to children with special needs (CSN). They are open to the practice of mainstreaming, but the real success of inclusive education depends on the extent to how the teachers accept the fact that there is a big diversity among learners. Most of the teachers are showing positive attitudes to the CSN because they are appreciating the uniqueness of each individual but when it comes to combining regular learners and CSN in one classroom, the population of pre-service teachers became divided because for most of them, it is just true enough to separate CSN especially those who are needing more behavior modification because they will be needing more attention and a lot more of varied activities should be given unto them. There were 46 participants enrolled at the University of Germany. Some of them are majoring in education and a few are in Primary Education. All of them have one loved one or close friend that has learning difficulty. Questionnaires were also prepared for the participants to answer.

The second paper which focused on the differing level of inclusion for preschoolers CSN was conducted in Washington by Mills, Cole, Jenkins, and Dale. The three levels mentioned were special education only, integrated special education and mainstream placements to test cognitive and language development of preschoolers with disabilities. It was also stated in this study that the concept of inclusion came from the idea that there should be the least restrictive environment for everyone and that civil rights should always be given importance. The main question here as well is that if there will be a differing level of inclusions, will it be better, or the individual needs of each special learners must be sacrificed. The findings suggested that the different level of inclusions is also appropriate for different kind of learners. As an example, the low- functioning students need more of the special-education only because they learn best when they’re given much of the attention. On the other hand, those who are high- functioning students benefited more from the level of integrated special education and mainstreaming placements because they are more challenged in this kind of atmosphere. Children did take a norm test to qualify for CSN. All the scholars were randomly assigned to every differing level of inclusion. After assigning each chosen individual, several tests were administered for them to know how each student is from every level are performing.

Lastly, the study conducted in our very own country, Philippines, specifically in chosen private schools in Metro Manila, done by Maryola A. Manansala, looked upon the teaming up of regular teachers and shadow teachers in handling children with autism and attention deficit hyperactivity disorder. The study was done in 5 different schools namely Hope Christian Academy, Greenhills Christian Fellowship International School, Kids World, New Era University and New Jerusalem School. The researcher also ought to know the backgrounds of both regular teachers and shadow teachers. Participants were asked to answer a self-made questionnaire from the Maryola. The results showed that the regular teachers, of course, are graduates with education degrees while the shadow teachers have different educational backgrounds, if not mistaken, less than one-fourth of the participant’s population is with Special Education Backgrounds.

But the main questions here were:

These three different papers have something similar and something different from each other. One obvious thing that I have noticed is that they all used self- made questionnaires to answer their questions. The number of participants for each study is also near to the number of each other. One of the main differences is that the first two studies were both conducted abroad and the other one was here in the Philippines. Though they might have differences in the methods/instruments used, they all just aimed to analyze the practice of inclusion abroad and locally. Fortunately, all studies were able to gather enough data and were able to give answers to their study. Overall, inclusion is good both for the regular learners and children with special needs only if the educators would also extend extra effort to know more about the process because it is very important that they are very knowledgeable about what they are doing.

The Education of Second Language Learners: A System in Plausible Deniability
Educating Generation Alpha
Sense of Belonging is an Institutional Responsibility and Roadmap to Student Success
The Importance of Teacher and Staff Recognition!
Reflections on the Future of Learning
Top STEMM Trends To Watch Out For In The Next Decade
CONTACT US