Home /ACADEMIC VIEWS, STEM STORIES/Top STEMM Trends To Watch Out For In The Next Decade

Top STEMM Trends To Watch Out For In The Next Decade

Morley A Muse, Board Member, Women in STEMM Australia 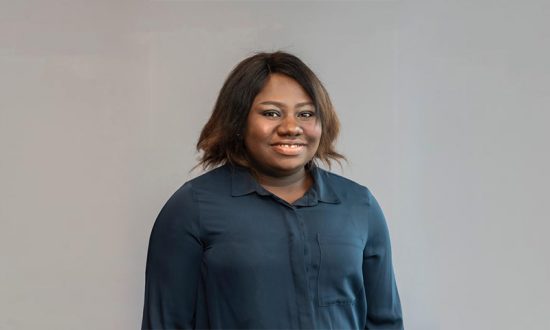 A doctorate researcher at Victoria University, Morley’s expertise and background are centred on generating sustainable energy forms with a keen interest in biofuel energy generation. Her research is specialized in water treatment, microalgae degradation, anaerobic digestion, lipids production, energy recovery, and biogas production. Morley began her journey as an engineer at The University of Nottingham where she studied Chemical with Environmental Engineering. She holds a Masters in Sustainable Energy Technology from The University of Glamorgan (Now South Wales). Morley is an established speaker with experience in government and private events on Science and gender diversity in STEMM. She is passionate about encouraging young girls’ participation in STEM disciplines by mentoring, writing articles and public speaking. She is the co-founder of Women in Science and Engineering (WISE) Club at Victoria University. Currently, a director on the board for Women in STEMM Australia and an Ambassador for CSIRO’s Innovation Catalyst Global, her goal is to promote gender diversity in STEMM and inspire the next generation to pursue STEMM subjects and careers.

As we welcome this new decade in STEMM, one can’t help but wonder what human relevance would be, with the advancement in science and technology. With emerging new technologies, is there any way to predict future STEMM Trends?

Last year, I was at two separate STEMM meetings and couldn’t ignore the number of times the words ‘Artificial Intelligence and Big Data’ surfaced during conversations. It is no doubt that humans always seek easier and better ways of doing things which have undoubtedly led to the progress of science over the years. As a board director for Women in STEMM Australia and Ambassador for CSIRO Innovation Catalyst Global, my goal is to advance and promote STEMM discipline among women and inspire the next generation to choose STEMM careers. So, when asked to discuss on top STEMM trends to watch out for in the next decade, here’s my top 10 list in no particular order:

Whether we know it or not, life, as it is today, is very embedded in the use of AI and robots from using SIRI, Alexa, and Hey Google to Tesla self-driving cars, we are all in one way or the other interacting with AI and robotics. According to PwC’s Global AI study (2017), AI will potentially contribute $15.7 trillion to the global economy by 2030. This will boost China and North America’s GDP by 26% and 14.5%, respectively, which is responsible for 70% global economic impact.

The report also shows industries and services that will benefit the most from AI ranging from Automotive, Financial Services, Retail and consumer, ICT and entertainment, manufacturing, energy, transport, and logistics. Robotics, on the other hand, is set to take 20 million jobs globally according to a report by Oxford Economics.

Next, on my list is the subject of ‘Big Data’. Big data is simply processing of large data sets computationally to show patterns and trends. As of 2018, an estimated 2.65 billion people use social media which is projected to reach 3.61 billion by 2021. With a social media account, comes the subject of privacy as we share most of our lives here. Despite this, the information we share online is generating revenue for quite a lot of industries. Following this, the market for big data will continue to grow. It is expected that big data investment will be about $96 billion by the end of 2021.

Welcoming the new decade, we have all somehow witnessed directly or indirectly the effects of global warming and climate change around the globe. The United Nations calls it “the defining issues of our time…”

In Australia, we have had bushfires, flash floods, dust storms, and hailstones just in the break of the decade alone. Recently in Canada, there was a deadly blizzard that produced drift up to 15 feet tall with wind gist of 100mph All these have not been limited to the Western world alone. While speaking to family members in West Africa, they all complained about how different this year’s harmattan season has been. They narrated how cold it stays all through the day which is unlike the previous years.

In fact, some parts of Nigeria recorded temperatures as low as 9oC morning temperatures this harmattan, in a country with normal average temperature is around 28oC. So, look out for climate change solutions in this decade because we definitely will be needing more Climate scientists and Environmental scientists to help mitigate and prevent the harmful effects of global warming which we face today.

This particular trend is the best on my list as I am a Sustainable Engineer/Scientist. I am currently working on microalgae biofuels via anaerobic digestion and can tell you the world has never been in need of cleaner fuels as we are today, and this will only continue to increase. Currently, the global prices of fossil fuels are coming down. Thanks to hybrid and electric vehicles, solar energy, wind energy, biofuels, and the rest of the renewable fuels we know. The biggest challenge that we are confronted with from renewables is the issue of storage and waste heat. In addition to this, the world will in no doubt sooner or later embrace Nuclear power as it’s the renewable with the highest energy potential. So, be on the lookout for research involving better safety while using nuclear power.

With the world’s population set to hit 9.8 billion by 2050, we are sure to generate more waste. Now the big question, where is all that waste going to? Current plastics waste takes about 1000 years to decompose. The main issue with these wastes is the impact it has on our aquatic life. There have been several reports of aquatic animals been shocked to death as a result of suffocation from plastic waste. The good news, however, is that we can convert this waste to useful energy through a process known as pyrolysis. So, this decade, keep an eye out for companies recycling waste to energy.

According to Phlip Hemme, Biotechnology could have a major impact by 2030 in immune-oncology to cure cancer and in energy generation using microalgae. Microalgae is one interesting topic that I can truly write a book on. My current work involves the recovery of microalgae from the wastewater system to produce biomethane. If we continue the trend of converting to energy, we can hopefully live in a net carbon world reducing our global emissions.

As the population continues to grow, there is a higher emphasis on the need to mitigate and prevent the spread of diseases and infections which is where public health experts come in.

Despite the breakthrough in cancer research over the last couple of decades, more work still needs to be done to prevent and cure the disease. In terms of viral diseases, the last decade saw the sweeping spread of the Ebola virus, especially within West Africa. Entering 2020, the world is confronted with another deadly virus coronavirus, which has already claimed 17 lives and infected 571 people in the Wuhan city of China. So, this decade, watch out for more breakthroughs in viral research and cancer studies.

By 2030, the world population is expected to climb to 8.3 billion people. With issues of drought confronting several parts of the world, there are currently on-going researches to help resolve global food shortage. This means agricultural research and advancement would be on the rise in the coming decades.

Humans have always wondered if there is life beyond the earth. To fuel that curiosity, President John F. Kennedy on May 25, 1961, made it his ultimate mission to put the man on the moon. That was over 58 years ago. Since then, we have interacted and discovered so much about space to the point that there is currently a project, SpaceX founded by Elon Musk aimed at reducing space visit travel cost. There is a similar project; Virgin Galactic, owned by Richard Branson with the same objective of providing commercial flights for space visits.

These curious engagements of the man with space will no doubt continue to gain greater heights in this new decade. Just this year, there has been tremendous competition between these two companies that investor interest is currently in favour of Virgin Galactic. We recently had the first all-female space launch in 2019 which birthed hope in a lot of female scientists and the world at large. So, in this decade, rest assured that there will be more space science discoveries and research.

Will you be one of them?

Educating Generation Alpha
Sense of Belonging is an Institutional Responsibility and Roadmap to Student Success
The Importance of Teacher and Staff Recognition!
Learning Management Systems & Students’ Support
A Different Perspective on Inclusion for Special Education
Inclusive Education for Children with Special Needs
CONTACT US