Home /LEADERS IN FOCUS/Anxiety and Learning – Learning about Anxiety

Anxiety and Learning – Learning about Anxiety 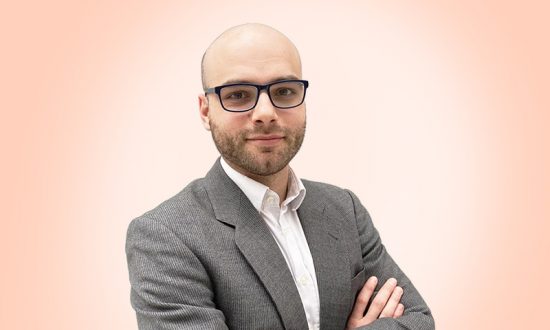 Aleksandar has been working with students as a counsellor for a couple of years, and alongside that, trying to implement as many psychological interventions, knowledge and skills as possible in the classroom. Although without much experience, he has noticed that some of the main issues in the classroom are relatable to his experience with helping students. He believes that a holistic approach to school life of a student is more than a mere necessity, and is trying to spread awareness of the reparatory and corrective function of school.

You enter your classroom and hand out the final exam to students. As they start writing the responses, you notice something different about one of your good students in the class. They are still petrified in front of the piece of paper with a somewhat bewildered look on their face. As the students start handing in the papers, you realise that the aforementioned student is giving you a blank piece of paper.

No small number of teachers have come across such a situation, and have had no small a task to handle it. Why indeed, did the student hand in a blank piece of paper, when they had demonstrated nothing but understanding during the year and even their assessment results were satisfactory? In order to answer this question, we have to look into more personal, or rather, more personality-related matters.

Anxiety is a widely known feeling, most frequently characterised by strong physical sensations, mostly unpleasant, and apprehension of a negative outcome. Perception of a threat is an  integral part of anxiety. It has deep genetic roots, and if we look back, we’ll notice that all of us have, and had, either of the two universal responses to a threatening situation: fight or flight.

For our ancestors, that meant running away from predators, or attacking prey, but for us today, it might simply mean using your knowledge and skills to obtain the highest results at an exam, or sitting petrified in front of a piece of paper. But what is threatening about a piece of paper? As research results have shown, a lot.

Test anxiety, or more broadly, performance anxiety is a state of apprehension and fear of the consequences of being unable to perform a task or of performing it at a level that will raise expectations of even better task  performance. Test anxiety, a state of tension and apprehensiveness associated with taking a test, frequently resulting in a decrease in test performance, is just a type of performance anxiety, related to school situations that include written or oral evaluation. Test anxiety is a problem for many students, and as shown in studies, is related to different aspects of functioning. Not only has it to do with lower performance and overall results, but it’s also related to negative attitudes towards school, teachers, and even peers. That frequently leads to behavioural problems, aggressiveness and higher school dropout rates. Performance anxiety does not have implications just for result-oriented academic functioning, but for overall academic, school, and life functioning, as well. Numerous studies conducted over the last three decades have shown that stable presence of these effects is a proven fact.

Adolescence is a peculiar period of human development, and in many ways the beginning of adulthood. Adolescence is the period when many important questions emerge. The notions of self-respect and self-esteem become essential, more than ever before in one’s development. The level of school engagement is altogether under the influence of these notions. Besides, the level of engagement is directly influenced by self-related factors. Such factors, or self-variables, are many, and this is not the time or place to enter into a theoretical discussion about the number and characteristics of each and every one of them. Overall, what we can say with certainty is that one’s appraisal of one’s own ability, as well as the situation, plays a major role. In other words, the level of student engagement, and consequentially, performance success, will depend on the outcome of the analysis of the question of whether one is capable of achieving the goal, or not.

If a student thinks they’ll achieve the desired results, great! But what if self-assessment goes in another direction? What if failure appears inevitable?

Students deal with this situation in many ways, but it seems that in many cases, they are unaware of how they’re dealing with it. A healthy, beneficial, and productive way would be learning from the experience of failure. A student should acknowledge the situation, accept that their resources and skills were not enough to meet the demands that would lead to achieving the pre-set goal, and see what they can do to improve and overcome the obstacles. 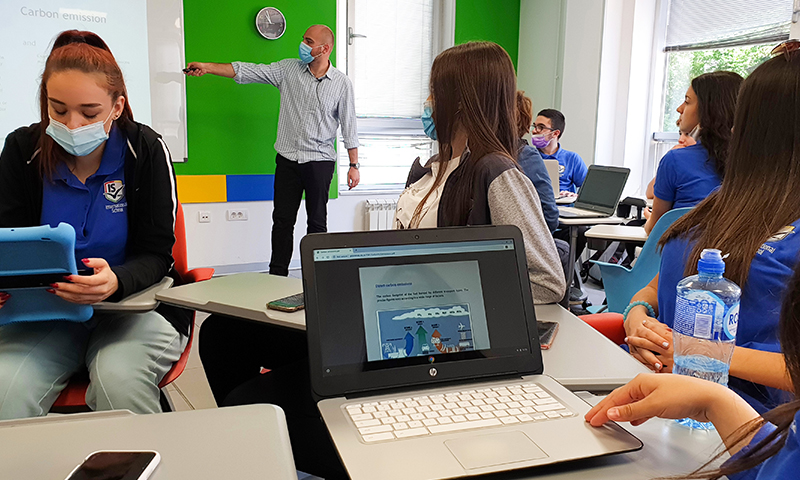 Unmotivated or motivated to fail?

In a 2013 study, the authors outlined the ways in which students avoid dealing with failure. Defensive pessimism is a strategy implemented to alter the meaning of failure by having unrealistically low expectations for completing the tasks where one’s performance will be evaluated. That results in feeling lower levels of anxiety and changing the meaning of failure. As one student put it: If I do better than I expected then it’s a pleasant surprise, and if I do worse than expected then it’s less of a failure. You just try to minimize the fall. This behaviour preserves one’s self-esteem, but in the long run, leads to lower GPAs, higher life stress and dissatisfaction, and increased likelihood of psychological problems. Another mechanism students employ in order to preserve self-esteem is self-handicapping. This distortion of failure occurs when it’s easier to blame my low effort and me not studying for failure, rather than my abilities and sense of competence. This is achieved through behaviours such as task-avoidance, procrastination, choosing other performance-oriented activities (e.g. sport, clubs, extracurriculars), even alcohol and drug use. In other words, the behaviours that are frequently teachers’ nightmares.

That leaves us teachers caught between the students and their anxieties.  Teachers are not miracle workers, but with some extra care, and additional activities, we can assist students to respond to those anxieties in healthier and more productive ways that are beneficial in the long run.

Normalise failure. If students always expect success, they won’t be able to recalibrate their own resources. Instead of always promoting success and high results, promote learning from failure and low results.

Stress can be beneficial. Sitting exams is mostly obligatory for students as their grades, GPAs, placements and admission rates depend on exam results. So, these are inevitable. Rather than let students eliminate stress and anxiety by lowering their goals and aspirations, or opt for self-handicapping, try to normalise failure, and their reactions to it.  Explain the effects anxiety has on our performance, and how to cope with the reactions and the whole situation. This clearly calls for higher awareness of the corrective role of the teacher.

Assist students in making their own goals and self-assessment. Again, a teacher has limited resources and cannot approach each and every student in such a complex process. Rather educate them about it, through different workshops, lectures, and other activities.

Take small steps. If students expect miracles over night, they will be easily disappointed with their inability to reach pre-set goals. Most likely they’ll resort to, or return to avoiding failure.

Consults counsellors. Teachers are frequently not educated or trained for such assessment and activities. Also, teachers have limited resources in terms of time and duties. Counsellors should be actively involved in classroom functioning, especially when it comes to anxiety triggering situations.

Consult other teachers. Other teachers who had previous experience with the same group of students, might give you another perspective, and be valuable allies in approaching students.

Consults parents. Communication has to be a two-way process. Sometimes parents might be the ones who always demand success and have an inappropriate attitude towards failure. Even if they don’t, they might provide information and assistance based on previous experience.

We should strive towards a more holistic approach to students. All the literature and experience suggest that academic performance and achievement can’t be isolated from the global psychosocial development and functioning of a young person. Our assessment tools need to be broadened in order to be able to encompass all the important factors and correlates to academic results. If we want our students to achieve better results, and  become healthier, and more constructive individuals tomorrow, we have to aid them properly today. Our view of what a student can, and cannot do is not only frequently wrong, but also under the influence of their own perception, which is, as outlined above, frequently erroneous. This doesn’t mean that there are no limitations, of course, but we shouldn’t be quick to say where the limitations lie, or what they consist of. Take multiple perspectives, collaborate with other teachers, counsellors, parents, and most importantly, students themselves. They should be empowered and supported as much as possible, so that their skill set and knowledge serve them well in the future in an academic sense and provide a firm foundation for living better lives overall.

Leading with Passion and Purpose
SEL and Why It Matters to Students
How the Design for Change Methodology Addresses the Needs of Students in the 21st Century
Our Lives on a Continuous Loop – The Relationship between Social Media Use and Wellbeing
Growth Mindset: Neurotransmitters in the Science of Learning
Creating a Better Education System
CONTACT US