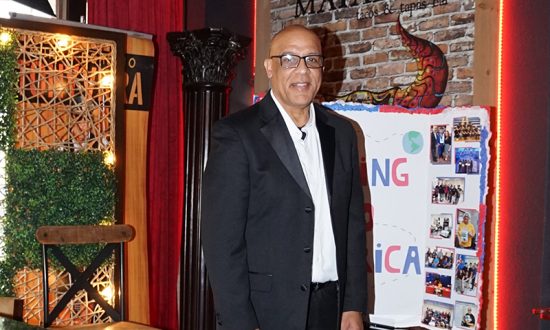 As an English as a Second Language (ESL) teacher in New York City, Manuel Hernandez had many recently arrived students from all over the world. Determined to bridge that gap, he discovered culturally responsive teaching. Purpose called him to come to Central Florida and use his teaching experience to facilitate language learning and get young adults (particularly immigrants) college and career ready. After several years in Florida, he has been able to help open the academic doors that were shut for many of the recently arrived students. His Coming to America (CTA) educational program has impacted second language learners in Florida.

The demographics of school districts have changed drastically across America. Gradually, the steady trend towards a population shift has baffled United States census projections and researchers alike. As recent as August 1, 2022, Statista Research Department, stated that “as population numbers in the U.S. continues to grow, the Hispanic population has also seen a similar trend from 35.7 million inhabitants in the country in 2000 to some 62.09 million inhabitants in 2020.” Increased immigration rates and rising birth rates have contributed to these numbers. By 2030, there are those who estimate that at least one out of three students in American schools will be Hispanic.  While more immigrants cross American borders and settle in schools across America, the educational system has become stagnant and is not totally equipped to receive the new incoming immigrants. There is a dire need to build academic bridges with a guided relevant response.

As Central and South American economies continue to plunge, additional families join the influx of thousands of families pouring into Florida, Texas, and other states with growing immigrant populations. Recognizing culturally relevant competencies are essential to understand the social, historical, and cultural experiences of the newfound immigrants. Second, it is vital to comprehend how to integrate cultural competencies and help second language learners develop the necessary skills to learn English, graduate from high school, enter college and become lifelong learners at the same time. Because of the foreseeable population shift, it is imperative to build bridges to engage and empower the growing student population at the high school and college levels across America.

When I worked as an instructor of English at the University of Puerto Rico, Rio Piedras Campus, I incorporated the literature of the Puerto Rican Diaspora in my Introduction to Literature courses. The students were 99% Puerto Rican, and they were only offered American and British survey literature courses at the undergraduate level. Puerto Rico has been a United States territory since 1898 and its relationship with America is unequivocal. Although the literature of the Puerto Rican Diaspora, and legendary writers like Tato Laviera, Judith Ortiz-Cofer, Victor Hernandez-Cruz, Sandra Maria Esteves and others were not included in the course syllabus, I built a bridge, and the culturally relevant response lured their interest in the literature of Ernest Hemingway and William Shakespeare as well.

As a culturally relevant response, I created English 3285, The Puerto Rican Experience: Puerto Rican Writers in the U.S., an undergraduate course at U.P.R., Rio Piedras since 1998. As the course approaches its twenty-fifth anniversary, the one-time elective course is now a requirement for English majors at the School of Education at the same university. As a testimony of its legacy, the course has given birth to several graduate courses with aligned literary discourses at the College of Humanities. When bridges are constructed, the gateway to success is guaranteed and with increased academic results, and a design for the present and future generations is the scientifically based outcome.

Fast-forward to 2022, in the public school system in Florida, there is hardly any reading and/or discussion of authentic and relevant literature that represents students as a distinct and unique culture. Central Florida high school’s demographics have changed dramatically in the last 20 years.  As a culturally relevant response in Florida, I created “Creating Lifelong Writers: An Interactive Media Conference with author Esmeralda Santiago”. The academic event constructed a literary bridge and allowed high school students from all ethnic backgrounds to empower themselves with a live interactive media conference with one of the best-selling authors in the United States. The purpose was to enhance effective teaching instruction aligned to the so-called Common Core strategies. Esmeralda Santiago is a professional writer with a master’s degree in Creative Writing from Harvard University that provided insight into the college and career readiness skills required by universities and colleges. Her experience as a published author provided a wider scope into the writing process that students benefited from as they got ready to enter college.

If the population trend in the United States continues, by 2050 one of every two students in United States schools will be Hispanic. Why wait until half of the school population is Hispanic to build strong academic bridges? It simply does not make sense. An educational system must meet the expectations of its clients. Nelson Mandela stated that “education is the single most powerful weapon in the world”, but a weapon without a target is like a cowboy on a horse without a saddle. There is a need to build academic bridges with culturally relevant bridges today. South Africa lost its identity when a minority dared to rule over a majority with force and impunity only to get back on track when a “culturally relevant education” became a priority. Let’s make it a priority to dig deep into the educational system and identify and explore strategies on how to build bridges with a culturally relevant response. As a good friend of mine would say, “the culture that we save may be our own.”