#crackthecode: How SK Telecom is Generating Social Value Through Coding Education in Paraguay 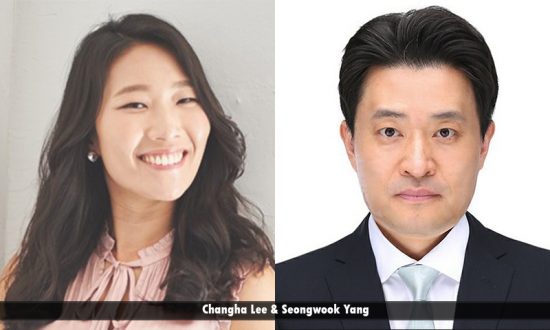 Founded in 1984, SK Telecom (SKT) is the largest telecommunication company in South Korea. It is the most popular mobile carrier in the country, with almost half of the Korean population registered as its users in 2019. SKT operates based on a business model called Double Bottom Line, which emphasizes both economic and social values. It generates revenues from tapping into six business areas of mobile operator, media, security, commerce, mobility, and artificial intelligence (AI) and contributes to social wellbeing by harnessing technology to tackle ongoing social issues. SK Group is the only company from Korea that is a member of the Value Balancing Alliance, an international alliance for corporations focusing on social contribution.

As a leading information and communications technology (ICT) company, SKT utilizes state-of-the-art technology to overcome some of the most challenging and pressing issues experienced by the vulnerable population in our society. Goyohan Taxi was launched for people with hearing impairment to become drivers and communicate with passengers through a tablet. An AI speaker NUGU was developed and leveraged for elderly care: it reminds users when it is time for medication and offers simple workout and entertainment programs (brain-training games, karaoke, etc.). It is also used as part of COVID-19 responses and makes phone calls to notify a person of the vaccination schedule and monitor side effects.

Education, in particular, has been the pivotal sector in which SKT has heavily invested for the longest period of time. Since the inception of social contribution programs in the 1990s, the company has worked with vulnerable populations to expand access to technology and develop their digital skills. Back then, programs were limited to basic digital literacy, teaching youth how to search and collect information online, which took a turn when digital skills broadened its concept and became a suite of skills in the 21st century. 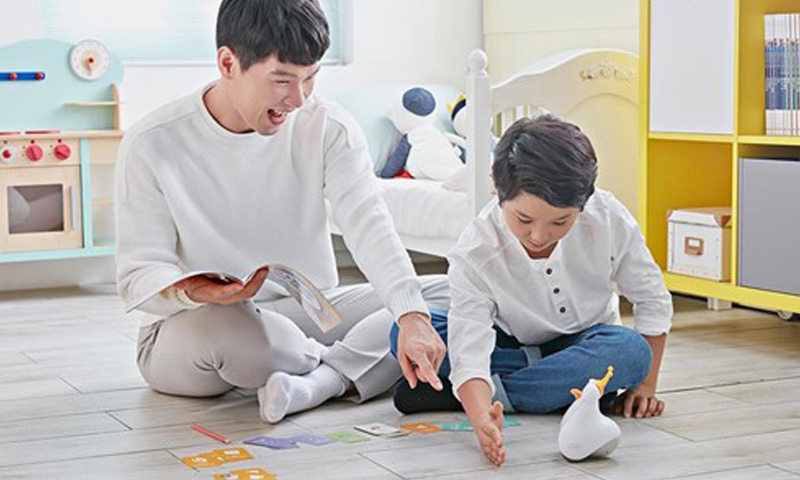 What is the single most pertinent skill for professional and personal success in the 21st century? What makes the 21st-century curriculum unique and different from what most adults learned in the previous century? A simple answer would be coding education. SKT supported coding classes around the world by developing and releasing the Smart Coding Robot Albert in 2012. Countries like South Korea, Finland, and Estonia, whose students excel in STEM fields, have coding education as part of their compulsory education starting as early as the 1st grade, depending on the country (Mateo Diaz & Becerra, 2019). Computational thinking skill is indeed a powerful skill set composed of not only programming but also applying critical skills such as problem-solving, critical thinking, and creativity.

Most recently, using Albert, the company rolled out Happy Coding School for youth with disabilities who are often left out from innovative pedagogy and access to state-of-the-art technology. Since 2019, the program reached 1000 youth in 100 schools in Korea, offering support in the following areas: curriculum development, technical support, and enhancing employment opportunities. First, the company established a working group across developers, computer science professors, and special education teachers and designed the first-ever coding curriculum and textbooks for students with special needs. As for the pilot, it deployed 300 instructors to assist in coding classes and offered advanced courses for those who excel and can be hired for their basic programming skills. This program was carried out in support of the Korean government following the previous collaboration helping them introduce a coding curriculum in elementary schools and pilot coding classes in 2017.

SKT’s commitment to expand learning opportunities and develop children’s computational thinking skills goes beyond borders. The Smart coding robot Albert is available in Europe and Asia and is currently expanding to Latin America and the Caribbean region after its first launch in Costa Rica in 2016. In 2018, SKT joined forces for the second time with the Inter-American Development Bank (IDB) and the Ministry of Finance in Korea to introduce coding education in Paraguay. As part of its global corporate social responsibility effort, the company donated 900 Alberts (an in-kind value of USD 750,000) to the Ministry of Education to embark on the project Irûmi to pilot coding classes in Paraguay. It was a matching fund to the donation made by the Korean government (USD 950,000) through IDB.

Irûmi is Albert’s new name in Paraguay. It entails a dual-meaning that is a friend, classmate in the local language, Guarani and a go-getter, achiever in Korean. Irûmi is a multi-faceted project led by the 21st Century Skills Initiative at IDB with sub-components such as curriculum development, training, implementation, and evaluation. The target beneficiaries include 2080 2nd graders and 104 teachers in 104 schools across nine departments in Paraguay. SKT is heavily involved in the first two areas, which are the activities tied to their donations of coding robots and the curriculum for early graders. The latter two are in charge of other partner NGOs: Organización Multidisciplinaria de Apoyo a Profesores y Alumnos (OMAPA), a Paraguayan STEM NGO, is in charge of ensuring and monitoring the quality of the intervention, and Innovations for Poverty Action (IPA) will conduct impact evaluation by running a randomized control trial (RCT) on treatment and control schools measuring the impact of coding classes on the early grader’s numeracy and computational thinking skills.

The curriculum and textbooks used in the Irûmi project went through an iterative process to adapt to the Paraguayan context and ensure its quality. The original version was first developed by SKT in collaboration with the Teachers Association for Computer Education in Korea. It was strategic for the company to work with teachers so that the activities targeting the development of computational thinking skills reflect interactions taking place in the classroom, and by simply enjoying games, students can naturally learn about programming.

After materials were translated to Spanish, coding experts from OMAPA completed the first round of adaptation work. During this process, the target grade was identified (2nd grade), and activities and instructions were modified to align the interest of the Paraguayan kids. Consequently, Irûmi curriculum and textbooks (teacher’s guide and student workbook) were submitted to the Ministry of Education in Paraguay (MEC) and were revised for the second time, incorporating their comments and recommendations. Currently, materials are going through an official validation process. 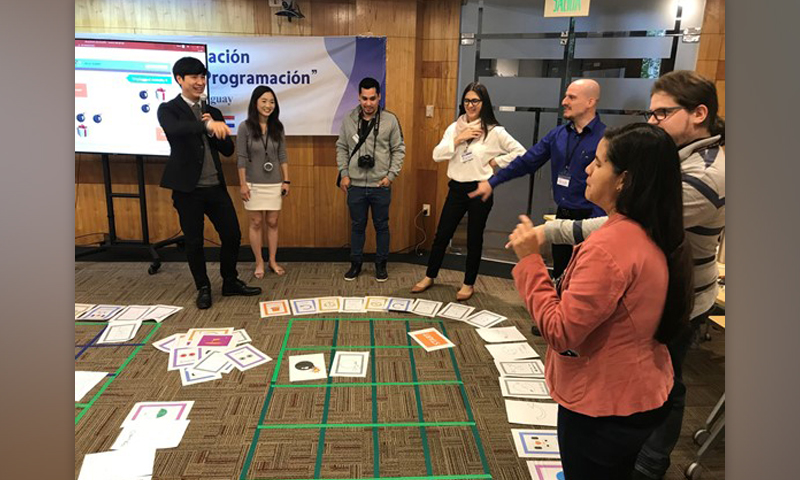 The Irûmi project operates on a cascade knowledge sharing model, also known as the Train-the-Trainer model. Altogether, three trainings were designed and planned: two of which are complete and the last, between trainers and teachers, is currently suspended due to the rapid expansion of COVID-19. The first training was in between authors of the Albert curriculum, MEC officials, and coding experts from OMAPA. This was to offer an overview of the Albert curriculum and lay the groundwork for the adaptation process, which was later carried out by OMAPA and MEC. In training, the authors also discussed the importance of computational thinking skills in the 21st century and shared best practices from Korea and how to incorporate the Albert curriculum in a low-resource context.

After coding experts from OMAPA completed the first adaptation process, they designed a training program for 30 trainers recruited for this intervention. The trainers were mostly fresh graduates from college majoring in education and gathered in Asuncion for a weeklong training. When schools are back in session, trainers will train teachers to carry out a 40-minute coding class to 2nd graders every week, along with the help of teaching assistants who are older students (8th – 10th grade) in the neighbouring schools. Support from the teaching assistants (TAs) is critical to this intervention, as teachers may feel overwhelmed or intimidated by the introduction of new technology and pedagogy in the classroom. TAs will accompany teachers, provide technical support, and lead group activities and games introduced in the student book. As a follow-up, trainers will pay a monthly visit to each school to technically support teachers and teaching assistants. The coding classes will be offered in 104 schools across 9 departments (Alto Paraná, Central, Concepción, Cordillera, Guairá, Itapúa, Misiones, Paraguarí and Asunción) in the country. Currently, the project is suspended due to school closures in Paraguay and will resume after the reopening. 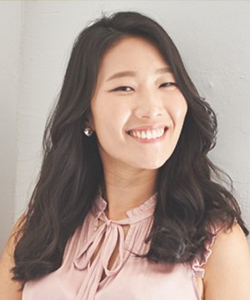 Changha Lee is an educator and researcher. In 2018-2021, she worked as an education consultant for the 21st Century Skills Initiative at the Inter-American Development Bank (IDB), primarily working on digital skills. She is the recipient of multiple merit-based awards, including the KOICA Scholarship for Graduate Studies (2012–13) and the Korean Government Scholarship Program for Study Overseas (2014–16). She holds a PhD in international education policy from the University of Maryland. 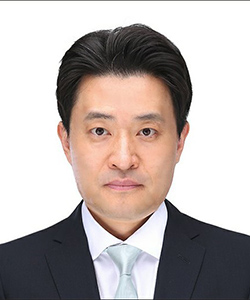 Seongwook Yang is Senior Social Education Manager of Environment Social Governance Group at SK Telecom. He is a project manager for the award-winning smart coding robot Albert. He is in charge of developing programs and expanding international markets in collaboration with the governments (France and UAE) and international organizations such as IDB (Costa Rica and Paraguay). He also manages Albert Coding Lab in Bonanova Foundation in Spain. He holds a PhD in education engineering from Korea University.

Make Learning Faster and Better For Students with Various Platforms & Tools
Why is Data and Privacy Increasingly Becoming more Popular in the EdTech Sector?
Learning Without Limits: Increasing Tech Accessibility in the K–12 Classroom
Online Education in India - Impacts Created by the EdTech Industry
Hello Disruption!
Video Games: More than Just a Game
CONTACT US